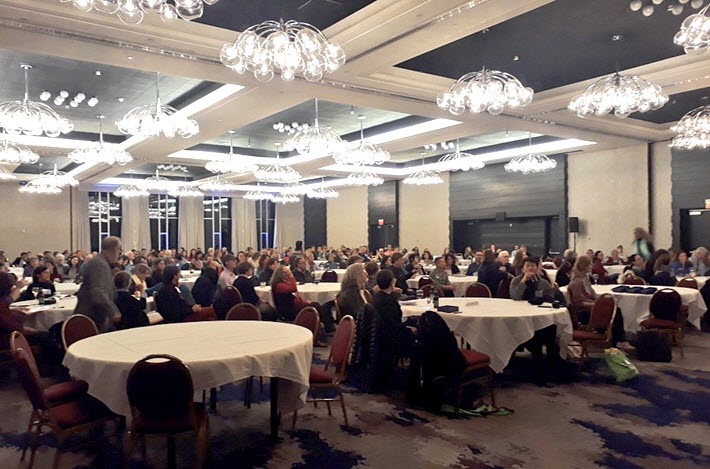 A total US$15,000 is being dispersed to winners of this year’s National Translation Awards from the American Literary Translators Association.

At its annual conference in Rochester overnight (November 8), the American Literary Translators Association (ALTA) has named its National Translation Award winners for 2019, as the United States market’s “only national award for translated fiction, poetry, and literary nonfiction that includes a rigorous examination of both the source text and its relation to the finished English work.”

In other words, these are people who can read both the source text in its original language and the text’s English translation. They’re the ones who can tell just how faithful, or not, a translation may be. So there’s more than one criterion at work here: Both the quality of the finished English language book, and the quality of the translation are examined by ALTA’s jurors.

While the awards for prose and poetry are the two key awards—Publishing Perspectives readers knew the shortlists on October 10—there also are specific prizes in Asian and Italian translation, as well. 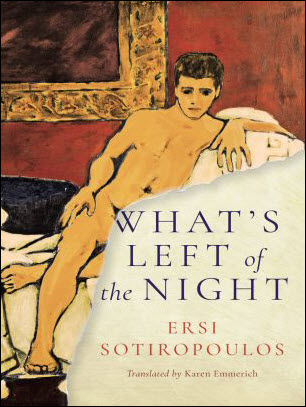 What’s Left of the Night by Ersi Sotiropoulos, translated from the Greek by Karen Emmerich (New Vessel Press).

According to jurors, “CP Cavafy has been summed up as “a Greek gentleman in a straw hat, standing absolutely motionless at a slight angle to the universe.”

“Ersi Sotiropoulos’s What’s Left of the Night shakes off this cliché with sinuous sentences that describe a man in motion thoroughly enmeshed in the world. She takes us into three days and nights of Cavafy’s European tour in June 1897, as he stays in Paris with his brother and explores the city—and his still-unnamable passions.

“Moving seamlessly from description to thought to assessment of the poems he’s working on, the story allows us to live, briefly, in this history; in Karen Emmerich’s translation, the prose becomes as luxurious and welcoming as Cavafy’s own poetry.”

Translater Emmerich works in both Greek poetry and prose and is known for her translation of the late Eleni Vakalo’s Before Lyricism (Ugly Duckling Presse, 2017).  Jeremy Tiang presented the award, which pays US$2,500. 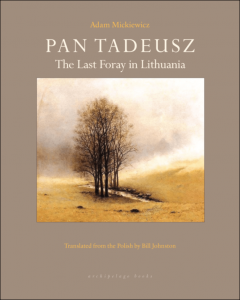 Pan Tadeusz: The Last Foray in Lithuania by Adam Mickiewicz, translated from the Polish by Bill Johnston (Archipelago Books)

The jurors write, “In the early 1830s, fleeing the most recent wave of armed insurrections that destroyed the centuries-old lifeways of his native Poland in the space of a generation, Adam Mickiewicz penned the 450-page verse novel that would be hailed as Europe’s last great national epic.

Johnston, the translator of this work, also won the PEN Translation Prize for Wie3slaw Mysliwski’s Stone Upon Stone (Archipelago, 2011). This award pays US$2,500. 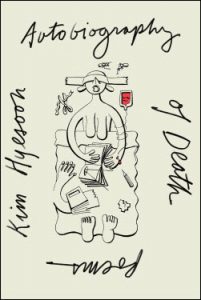 Autobiography of Death by Kim Hyesoon, translated from the Korean by Don Mee Choi (New Directions)

“To read these poems is to pass through a geography of catastrophe, exclusion, and violence, and to reach their end is to glimpse the necessity for rebirth.

“Hyesoon’s expansive line, serial composition, and plural address blast open a vital, shamanistic space for the dead to speak with, to, and through the living, and Don Mee Choi’s translations deftly activate a visionary poetry of great speed, volume, and vision. The collaboration between Hyesoon and Choi continues to energize and challenge contemporary world Anglophone poetry into a zone beyond borders.”

Translator Don Mee Choi is also an author in her own right, her books including the upcoming DMZ Colony (Wave Books, April 7). Steve Bradbury accepted the award on the winner’s behalf. The award purse in this case is US$5,000. 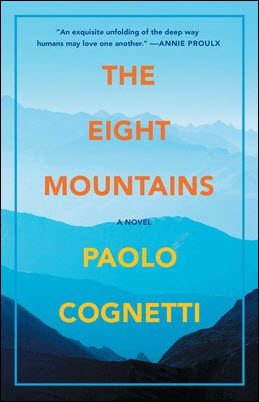 ALTA’s Italian Prose in Translation Award was established in 2015, and its winning title this year has two translators.

In their rationale, jurors write, “Short-story writer Paolo Cognetti’s first novel—a meditation on the deeper meanings of friendship and family—has become an instant international classic in 38 languages, and for good reason.

“Probing the themes of male friendship and father-son relations, it casts the mountains in the role of a teacher whose lessons are taught through the challenging, exhilarating and often devastating ascents and descents of life. The characters, so tied to the Italian alps in which they live, are brought to life through gentle description and precise dialogue.

“Cognetti has described his creative process as ‘writing from truth,’ ‘like a painter with a palette’ as he walks the alpine landscapes, kneading his experience of the land and its natural seasons into words. To do this, he has had to learn a whole new vocabulary from his mountain friends that ‘the Italian of the plains’ does not possess—words in dialect injected into the narrative that create a sort of otherworldliness, ‘as if it were a foreign language.’

“Poet Simon Carnell and writer Erica Segre capture this foreignness with serenity in their translation, soothingly transforming his lyrical descriptions into a lilting, cascading English. Like the author himself, we come to understand the title’s meaning only as the story unfolds and the horizon opens up onto the next peak, folding the past back onto itself and revealing the aching rewards of nostalgia.

“This novel asks questions of class, education, generational differences, and the ways in which friendships can move with time, portraying the varied kinds of love the human condition allows us to experience.”

Translators Segre and Carnell, working as a team, have seen their translations of quantum physicist Carlo Rovelli from Penguin Random House Riverhead—Seven Brief Lessons on Physics (2014), Reality is Not What It Seems (2016) and The Order of Time (2018)—have each become New York Times and Sunday Times bestsellers.

The award was accepted on the translators’ behalf by its former winner Elizabeth Harris. The winners will be awarded a US$5,000 prize.

ALTA will open its submissions portal for the 2020 cycle of awards in January.