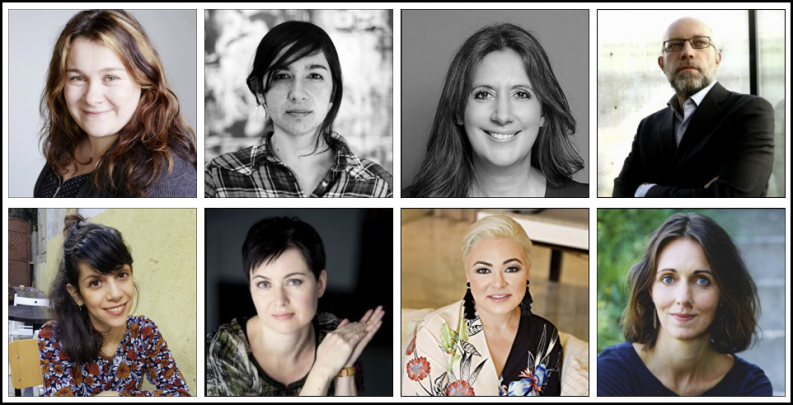 From Oslo, Helsinki, Paris, Mexico City, New York, Jerusalem, Zurich, and the Basque region’s San Sebastian, here is a roundup of new rights deals ahead of this year’s Frankfurter Buchmesse. 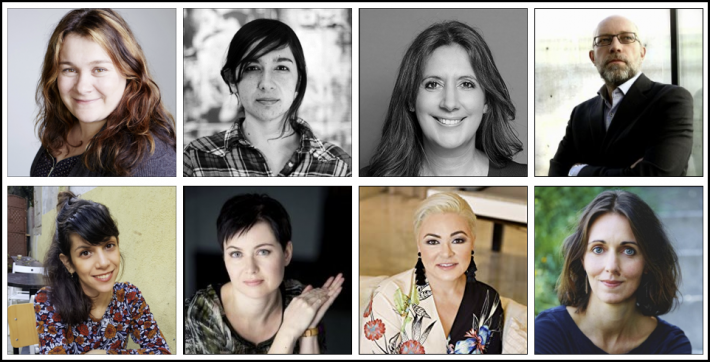 A month ahead of the October 16 to 20 Frankfurter Buchmesse–and your meeting slots already are full, right?–we’re here with one of our Rights Roundups today (September 19), and its range is impressive.

Representing the work of seven women and one male author this time, our material ranges from literature for young people from Israel and Finland to romance from the States, women’s fiction from Switzerland and France and adult commercial/literary fiction from Norway, Mexico, and Spain (by way of New Orleans).

If you’ll be engaged in rights trading while at Frankfurt this year, remember that the Literary Agents and Scouts Center, the LitAg, will be in the Festhalle, near Messe Frankfurt’s “City” entrance, as part of the “Future Frankfurt” refurbishment and rebuild of some of the fair’s buildings. More details of that, and a ground plan, can be found in our coverage here. 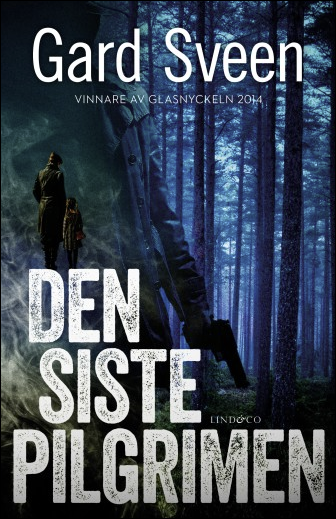 In promotional text about the book, we read, “Carl Oscar Krogh is found dead, gruesomely murdered in the middle of the day.

“A couple of weeks earlier some human remains are found in Nordmarka, seemingly dating from World War II. Tommy Bergmann, a stubborn police inspector, starts looking for a connection between the murder of Krogh and the old skeletons.

“The hunt for Krogh’s killer becomes a race against the clock—back to a time when truth was the first victim, love was a battlefield, and survival its only glory. 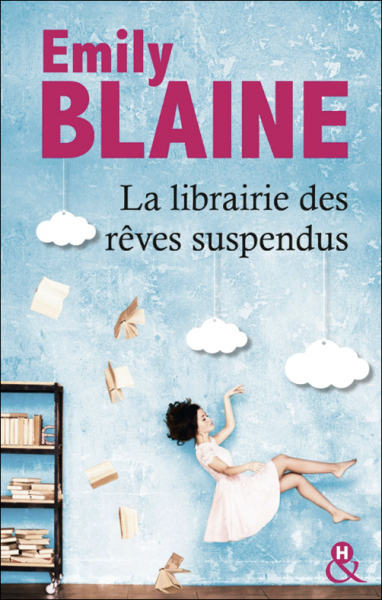 The Bookshop of Suspended Dreams

From the book’s descriptive material: “Sarah owns a struggling bookshop in a small village. Maxime is a movie star and a notorious bad boy with a quick temper. In order to avoid time in prison for his latest fight, Sarah becomes his savior.

“A mutual friend arranges for Sarah to house Maxime for two months. In exchange, he has to help her with repairs in the shop. 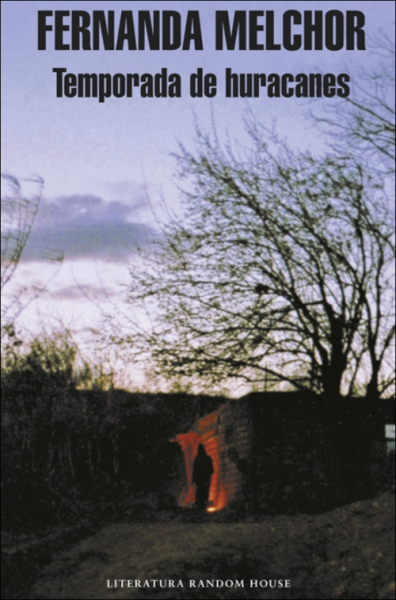 Promotional copy tells us, “Inspired by a real event in rural Mexico, Hurricane Season takes place in a world filled with superstition and violence.

“The village is rife with rumors about the murder of a feared and respected woman who carried out the community’s shamanic customs. In visceral language, Melchor extracts humanity from brutal characters and spins a heartrending tale of dark suspense.

“This crime investigation is also a timeless tale of love and hatred.” 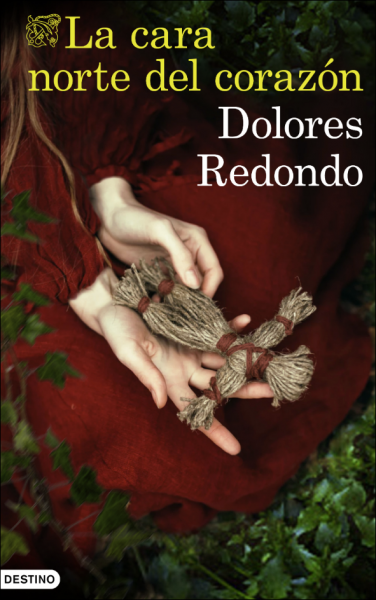 The North Face of the Heart

Promotional copy about this new novel from one of Spain’s most reliable bestsellers tells us, in part that “the new novel is set between New Orleans and the Baztan Valley.

“Amaia Salazar is a 25-year-old detective in Pamplona when she unexpectedly becomes part of an FBI special unit working to apprehend a serial killer, who only murders during natural disasters–on the eve of Hurricane Katrina.

“During the investigation, a call from her aunt in Elizondo will awaken old ghosts from her childhood, exposing herself, once again, to ‘the north face of the heart.'” 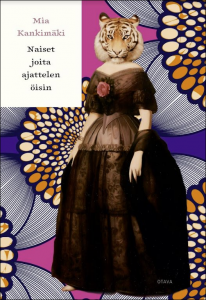 The Women I Think About at Night

In promotional descriptive material on the book, we read, “The Women I Think About at Night is a narrative nonfiction piece about some of the bravest and most inspiring women in history.

“To write this book—part travelogue and part biography—Kankimäki left her job, sold her apartment, and traveled to many parts of the world in the footsteps of 19th-century women explorers.

“She went to Africa to see where Danish author, baroness, and coffee farmer Karen Blixen lived; to Japan to research Yayoi Kusama; and to Italy to look for forgotten Renaissance women painters of the Uffizi in Florence.” 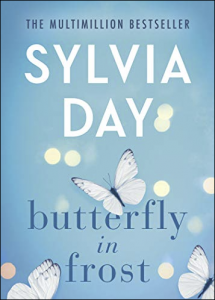 Promotional descriptive copy for the book reads, “From the author of the Crossfire series,” Day’s novel features a woman whose comfortable life is disrupted when Garrett Frost moves in next door.

“He’s obstinate and too bold, a raging force of nature that disrupts the careful order of my life.

“I recognize the ghosts that haunt him, the torment driving him. Garrett would be risky in any form, but wounded, he’s far more dangerous. I fear I’m too fragile for the storm raging inside him, too delicate to withstand the pain that buffets him. But he’s too determined…and too tempting.” 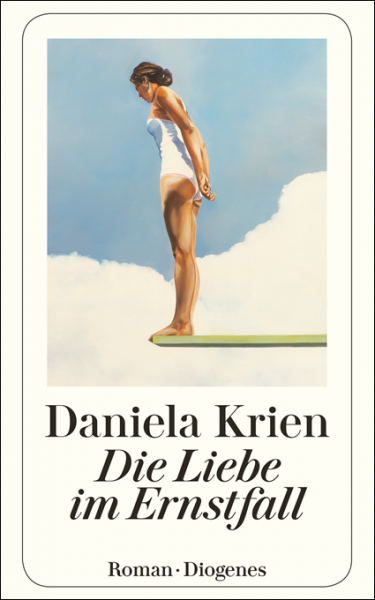 Promotional copy for this title tells us, “Their names are Paula, Judith, Brida, Malika, and Jorinde. They know each other because fate or kinship holds them together.

“They are as different as they could be and yet their search for happiness unites them. But happiness is fleeting, turns sour and becomes pain, which the five women stand up against with all their might.

“This new book is a touching and moving novel about five women, five lives, five fates.” 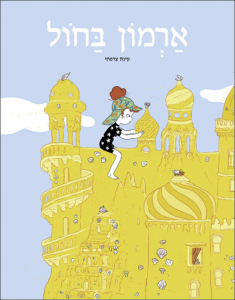 By Einat Tsarfati, author and illustrator

In promotional details, we read, “A young girl is on the beach with her parents and she builds a sand castle. But not just any sand castle. She builds a real castle with banquets, balls and tournaments.

“Everyone seems to be having fun until at breakfast they discover sand in the royal strudel,  and in the fig milk bath, and everywhere.

“This is a ground-breaking story about children’s imagination and problem solving.”

The author-illustrator Einat Tsarfati discusses Sand Castle and its messages for young readers in this video:

Do you have rights deals to report? Agents and rights directors can use our rights deal submission form to send us the information we need. If you have questions, please send them to Porter@PublishingPerspectives.com.

More of Publishing Perspectives‘ Rights Roundups are here, more from us on rights issues overall is here, and more on the Frankfurter Buchmesse is here.