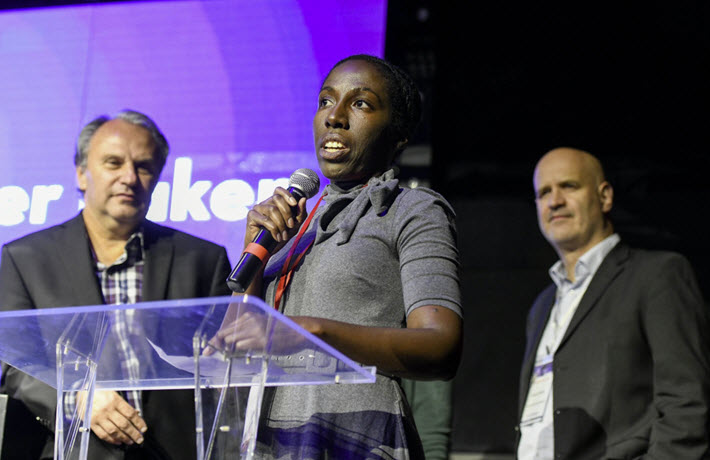 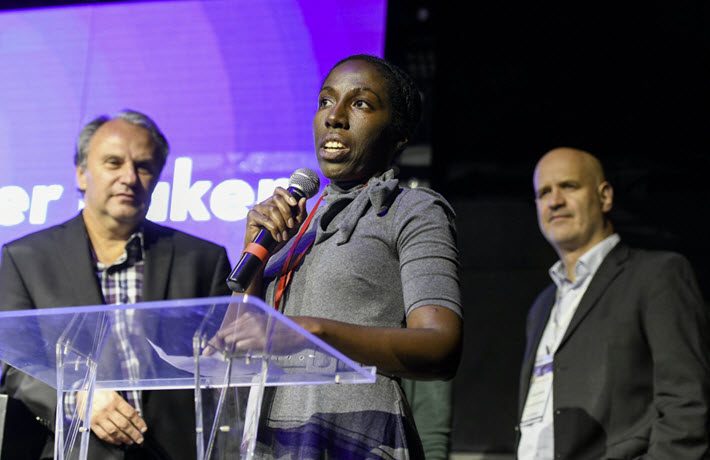 ‘I Want You To Be Taken Seriously’

In what some in book publishing today might see as a chicken-and-egg problem, Jennifer Baker says the two sides of the same issue are equally challenging. One is that, as surveys show us, most book industry staffing doesn’t reflect the diversity of the American population’s readers. The other is that the literature produced for those readers doesn’t reflect the multicultural range of the consumers to whom it’s offered.

“They’re definitely equally problems,” Baker says in an interview with Publishing Perspectives. And her insights into the complexities and nuances of the issues involving the American publishing industry’s weak representation of people of color, in particular, have been developed over the course of 92 episodes in her long-running Minorities in Publishing podcast series.

At the annual PW Star Watch announcement party in New York City on Wednesday evening (September 18), Baker was named the ‘Superstar’ of the year, an honor that provides her with an expenses-paid trip to the Frankfurter Buchmesse (October 16 to 20) and top-level all-access Business Club and conferences ticketing. She’ll be a member of the book fair’s Young Talent program, networking with her counterparts from seven other markets as this year’s top Star Watch emissary from the States and Canada. A special reception and an invitation to Buchmesse’s opening ceremony is part of the package.

And this is the first time the program’s winner has arrived with such a broad field of activity, standing at the top of the list as a self-described, “writer, editor, advocate and podcaster.”

‘The Best of the Best Rising Stars in Publishing’ 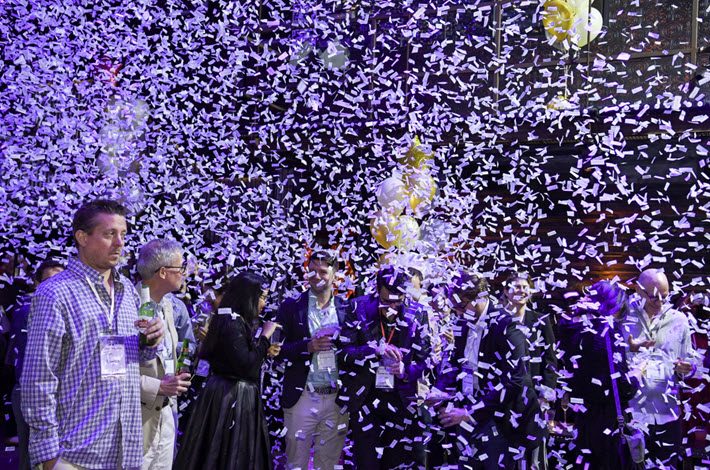 As Publishing Perspectives has reported, the program starts each year with 50 semifinalists and leads to the choice of the Superstar from a group of five shortlisted finalists. The program is produced by Publishers Weekly in association with Frankfurt. 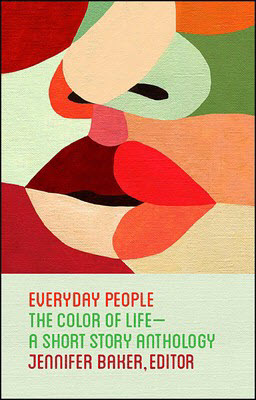 “Not only is she a production editor and podcast founder and host,” Milliot said, “but she is also a writer and editor, workshop teacher, and arts volunteer. As the 2019 Superstar, she epitomizes the best of the best rising stars in publishing.”

Baker is the production editor at Teachers College Press in New York City and is a contributing editor at the quarterly literary journal Electric Literature.

A part of the proceeds of Everyday People goes to benefit the Rhode Island Writers Colony, a nonprofit organization founded by the late Brook Stephenson that, as the program’s information puts it, works “to empower the next wave of artists of color by assisting them in gaining economic stability. They hope to host the next Pulitzer Prize winner, Booker Prize winner, or New York Times bestselling author.”

And a conversation with Baker reveals the cool, articulate grace and ready laugh characteristic of many seasoned veterans in social and workplace dynamics. She’s unencumbered by the structures of organizational advocacy, except by her own choice in producing the Minorities in Publishing podcasts.

“I really try to be conscious of what I can do and who I am, and my access and privilege,” Baker says.

“All my guests” on the podcast, “over 100 of them, are people I do keep tabs on. [When] I’m doing a newsletter, I want you to know that this person’s hit the bestseller list, that their new book is out, that they’re going to be doing a class, that they wrote an article, that they had another podcast interview.

Arranged by year—from 2014 forward—the podcast episodes are handsomely accompanied with transcripts for those who prefer to read or have the kind of time constraints that make listening too slow for us.

Baker refers to her production editorial work at Teachers College Press as “one of the eight jobs I have,” adding that there’s a supportive program for diversity and inclusion at the publisher, something that’s not a part of too many workplaces, of course.

But she also says that, like many of us, she’s impressed at how much unconscious bias can be at play in interactions in a workspace, something we hear from many people who are working for diversity in publishing settings. And she’s keenly aware of the way her own activism can niche her, a phenomenon colleagues including the UK’s Costa-shortlisted author Nikesh Shukla has spoken eloquently about, as well.

“I want you to be taken seriously and be recognized as a professional first.'”

‘In the World at Large’ 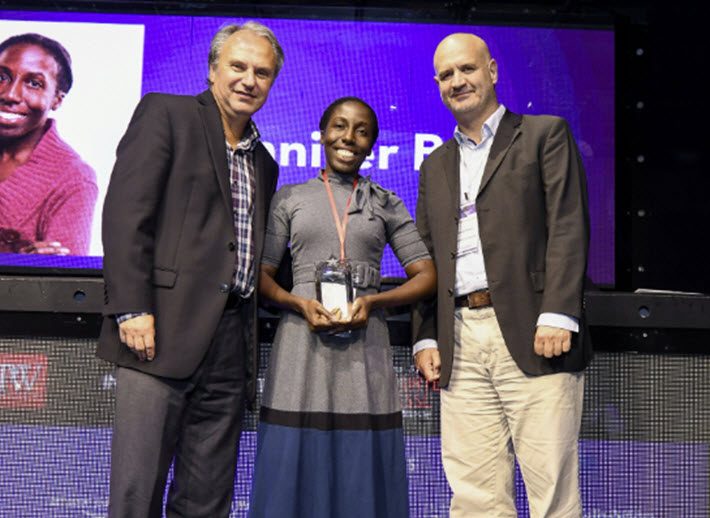 Baker also works with the nonprofit I, Too Arts Collective, which nurtures artistry in Harlem and operates out of the Langston Hughes House. She was a 2017 NYSCA/NYFA Artist Fellow and Queens Council of the Arts New Work Grant winner.

Baker’s colleagues in the shortlisted group of five for the PW Star Watch program were:

And when it comes to her career and her thoughts about her goals, Baker says she’s careful not to design pathways for herself that could end up being restrictive.

“I just want people to be better, be it at a craft level or a personal level. Everything I do is connected to making a product better—as a production editor or making your essay better for Electric Literature, bringing more awareness to the podcast, or my own writing. It’s all connected to ‘What can I share with people?’

“It’s not always about, ‘Let me be on center stage.’ It’s ‘What can I do to help you get to another place?’

“So long as I’m consistent on that pathway,” Jennifer Baker says, “I just feel good as a person about my contributions to the industry in the world at large.” 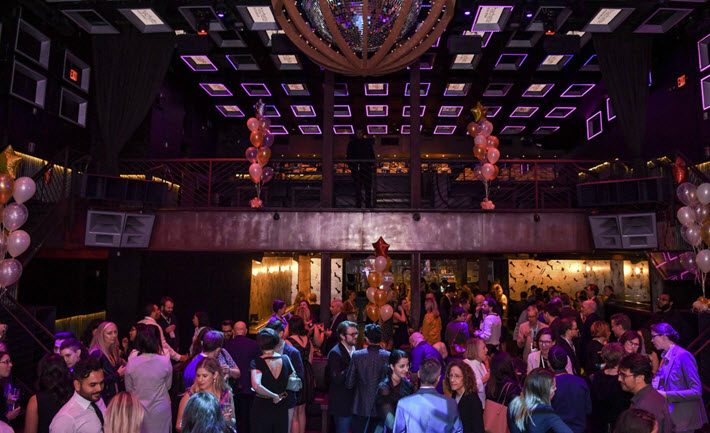 More from Publishing Perspectives on PW Star Watch is here, and on Frankfurter Buchmesse is here. More from us on issues of diversity in publishing is here.