Our children’s and YA titles in this Rights Roundup come from South Korea, Spain, France, Estonia, Norway, and the UK. 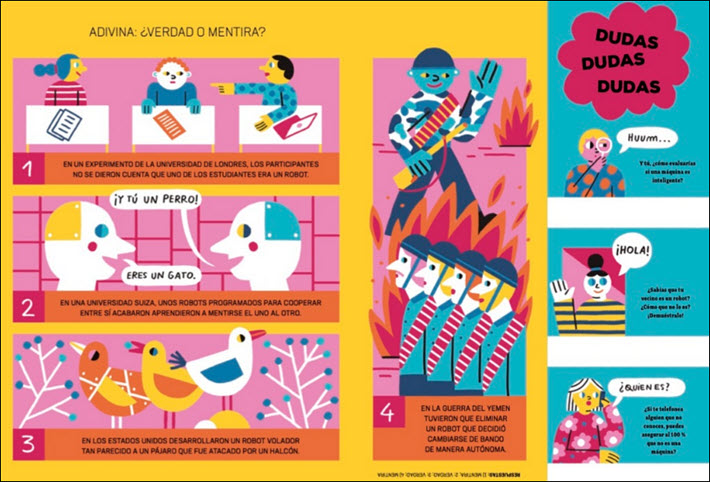 An illustration by Ana Seixas from ‘Among Intelligent Machines,’ an explanatory book about artificial intelligence for kids, written by the women-led nonprofit CosiCosa collective. Image: Flamboyant

It may not qualify as a trend, exactly, but it’s interesting that when we put out the call for today’s Rights Roundup focused on children’s and YA titles, the standout young-adult books were one about being in love with someone who suddenly becomes “the most famous person in the country” and another about the relationship between a teen prince and a commoner. 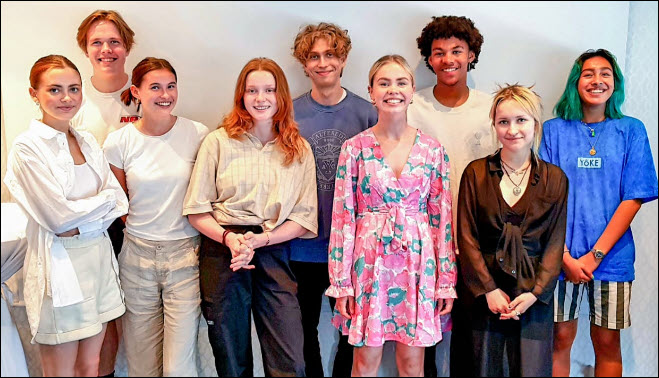 A still of the cast of the Norwegian YA romance ‘Royalteen,’ based on Randi Fuglehaug and Anne Gunn Halvorsen’s ‘The Heir.’ Image: Netflix

This might be a Norwegian thing. Celebrity Crush is from Cappelen Damm and The Heir—on which Netflix’s forthcoming Royalteen is based—is from Aschehoug. In fact, yet another entry from Aschehoug, Our Own Little Paradise may be the antidote, in which “the best summer holiday may be the one you thought would be the worst”—apparently because you get the boy instead of the trip to the Mediterranean.

Oh, those YA romances. Need a break? Have a look at Lee Mi-ye’s The Dream You Ordered Is Sold Out. It’s said by rights agent Chiara Tognetti to be “for adults and young adults exhausted by reality.” We’re first in line at the Dallergut Dream Department Store.

And we’ll be back with a standard Rights Edition (adults welcome back in the room) on May 20. As in each roundup, we use some of the sales copy supplied to us by agents and rights directors, editing that copy to give you an idea about a book’s nature and tone, but limiting the promotional elements. If you’d like to submit a deal to Publishing Perspectives, see the instructions at the end of this article. 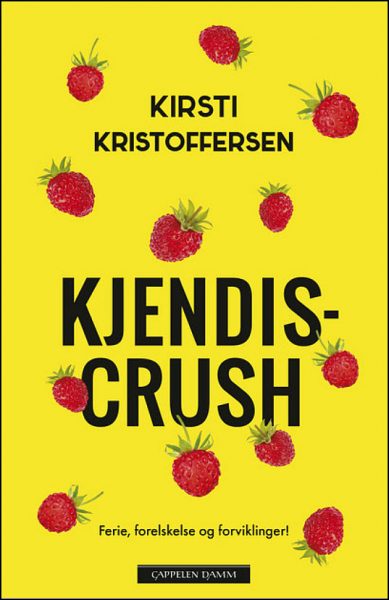 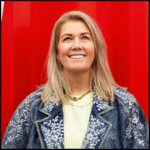 “What if the person you’re in love with suddenly became the most famous person in the country?

“Celebrity Crush is the first book in a trilogy by Kirsti Kristoffersen, among Norway’s leading experts on fan culture.

“In the first book, Karoline meets Mathias at a remote campsite during the summer holidays. Everything is perfect, but there’s something a bit odd about Mathias. What is he hiding? The scene is set for love, drama, and a shock. First love, first kiss, and a campsite.” 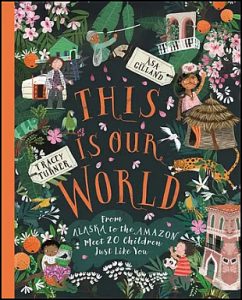 This Is Our World 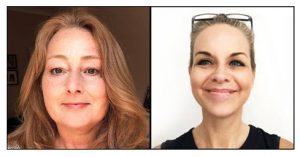 The subtitle of this nonfiction work for children aged 6 to 8 years is From Alaska to the Amazon, Meet 20 Children Just Like You. Described as “a colorful celebration of our planet’s cultural and environmental diversity, Turner’s book features “children who tell us about the animals, plants, and weather that they encounter; the feasts and festivals they enjoy; and the clothes they wear, the way they learn, the languages they speak, and the sports and games they play.”

Places in the book include “Australia’s desolate Red Center, bustling Beijing, the windswept Outer Hebrides, the rock houses of Cappadocia in Turkey, the Amazon rainforest, New York City, the Siberian tundra, and a floating village in Cambodia.”

It’s positioned as “both a beautiful gift book and a highly accessible home reference.” 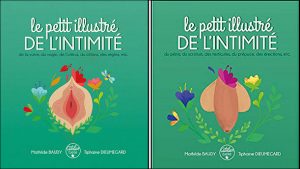 By Mathilde Baudy and Tiphaine Dieumegard

The Little Picture Books of Intimacy are inclusive books in two volumes, one focused on the female and one the male aspects of life.

The JF Agency write up says, “These books treat subjects such as puberty, gender identity, consent, love etc. outside the scope of anatomy.”

They’re presented as great books to have ready “to put into all children’s hands as soon as they express an interest and need for information.”

Both books have received the UNESCO Chair Label in Sexual Health and Human Rights. The first volume, dedicated to the vulva, vagina, uterus, clitoris, and menstruation was published in spring 2021. The second volume, published in September 2021, focuses on the penis, scrotum, testicles, foreskin, and erections.

Both books, the agency reports, have sold more than 20 000 copies in France. 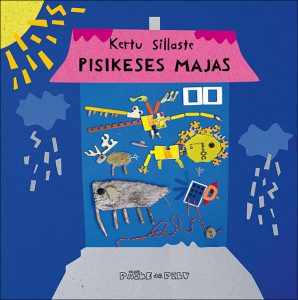 (In a Tiny House) 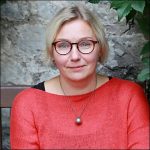 Mentioned by rights agent Stephanie Barrouillet in our pre-Bologna Children’s Book Fair interview, In a Tiny House was a second-place winner in the 2021 Knee Book Competition.

Author and artist Kertu Sillaste’s book is about “the elk, lion, rooster, worm, mouse, dragon and elephant, who get along well. They eat, drink, and play ball.

“When the weather gets bad, they see a small house on the hill and put themselves in the shade. After a while, it turns out that the house is too small and the animals quarrel with each other. This story is a little scary, a little funny and a little instructive.”

One reference point for this, as Barrouillet pointed out in March, is as a book for children becoming aware of population displacement, refugees, families upended, and the resulting new limitations and tensions. 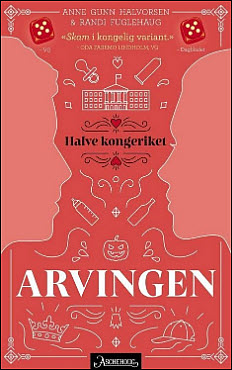 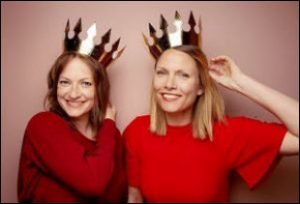 Fans of this YA book series created as The Heir by Randi Fuglehaug and Anne Gunn Halvorsen are awaiting Per-Olav Sørensen’s film adaptation of the first book Royalteen as a Netflix International Original production anticipated this year.

The story “follows Prince Karl Johan and newcomer Lena who have feelings for each other but are aware that their relationship might put them in an impossible situation.

“While he has to carry a nation on his shoulders, she carries lies on hers.” 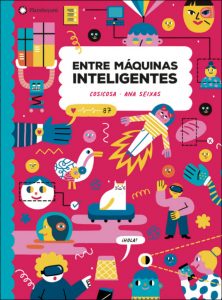 By the nonprofit organization CosiCosa
Illustrated by Ana Seixas

Members of the collective CosiCosa, which wrote ‘Among Intelligent Machines,’ left, and illustrator Ana Seixas

“Through playful illustrations, Among Intelligent Machines offers simple but complete explanations of how artificial intelligence was invented, the evolution of AI machines over time, and how they’re designed and built.

“The book also raises ethical and social questions around such issues as why the AI industry needs to be more inclusive, and how intelligent machines shape our minds and change our behaviors.

“The book analyzes the limits of technology and what it means for our freedom and our essence as human beings.”

CosiCosa, credited for the writing of the book, is described as “a women-led nonprofit working to raise awareness about technology and its impact on children and teens. Their team is trained in STEM and social ethics, and they design and promote educational programs aimed at children to train future generations to be critical users and dutiful designers of emerging technology.” 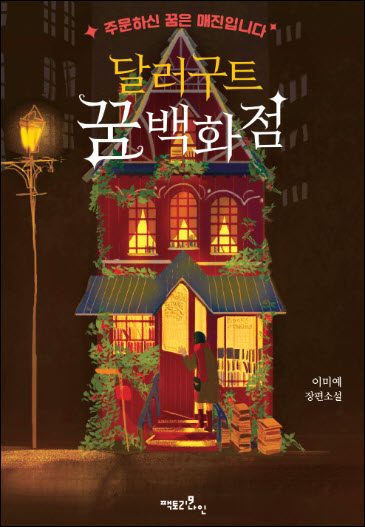 Dallergut Dream Department Store: The Dream You Ordered Is Sold Out 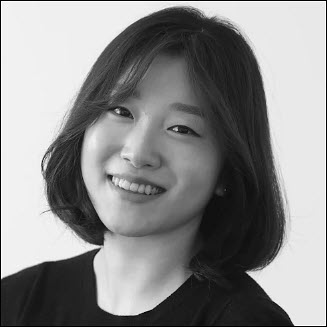 Reported to be the most-sold title in South Korea in 2021, The Dallergut Dream Department Store: The Dream You Ordered Is Sold Out is described as “a healing, immersive crossover fantasy novel.

“There’s a special place where you can only go while asleep: the Dallergut Dream Department Store. There, all kinds of dreams and nightmares are sold to customers seeking to fill their sleeps and naps.

“Penny has just started working at the front desk, but on her very first day the most expensive dreams are stolen.”

This is the first of a two-book set “for adults and young adults exhausted by reality.” 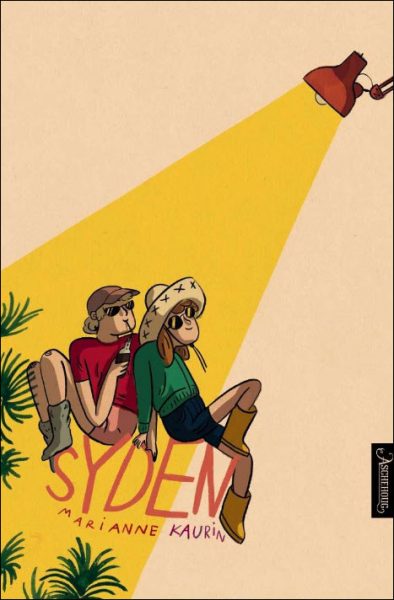 Our Own Little Paradise 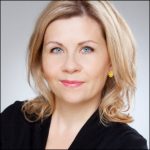 “Ina has no plans for the summer. Suddenly, she finds herself lying in front of the entire class, telling them she’s going to the Mediterranean for three weeks.

“And then the lie keeps growing and growing via social media.

“The only problem is that the new boy in class has moved to Ina’s neighborhood and he’ll easily find out that she is not in the Mediterranean.

“Perhaps the best summer holiday is the one you thought would be the worst? A warm story about friendship, first love, and social media.”