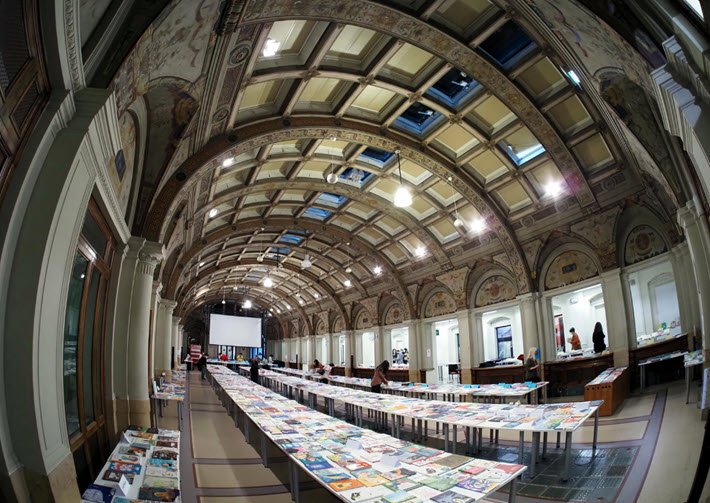 Despite ongoing COVID concerns and Russia’s attack on Ukraine, Stephanie Barrouillet looks ahead to an upbeat in-person Bologna.

Jurors for the 2022 Bologna Ragazzi Awards at work ahead of Bologna Children’s Book Fair. Image: BCBF

‘We Can Feel the Excitement’

As we turn to SB Rights Agency‘s Stephanie Barrouillet for her outlook on the children’s books market ahead of the 59th edition of Bologna Children’s Book Fair‘s opening on Monday (March 21), we’d like to note that today (March 18) has been designated by Mario Draghi as Italy’s official Day of Remembrance for COVID-19 victims. Two years ago today, Italian army trucks had to be used to transport bodies out of Bergamo because the city’s cemeteries and crematoria no longer could handle the load.

Nicole Winfeild’s concise write up for the Associated Press in Rome is one we can recommend to you. In Bergamo, a memorial park of newly planted trees has been consecrated, Winfield writing, “By the end of March 2020, Bergamo had registered a 571-percent increase in deaths compared with the five-year monthly average, the biggest increase in Italy and one of the biggest localized increases in mortality rates in Europe.”

Today, as many world publishing professionals begin their journeys to Bologna for its first in-person iteration of the trade show since 2019, Winfield reports that Italy, having officially recorded more than 157,000 deaths, now “has fully vaccinated 89.7 percent of its over-12 population.” 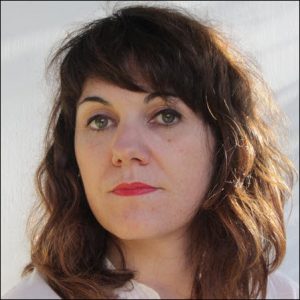 And in our exchange with Barrouillet, a rights agent whose Tel Aviv-based international perspective we like to consult, she points out that the return of director Elena Pasoli‘s physically staged Bologna “is injecting a much-needed rush of energy and adrenaline into the children’s book industry.

“We can feel the excitement,” she says, “and schedules are full, which is uplifting.

“Although some events were cancelled and postponed at the beginning of the year such as the Leipzig Book Fair and the Festival d’Angoulême” focused on comics and graphic literature, “we hope that the Bologna and London book fairs are some of the most numerous in-person events of the year.” Barrouillet adds “a big thank you to the Frankfurter Buchmesse team that paved the way for the return of fairs in a safe environment.

“In addition to packed schedules, catching up with colleagues, and dinners,” she says, the Bologna fair updates each year the industry’s focus on international illustrators and publishers of note with its many awards programs.

Barrouillet also will be speaking this year. She’s appearing at 11:55 a.m. CET on Tuesday (March 22) in Jacks Thomas and Orna O’Brien‘s Bologna Book Plus program’s half-day event on becoming a literary agent (€49 / US$54). Barrouillet joins Karolina Jaszecka of Poland and Barcelona, and Benas Berantas of Lithuania in a session titled “What If My Country Doesn’t Use Literary Agents?”

Barrouillet can be found otherwise at Hall 25 B63.

And in a note about the Vladimir Putin’s unprovoked war on Ukraine—which of course is expected to hamper if not prevent the presence of Ukrainian colleagues in publishing—BolognaFiere has notified members of the news media that Pasoli “is working to guarantee a Ukrainian presence at the fair by organizing an exhibition centered on Ukrainian books.

“Titles will be chosen,” the message says, “from those submitted to the Bologna Ragazzi Award in past years and gathered with the help of international publishers attending the fair, who have been asked to bring along Ukrainian books translated and published in their own countries.”

As we know, many publishers in the world industry since 2020 have had to reschedule titles to dodge the impact of the still-ongoing coronavirus COVID-19 pandemic, slowing down production and relying on proven sellers.

“Book fairs are a great opportunity to get back on track,” Barrouillet says. “You can look forward and get a sense for what publishers want. Publishers’ direct feedback and new publications from around the world invaluable sources of information. 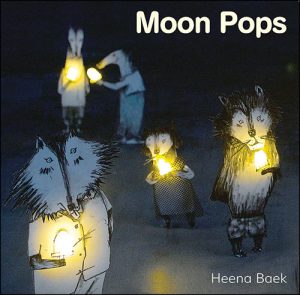 “The common denominator of this year,” she says, “is diversity in many meanings of the term including the origin of a given book, its story, and its genre.

Barrouillet says that as publishers watch for fresh storytelling approaches at a trade show, their interest reflects the years-long interest in books that feature and champion inclusivity 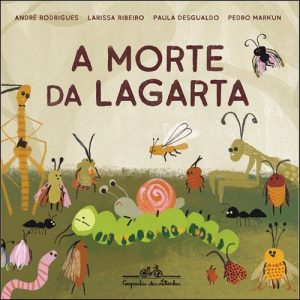 “There’s a strong tendency to opt for animal characters when it comes to young readers’ picture books,” she says, “which can help create some distance when dealing with difficult topics like death, as in A Morte da Lagarta (The Death of a Caterpillar) by André Rodrigues, Larissa Ribeiro, Paula Desgualdo, and Pedro Markun (Companhias das Letras). It can also simply create a fantasy world to dive into.

“But we also see more diversity in characters,” Barrouillet says. 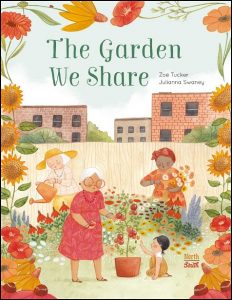 I recently came across The Garden We Share by Zoë Tucker and Julianna Swaney (North South Books), a good example of a socially inclusive picture book.

Diversity also applies to genres. In previous interviews, I’ve talked about an interest in nonfiction for young readers,” something seen in a recent request that The New York Times add kids’ nonfiction to its bestseller lists.

In addition to One Million Oysters at the Top of a Mountain by Alex Nogués and illustrator Miren Asiain Lora, which we included a bit over a year ago in a Rights Roundup, Barrouillet points to Monstres Sacrés: Voyage au cœur des volcans by Julie Roberge and Aless MC (La Pastèque) which, as Publishing Perspectives reported last month, is the winner of this year’s nonfiction Bologna Ragazzi Award. 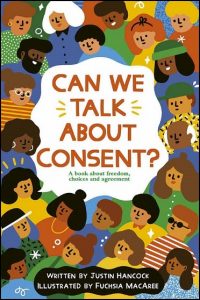 More pertinent topics in young readers’ nonfiction are mathematics, architecture, and sometimes sensitive topics such as sexuality and freedom of choice.

In that vein, there’s Can We Talk About Consent? A Book About Freedom, Choices, and Agreement by Justin Hancock and Fuchsia MacAree (Quarto/Francis Lincoln Children’s Books).

This morning (March 18), citizens in the western Ukraine city of Lviv have created a memorial in one of the town’s squares. A total 109 baby strollers and car seats are neatly placed in lines, each representing one child killed in the three weeks of Putin’s assault on civilians in the sovereign state of Ukraine.

When it comes to talking with children about so unspeakable event as Putin’s invasion, guardians and parents will likely be looking for books that handle issues of military violence and refugees’ displacement.

Barrouillet points to What If Soldiers Fought With Pillows? by Heather Camlot and Serge Bloch (Owl Kids) and Pisikeses majas (In a Tiny House) by Kertu Sillaste (Paike ja Pilv).

The first book asks, according to the publisher’s information, “What if the impossible were actually possible? What if we turned our dreams into action? What if our imagination could help solve real-world crises, like war, famine, and human rights violations?”

And the second book is about some disparate animals—elk, lion, rooster, worm, mouse, dragon, and elephant—who seem to get along well until rain drives them all into the titular “small house,” where things soon become more negative and tense. 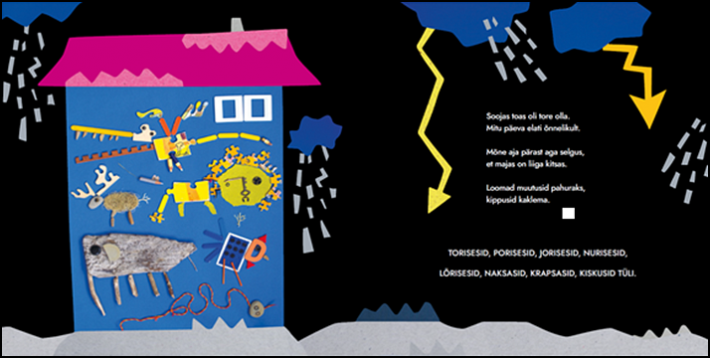 “After two years without fairs and working from home” Barrouillet says, “publishers seem to be more open to experimenting with formats and content. 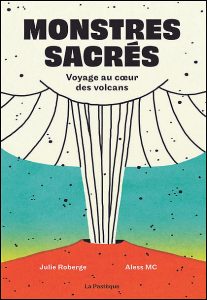 “Publishers want to be surprised. Maybe that’s a sign that the backlog of delayed 2020 titles has been absorbed,” or canceled, “and that markets are ready to welcome new books, new designs, and new approaches along with backlist titles and established authors-illustrators.”

Barrouillet also points, however, to potential problems for publishers and printers in regards to paper shortages and rising printing and shipping costs. Printers in Europe—as was recently highlighted in a report from Germany’s Borsenblatt—are indicating that between 2016 and 2021, the industry saw a loss of as much as 25.8 percent in procurement of paper, amid competition for wood-fiber products and from textile and energy sector players. European paper industry associations are counseling building as much autonomy as possible for Europe in terms of its supply lines of wood, pulp, and paper.

Eventually, book prices have to go up if the cost of producing a print product keeps rising.

In addition, Barrouillet says that some publishers “are reviewing the way they work and how they’re selling rights to make sure they maximize the potential of their lists.

“And authors and illustrators are also being proactive and making the most of all the opportunities and platforms available to them to showcase their work.”

More from Publishing Perspectives on the coronavirus pandemic and its impact on world publishing is here.