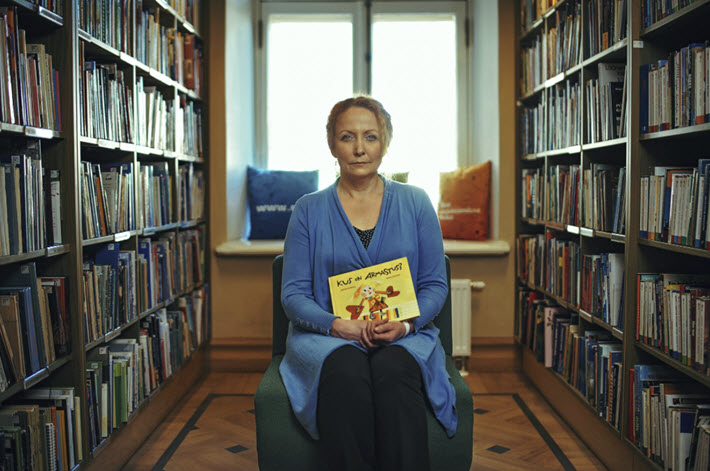 Today, only some 30 percent of Estonian children’s literature originates in Estonia. Katrin Reinmaa is one of the leading publishers in a country where ‘books are expensive both to publish and to buy.’ 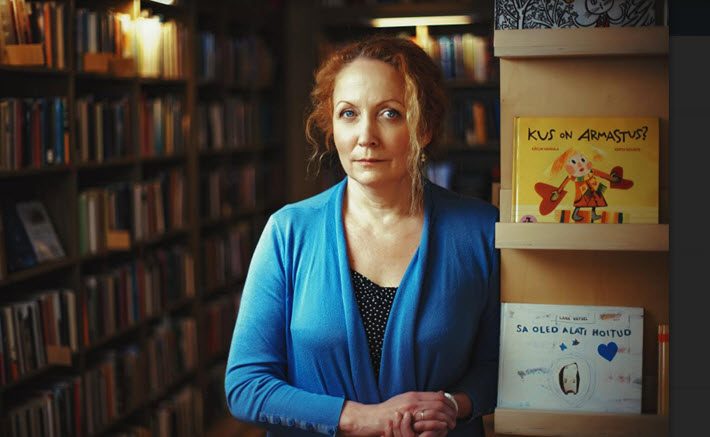 ‘Something Similar in Our Sense of Life’

In many if not most markets, publishing’s most important work in diversity is frequently found in the children’s sector.

In Estonia, one of the three Baltic nations of London Book Fair’s Market Focus this year, the International Board of Books for Young People (IBBY) counts 1.3 million inhabitants and says that in 2017, the country published 792 books for children. IBBY says that 147 of those were original fiction, 213 were translated fiction, and 391 were translated nonfiction. A standard print run for a children’s book in Estonia normally is between 700 and 1,200 copies.

One of Estonia’s roughly 830 publishing houses is Päike ja Pilv. Established in 2005, the name translates to Sun and Cloud and it stands as the only house in Estonia devoted entirely to publishing children’s books. The company is also rare in Estonia for its international presence and use of a professional agency–Stephanie Barrouillet’s S.B. Rights Agency in Tel Aviv–to manage its growing presence in foreign rights.

“Everything starts at home. If parents don’t care about reading and there are no books at home, then kids won’t be raised as readers. The vocabulary of students is shrinking.”Katrin Reinmaa

Publishing Perspectives has learned from its director Katrin Reinmaa that one of the reasons for Päike ja Pilv’s success, in her opinion, is selectivity. “We cooperate closely with both the Estonian Children’s Literature Center,” she says, “and with the Estonian cultural ministry.”

The perceived accreditation of such associations and collaborative programs with those agencies–including the Põlvepiku (Knee High) competition, Reinmaa says, is important at home in the house’s recognition as a key player in the industry. It also has served her well on the international stage: Päike ja Pilv arrives at London Book Fair shortlisted for an International Excellence Award.

“We’re based in Saule,” Reinmaa says, housed on a leafy street in a town of 6,000 located 20 kilometers, 12 miles, outside the capital, Tallinn.

“Our publishing house was founded 13 years ago by two moms who couldn’t find the books they wanted to read to their children. I became one of the owners and managers of the publishing house in 2012. Since then, we’ve grown almost exponentially in our output and in our outreach to the international market.” 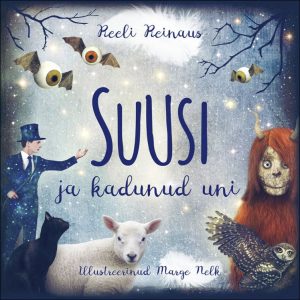 ‘Suzy and the Lost Sleep’

We’re quickly reminded of the proud centuries of Estonian culture behind its literary arts when we ask Reinmaa how it happens that there are so many children’s books being published in this small nation. “In the 17th century,” she says, “the Estonian territories were under Swedish domination. The Swedish lords set up folk schools for Estonian peasants and cultivated literacy throughout the region” so that everyone could read religious scriptures.

The resulting effects would still be in play in the modern era, she says. When Estonia was created as a republic a century ago in 1918, and even during the Soviet era from 1944 to 1992, she says, “books played a decisive role in the fact that, despite everything, we still breathed” as an independent people at heart.

And she adds a note that anyone who has lived near the Arctic Circle will understand. “One reason for our large readership in Estonia,” she says, is that in winter, we get only about six hours of light per day.” There’s lots of time for reading.

Today, Reinmaa says, only some 30 percent of Estonia’s children’s literature originates there, with about half of the translated titles coming from English.  This, despite the fact that Estonian is related to Hungarian and Finnish. Some of the better-known names translated into Estonian for younger readers from American and UK lists, she says, include John Green, Kathleen Glasgow, Neal Shusterman, David Walliams, Frances Harinage, and Wendy Meddour.

After English, she says, “The second largest group of translations come from Scandinavian countries, especially Sweden and Finland. Of the other European languages, German, French, and Dutch are well-represented.”

Diversity in Estonian Literature: ‘Rather Conservative’ 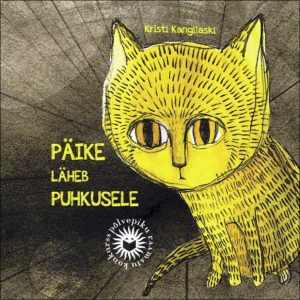 When it comes to issues of diversity, Reinmaa says, “There’s an excellent tradition in Estonian literature of fantasy and colorful characters for kids. Our fantasy books are often associated with problems that lie in everyday life: loneliness for children, for example, and identity searches, relationships with parents and friends. We also have a lot of very professional and talented illustrators.

“Issues of tolerance and acceptance have been dealt with often in our children’s literature,” at least in terms of the core population. However, Reinmaa goes on to say, with gracious candor, when it comes to multiculturalism and issues around racial and cultural differences, the country’s literature for children has been generally lacking. And this, she says, has to do with a national history of suffering outside aggression.

“At the beginning of the 13th century,” she says, “crusaders infiltrated the Estonian lands and from then on, over the course of nearly 800 years, the territories of present-day Estonia have repeatedly been dominated” by various foreign powers. “The Germans, Danes, Swedes, Poles, Lithuanians, and Russians have all conquered our territories. We last lived for 50 years under Soviet occupation. All of this has made us very cautious and stubbornly nationalistic. It was necessary to survive.”

During the Soviet era, she says, with the borders sealed, people of color rarely entered Estonia, “and even before World War II,” she says, “there were no people from Africa or African-Americans in Estonia. As a result, Estonians aren’t accustomed to ‘people of a second race.’

“In this context,” she says, “Estonian children’s literature is rather conservative. Estonian books in which the characters are from a different race can be counted on the fingers of two hands.”

‘More Attention Is Being Paid to Our Attention’ 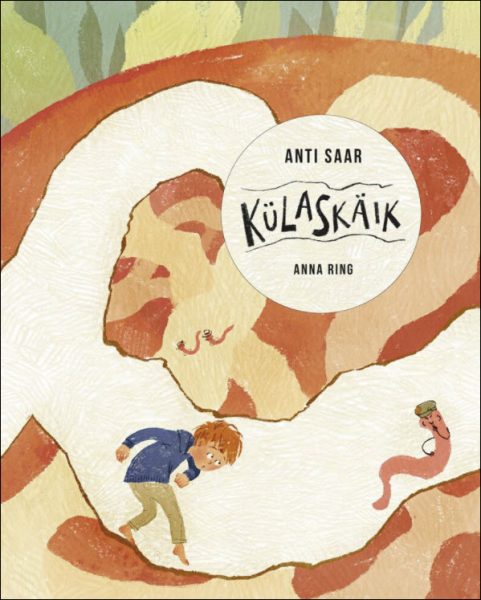 As in so many other parts of the world, Reinmaa says, “More attention is being paid to our attention”–the digital era’s shrinking attention span is a point of discussion.

“Everything starts at home,” she says. “If parents don’t care about reading and there are no books at home, then kids won’t be raised as readers. The vocabulary of students is shrinking.

“Fortunately, many children and young people are still happy to read. The Estonian Children’s Literature Center, which collects, preserves, and disseminates Estonian children’s literature for all interested persons, organizes events and seminars for children, their parents, teachers, and librarians, as well.

“In fact, one of the initiatives of the center ensures that each child in Estonia receives their first books in life as a gift—the classics of our children’s literature as well as new works of contemporary authors.”

When it comes to challenges her publishing house faces, Reinmaa says, “Our biggest obstacle is that, because of our small market and decreasing readership, the book in Estonia is expensive both to publish and to buy.

“This concerns children’s picture books, in particular,” she says, “which make both the work of the artist and the four-color printing costly.

“Fortunately, we have the cultural endowment, which supports, among other things, the publication of high-quality children’s literature.”

“Our publishing house was founded 13 years ago by two moms who couldn’t find the books they wanted to read to their children.”Katrin Reinmaa

The country’s state support also includes the Traducta Foundation, which provides grants to publishers to support translation and publication of Estonian children’s literature into other territories.

And yet despite such much-appreciated state assistance, Reinmaa says, it’s the engagement she began two years ago with foreign rights agent Barrouillet that has buoyed Päike ja Pilv in international markets.. She credits Barrouillet’s credo that there’s a publisher-home for every book somewhere in the world.

“Three of our more philosophical books—Old Broken Cat, The Mouse Who Had No Sled, and Susie and the Lost Sleep—have been translated into Korean. It seems,” says Katrin Reinmaa, “that despite the more than 7,000 kilometers separating us, Estonians and South Koreans have something similar in our sense of life.”

More from Publishing Perspectives on London Book Fair is here. And more on children’s books is here.

This is an extended edition of a feature article from our Publishing Perspectives’ Spring Magazine, which is focused on inclusivity and diversity. It’s ready here for your download as a PDF, and was available in print at London Book Fair.