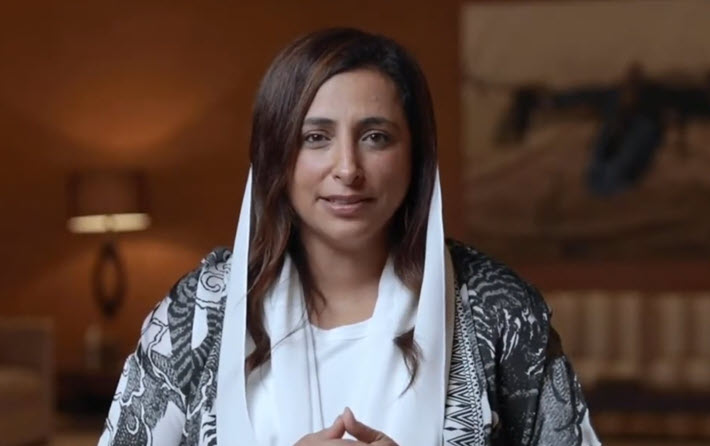 ‘Cultural globalization and digitization trends have accelerated the publishing industry’s own globalization,’ says IPA’s president, as the organization observes a major anniversary.

On Monday (June 14), as Bologna Children’s Book Fair opened with its Bologna Book Plus digital conference, we wrote about the International Publishers Association‘s 125th anniversary. This week’s programming from the Italian trade show has had many references to this milestone. But amid what now is reported to be Bologna’s 300 hours of “scheduled initiatives”—programming by both the fair and many exhibitors—it was hard, of course, for the IPA anniversary and the key points of its importance to hold focus.

We opened our own coverage of the anniversary on June 4 with a column from Publishing Perspectives commentator Richard Charkin, a former IPA president, and we followed with more on Monday—including the release of IPA’s thoughtful 125th year documentary video, which is embedded at the end of this article.

Today (June 18), we’d like to end the week by returning to IPA’s anniversary for its ability to sharpen the focus on several clear priorities for word publishing in the aftermath of Bologna’s packed schedule.

Six months into her two-year term, the United Arab Emirates’ Bodour Al Qasimi is scheduled to appear in two of the London Book Fair’s upcoming digital events next week on Thursday (June 24): Closing the Gap: Why Access to Books Matters for Children Around the Worldat 9:30 a.m. BST (0830 GMT) and Leading the Way in Book Publishing at 1:45 p.m. BST (1245 GMT).

And in her keynote address at Bologna, Al Qasimi named a “mindset” of unity as critical for the international book business going forward.

“It’s paramount that we work together and collaborate more effectively than we have done in the past,” she told the Bologna trade-publishing audience. “We need to be vociferous about publishing’s contribution to society; to continue to foster reading culture amid rising competition from other media; and to stay on top of new technologies.”

It’s clear, she said, that no publisher or publishers’ association can handle publishing’s challenges alone.

“And that’s why,” she said, ‘the IPA wants to cultivate a sense of solidarity across the global publishing ecosystem. … Standing as a united front will give us more leverage to engage governmental and non-governmental actors on the issues exerting the greatest [pressures on] our industry:  digital piracy; reading and literacy policies; taxation; and, above all, the indispensable value of publishing for cultural, social, economic, and educational progress around the world.”

Also having touched on the importance of developing the worldwide industry’s skill sets to handle such critical capabilities as the fast pivot to digital that the coronavirus COVID-19 pandemic’s impact required and the promotion of inclusion and diversity, for which the IPA has produced a specific tool kit.

‘We’ve Still Had to Evolve’

In our exchange for today’s article, Publishing Perspectives asked about the association’s most defining characteristic. The organization’s internationalism, for example, stands in contrast even with some of the European bloc’s most broadly based programs, such as that of the European Writers’ Council, the Federation of European Publishers, and the European and International Booksellers Federation.

Bodour Al Qasimi: I think it’s interesting to see how IPA was marked as international from the outset, yet we have still had to evolve. 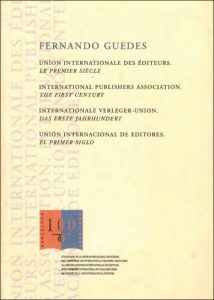 Fernando Guides 1996 book, ‘International Publishers Association: The First Century’ has been released digitally for the first time by the IPA. You can access it free of charge here

As the global voice of the publishing industry, the International Publishers Association needs to expand our membership to ensure our organization is as representative as possible, it’s a priority.

In 2016, when I was elected to serve on the membership committee, IPA had members from 59 countries, whereas today the membership is drawn from 71 countries. We’re heading in the right direction, but we can still do more. In particular, sharing the collective learning of IPA members to help publishers found associations in countries that don’t currently have one will be key to further increase diversity and inclusion in IPA’s membership. A how-to on establishing a publishers’ association is another IPA focus.

My predecessor, Hugo Setzer, often spoke of how much unites us, irrespective of the different market conditions in each country. We can all learn from each other’s experiences on copyright policy developments, literacy, educational publishing, the freedom to publish. That international solidarity is more important than ever.

Publishing Perspectives: This month, we’ve reported on new concerns in the United Kingdom about the Boris Johnson government’s initiation of consultation on potential changes to copyright. With IPA having been formed shortly after the Berne Convention, copyright is really at its roots. Are we in as difficult a time as it seems, when so many challenges to copyright seem to be turning up?

BAQ: Copyright and the freedom to publish are indeed the two pillars of IPA since we were founded, and the foundational importance of these two issues to the work of publishers has not changed. Publishers need modern copyright systems and effective enabling policies to thrive and innovate. The UK’s #SaveOurBooks campaign, which unites authors, literary agents, and publishers to make their voices heard on controversial changes on the exhaustion of intellectual property rights, is a great example of the effectiveness of coalition-based lobbying in defending industry interests.

“Sharing the collective learning of IPA members to help publishers found associations in countries that don’t currently have one will be key to further increase diversity and inclusion.”Bodour Al Qasimi, IPA

For member-associations like the Publishers Association in the UK, with a highly developed competency in policy advocacy, IPA primarily acts as a resource, providing access to good international regulatory practice that complements frontline lobbying efforts. With copyright intersecting national laws on different policy areas and technology acceleration, it’s immensely difficult to remain up to date on the copyright situation in 70 countries. Yet, that’s exactly the benefit that IPA members have by joining the copyright committee, and last year’s publicly available IPA Global Report on Copyright and Publishing was a remarkable achievement.

Publishing Perspectives: It’s really interesting to see the direction the Africa Publishing Innovation Fund is taking this year, in looking to stimulate diversification beyond the textbook-government axis in African markets. Have you had any sense yet for what kind of reception this year’s emphasis is getting on the continent?

BAQ: The Africa Publishing Innovation Fund is accepting proposals until August 31. In cultivating literacy skills and national reading cultures, it’s important to emphasize ecosystem-based approaches. There’s a multitude of stakeholders involved in creating the readers of the future and building reading cultures, and their roles evolve as countries shift from eradicating illiteracy to inculcating a love of reading as a national value.

Though it’s still very early in the process, with more than 50 countries in Africa at various stages of development, we’re very likely to receive proposals for a wide range of innovative initiatives to develop reading culture. We expect to see proposals that are heavily reliant on multi-stakeholder partnerships that present systemic approaches to the challenge by involving several actors in the publishing value chain, from authors, educators, and publishers, to civil society. 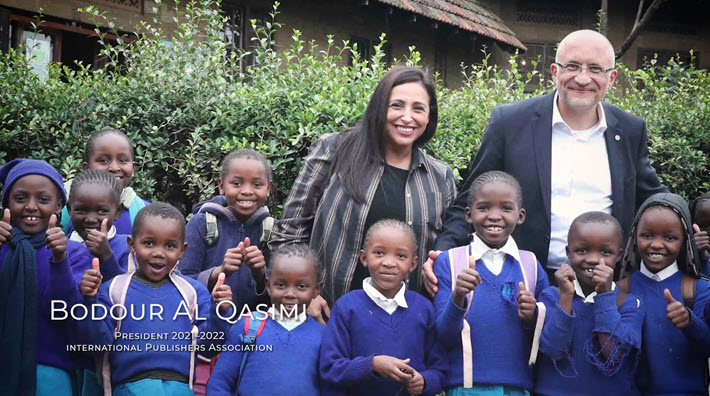 Publishing Perspectives: In our story this week on the news that IPA’s Prix Voltaire will be presented at the Guadalajara International Book Fair this year, we noted that publishers’ sponsorship of the 10,000 Swiss franc prize seems to have thinned out in the past couple of years. It’s interested that only Nordic countries seem to be participating as sponsors, when you’d think that the Americas, Asia, Africa, and other parts of Europe would want to be engaged.

“We can all learn from each other’s experiences on copyright policy developments, literacy, educational publishing, the freedom to publish. That international solidarity is more important than ever.”Bodour Al Qasimi, IPA

BAQ: The Prix Voltaire is possible thanks to our sponsors, who believe in the award’s relevance and impact. Currently that pool of sponsors is smaller than is ideal, and from just two countries, Norway and Sweden. The freedom to publish is no less challenged and is not limited to two countries.

Growing and diversifying the Prix Voltaire’s sponsorship base is a high priority for us, to boost the prize’s impact and future development prospects.

Our current supporters have shown themselves to be wholly committed to the prize and what it represents, and we are of course very grateful to them. But we are now considering how to attract more, and from more countries, because the prize and the prominence afforded to the freedom to publish, and threats to it, depend on it.

Publishing Perspectives: Lastly, this is by any definition a difficult time to have come into your presidency. On top of the usual issues and concerns of the IPA and its leadership, there’s the background of the pandemic. Do you have as a facet of your presidency a kind of ranking of agenda points that you feel are most important for IPA to address?

BAQ: In late 2020, as I was preparing for the IPA presidency, I consulted with the secretariat, the IPA executive committee, and our members at large on what my priorities should be for 2021.

These are the main vectors that we’re currently focusing on as an association.