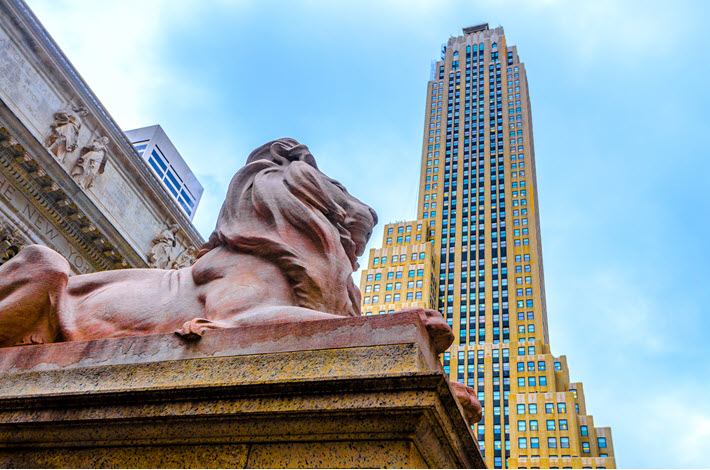 The Young Lions Fiction Award jury says Catherine Lacey’s book ‘challenges us to interrogate what we see when it pertains to sex and gender.’

One of the lions at the New York Public Library. Image – Getty iStockphoto: Raghu Ramaswamy

While we have news from London today (June 18) about the Sunday Times Charlotte Aitken Young Writer of the Year Award, another prize program—also for writers 35 and younger—the New York Public Library’s Young Lions Fiction Award has announced a winner in New York City.

Catherine Lacey has won the prize for Pew (Macmillan / Farrar, Straus and Giroux, 2020). Her book has drawn extensive prize attention from other quarters, too, including a shortlisting from Swansea University’s Dylan Thomas Prize in Wales; a longlisting from the PEN/Jean Stein Book Award; the Andrew Carnegie Medal for Excellence in Fiction; and the Joyce Carol Oates Prize.

The story tells the tale of a town’s reaction in the American South when a person is found sleeping on a church pew. The newcomer is genderless, racially indeterminate, seemingly mute—and nicknamed Pew.

This year’s prize cycle is the 21st, and its jurors were Hernan Diaz, Emma Straub, and Yahdon Israel.

The Young Lions Fiction Award—based in the young-professionals donor community of the New York Public Library—can go to either a novel or a short-story collection.

“Consistent in both works is their ingenuity in utilizing fiction to avert the question away from the observed to the observer.”