The 35th Guadalajara International Book Fair will be the venue for the freedom to publish announcement made by the International Publishers Association. 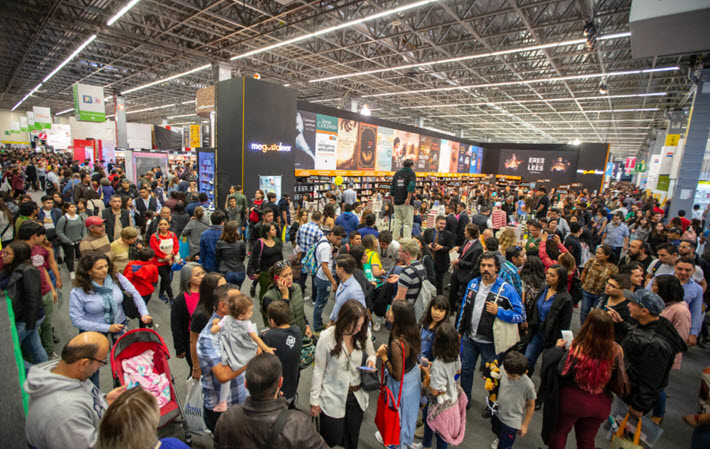 Regular readers of Publishing Perspectives are aware of the International Publishers Association‘s (IPA) Prix Voltaire which annually honors publishing players who show valor in the face of threats and retaliation for exercising their freedom of expression.

Under the leadership of the IPA’s Freedom to Publish committee chair Kristenn Einarsson, the program is nearing the conclusion Sunday (June 20) of its 2021 nomination period which was opened on March 22.

In Mexico, the Guadalajara International Book Fair has announced that it will be the venue for the announcement of this year’s Voltaire winner on December 1 during Marisol Schulz’s direction of that public-facing fair, which runs this year from November 27 to December 5.

This, as it’s also learned that the 2020 cash award—designated for Vietnam’s clandestine political Liberal Publishing House—has been left undelivered following what may have been a disbanding of the press under political pressure. More about this is below in our article today.

The award carries a purse of 10,000 Swiss francs (US$11,103). That purse is supported this year by four companies, all of them from either Sweden or Norway:

As Publishing Perspectives reported in March, this is about half the size cohort of sponsors the prize has enjoyed in the past.

The IPA is asking for contributions to the IPA Prix Voltaire Fund. Many might be surprised that more ready support isn’t in place for this award in light of the current state of political realities and the long track record of the program’s backing of the freedom of expression.

One of our stories on the Prix Voltaire from 2019 indicates that the program was supported then not by five publishing entities but by 11. And in 2018 at the point of the call for nominations, the program enjoyed the support of 14 companies.

On the announcement page, the IPA provides banking details for donors, saying that it welcomes any contribution of any size.

Publishing Perspectives asked IPA if there’s any understanding of why past sponsors seem not to have renewed their support.

In answer, IPA secretary general José Borghino says, “The IPA is fully committed to defending freedom to publish around the world by highlighting and celebrating the bravery of individual publishers who often risk their livelihoods and sometimes their lives to produce and disseminate controversial books.

“The annual IPA Prix Voltaire is one of the most effective ways we do that. We’re very grateful to the prize’s established sponsors, but we need more support to increase the Prix Voltaire’s impact and reach.

“All publishers are potentially at risk of being pressured, harassed and even murdered for publishing books that are disliked or feared by the powers that be. Every publisher therefore has a stake in the Prix Voltaire’s continuation and progress and we are working with the Freedom to Publish committee to reinvigorate the sponsorship of the prize.”

Guadalajara and the Prix Voltaire

Our readers are also familiar with the enormous Guadalajara fair, which its director Marisol Schulz told us in an interview is particularly complex to produce because “The challenge is to continue to please people and give them a unique experience and make them want to come back.”

That, she said, requires a sense of newness every year, making sure “that they find a completely different fair, a different image, different activities and events, and different books.”

“The challenge is to continue to please people and give them a unique experience and make them want to come back.”Marisol Schulz, Guadalajara International Book Fair

Numbers made available today (June 15) to the press indicate that in 2020, the show’s “special online version” drew the attention of 21 million people in 84 countries. The program offered 448 hours of programming, 406 activities, 310 authors from 38 countries, 811 speakers from 46 countries, 1,045 publishers and bookstores as exhibitors from 24 countries, displaying at least 9 million titles for an audience that included 5,788 registered professionals from 53 countries.

In its announcement that it will host the Prix Voltaire, the fair’s statement reads, “As freedom to publish is not guaranteed in the world, with attempts by governments, private interests, and extremists to imprison, attack, and even kill publishers, the International Publishers Association created the Freedom to Publish Award in 2005 to honor a person or organization that has made a significant contribution to the defense and promotion of freedom to publish in the world.

“In 2016, the award was renamed the Prix Voltaire, in tribute to the French philosopher and writer François-Marie Arouet, who proposed a doctrine of tolerance and free expression before the terms were in general use.” 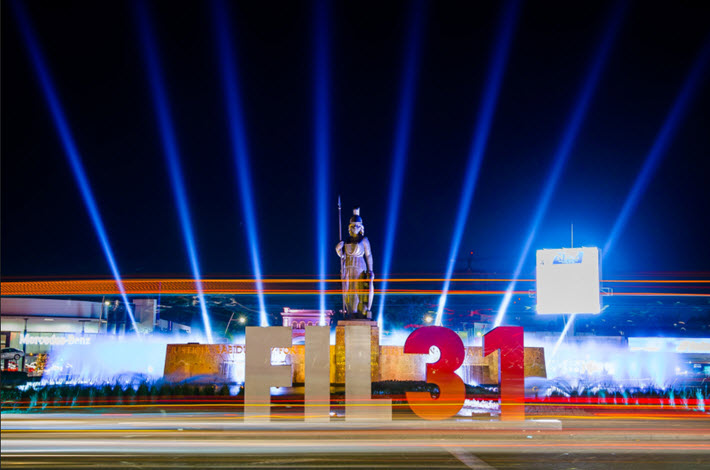 As readers will recall, there was great concern at the time of the 2020 Frankfurter Buchmesse, when an author and former associate of the press, Pham Doan Trang, was reported to have been arrested by the Hanoi government.

In late May, it was reported in the Vietnam edition of BBC News’ international coverage that the International Publishers Association had become unable to determine who owns the press and to whom the 10,000 Swiss francs should go.

It’s been understood that Hanoi has seen the activities of the press as subversive and reports of harassment of those connected with the Liberal Publishing House haven’t been unusual. One snag in getting the Prix Voltaire award money into the right hands appears to be that those connected with the press have, for their own and others’ security, kept their identities secret.

What’s more, there are reports of one of Pham Doan Trang’s three co-founders of the press, Nguyen Bao Tien, also being arrested as early as October 2019–amid assertions from a legal representative in Australia that Nguyen Bao Tien was not involved in the press. All this comes with additional accounts of internal disagreements among the main members of the group and, in general, the press appears to be in deep disarray.

The offices of the IPA in Geneva have confirmed the report, first made by My Hang for the BBC, that the cash award is being held up indefinitely under the circumstances. IPA’s staff says it can’t be determined who the actual responsible parties behind are behind the Liberal Publishing House. And the status of the press at this point is unclear.