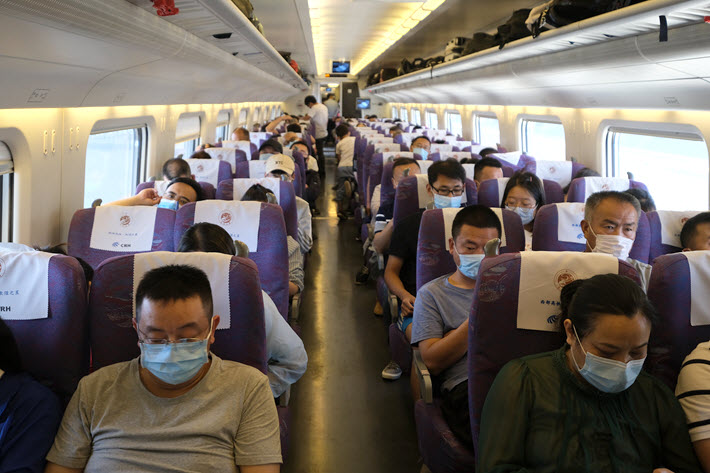 China’s book sales in June were somewhat subdued by the pandemic, in a month in which Chinese readers clung to favored authors and themes.

Passengers aboard a high-speed train at Jiuquan, formerly known as Suzhou, in the province of Gansu. Image – iStockphoto: Robert Wei

In our look at China’s January-to-June statistics for this unusual year, one of the most interesting trends our associates at Beijing OpenBook had spotted was an ongoing struggle for the larger bookstores in the largest cities to reopen. Major chains and recognized big-store hubs were encountering sales drops of 50 and 55 percent by comparison to the first six months of 2019, as digital retail gained some traction. 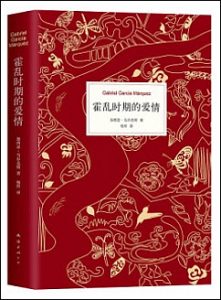 ‘Love in the Time of Cholera’

Parallel to this, bestseller lists, research shows, in June were reflecting a logical interest not only in self-help and self-realization, but also in books directly related to the coronavirus COVID-19 pandemic and prevention of a pathogen’s spread. In fiction, the concerns continued to drive sales of Gabriel Garcia Marquez’s 1985 Love in the Time of Cholera, in an anniversary edition selling 3 million copies.

But where some robust charting really occurred seems to have been in a certain amount of escapism, leading to two familiar sources: the “30 Minutes in Cartoon” nonfiction treatments of various topics by Chen Lei and the fiction of the intensely popular Japanese author Keigo Higashino.

A Higashino title published in May by Nan Hai Publishing Co., The Camphor Keeper, arrived on the list in June at No. 16, along with six other titles from the author. A part of what drives the success of these books is film and television development. 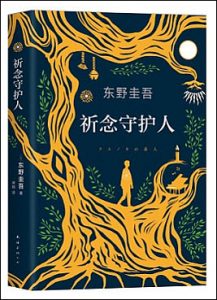 And a type of magical realism in some of Higashino’s work—as in his abiding hit, Miracles of the Namiya General Store—returns in The Camphor Keeper, which  centers on the guardian of an ancient tree to which the faithful pray in order to have their dreams come true. Not surprisingly, there’s a comfort factor to this work, and that seems to have played into its popularity in a time when even the Chinese capital has been jolted by outbreaks.

As prolific as Higashino is, and as loyal a following as he has in China, The Camphor Keeper is the first of his titles to be released in China simultaneously with its appearance in Japan. To energize that factor, the author wrote an affecting note to his Chinese readers: “The reason I wrote The Camphor Keeper is to pray that readers can have hope for tomorrow.”

National awareness was also at play, in sales for the books on Chinese president Xi Jinping and a newcomer to the nonfiction charts, 100 Questions About National Security.

The 18th of June was, as it is each year, marked out as a halfway point, usually called “618,” in the shopping year in China and much of the month in digital retail was themed around that trigger for discounts. Classics tend to do better in this annual sale-fest, and that seems to have held the nonfiction charts in place without a lot of change. The late Stephen Hawking’s A Brief History of Time did move onto the main nonfiction lists, having appeared in the past on the international nonfiction charts.

Per the reporting of Huizhong Wu, Judy Hua, and Ryan Woo for Reuters, it is of some concern that on Sunday (July 26), China reported 61 new cases for the mainland, “up from 46 cases a day earlier, the health commission said on Monday, with new infections not involving people returning from overseas hitting the highest number since early March.” Some 57 of those cases are said to have been domestic transmissions.