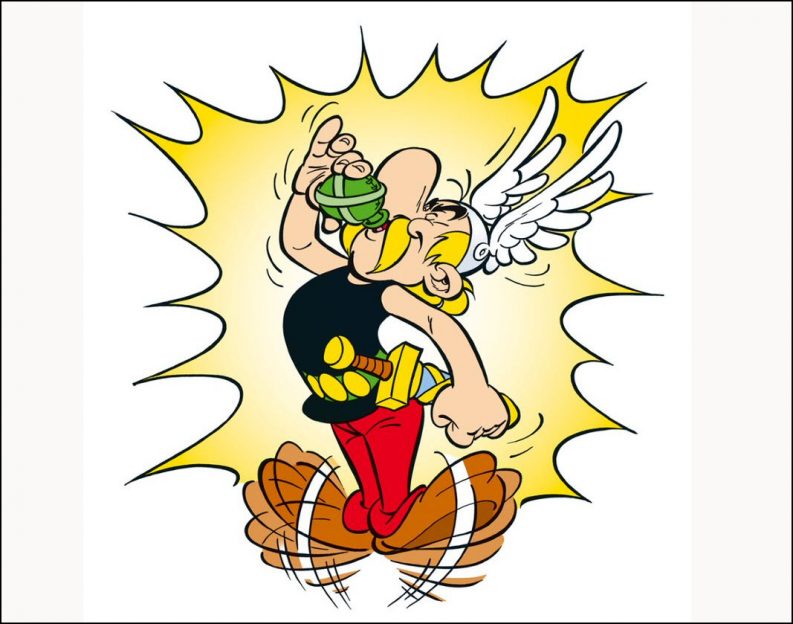 With new translations from the original French by Joe Johnson, Papercutz’s new publication of the Astérix canon begins on July 14. 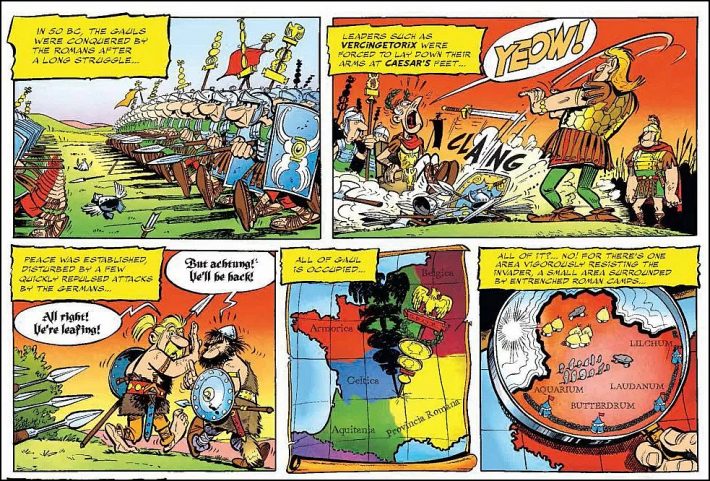 Panels from a ‘sneak peek’ advance look at the new US editions scheduled for release by Papercutz in New York City on Bastille Day, July 14. Image: Papercutz

As Elsa Keslassy reported Thursday (June 18) in an exclusive at Variety, Alain Attal’s Tresor Films in Paris has announced a US$72.4 million film project, Astérix & Obelix: The Silk Road. As Keslassy notes, that’s an “exceptionally high budget by French standards” for a film, but then Astérix is an exceptionally successful rights juggernaut.

And Americans who know and love the 60-year-old French comic series will be pleased to know that New York City-based Papercutz Publishing—a house that specializes in graphic novels for younger readers—will on Bastille Day (July 14) release two omnibus volumes of three Astérix stories each.

There are 38 books about Astérix and Obelix, the grinning Gauls who always elude capture by the Roman army in BC 50, and Papercutz’s plan is to start not only with the two omnibus editions, but also with a standalone new volume, No. 38, The Chieftain’s Daughter, which was released in October—to a quick sale of more than 5 million copies.

The rights for all this are held by Hachette’s lucky Éditions Albert René in the Paris suburb Vanves, and when it comes to licensing?—there’s the Astérix theme park, now past its 25th anniversary. Parc Astérix currently is offering “exceptional sanitary procedures,” its site tells us, in light of the coronavirus COVID-19 pandemic. 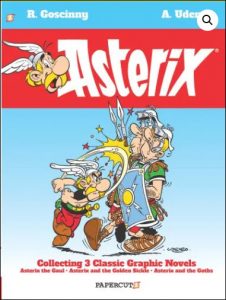 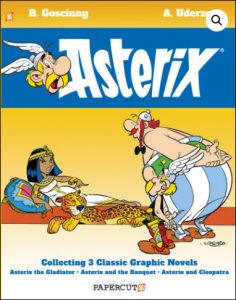 The current illustrator for one of the world’s best-known and longest running comics properties is Didier Conrad, who worked on Spirou before moving to Astérix. He has worked with Jean-Yves Ferri, the current writer of the series since Volume 35 appeared in 2013.

The original writer and illustrator duo of the series featured the work of the late artist Ablert Uderzo, who died on March 24 at age 92 in Neuilly-sur-Seine. Ironically for the new US-based evocation of the series, Uderzo is said to have been inspired by American comics and the Disney work. The founding writer of the series was René Goscinny, whose own American connection included work in New York City where he knew the team behind Mad Magazine. Goscinny died in 1977 at age 51.

In looking ahead to the coming July release of the first content in the new series, Papercutz publisher Terry Nantier is quoted talking about his own regard for the Astérix legacy, saying, “I grew up reading Astérix, among many other great European comics, and it grew with me. 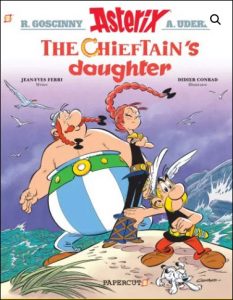 “As I got older, I started to appreciate the less-obvious humor: the satire of our ways; the cameo appearances of famous people, beautifully caricatured by Uderzo; the spoof of the ways of different countries Astérix and Obelix would visit. Goscinny once described the evolution of Asterix’s appeal in a telling way: at signings, first it was the kids claiming autographs, then it became parents asking for their children, then the adults asking for themselves.

“Asterix became a beacon showing comics could be so much more than people had believed.

“After 60 years, the little Gaul Astérix is an ongoing mighty hit in most countries and languages and thus has proven himself to cross borders very successfully. We say watch out America, Astérix’s magic potion is coming for you next.”

And if you’re just catching up to the power of one short Gaul with gall, a few notes:

Reached at her office in Paris just before the start of the weekend, Julie Tillet at Éditions Albert René tells Publishing Perspectives that a new Astérix animated television series is in the works to be released in the autumn of 2021 from Dogmatrix (Idéfix). In addition, there’s a live-action film being made for the Chinese market. And at Parc Astérix, Tillet tells us, “a new spectacular roller coaster is to be added in 2023.

Tillet likes what Papercutz is doing with the new US edition, she says, calling the company “a fantastic and clever comics publisher.”

And in general on working with this canon, “Representing the Astérix catalogue worldwide is a great pleasure,” she says, “as we all are passionate about these adventures and comic books in the team so we care a lot about expanding the brand in every possible way, to give our authors’ works the awareness they deserve.

“We’re very cautious about each development we make, no option must be left aside but timing is also key.

“The UK version—Anthea Bell did us the honor of translating the albums—has always been available in the US territory but it was high time for our famous character to have an American translation with puns and  references to the local culture making our authors’ wish come true.

“We were lucky enough to discuss this project with Albert Uderzo himself” before his death in the spring, “and he shared this great feedback with us: ‘As a child, I was a passionate reader of comics—Milton Caniff’s Terry and the Pirates, Alex Raymond’s Flash Gordon, E.C. Segar’s Popeye, and the wonderful Mickey Mouse pages drawn by Gottfredson. These artists motivated me to create something of my own. It’s therefore with great pleasure and pride that I present these new American editions of the Astérix adventures, originally created with my late friend René Goscinny.

And when it comes to rights issues, some of the high notes Tillet shares with us:

Tillet adds that she and the team in Paris wish Papercutz all the best with the launch on July 14. “Could there be a better date? I don’t think so.” 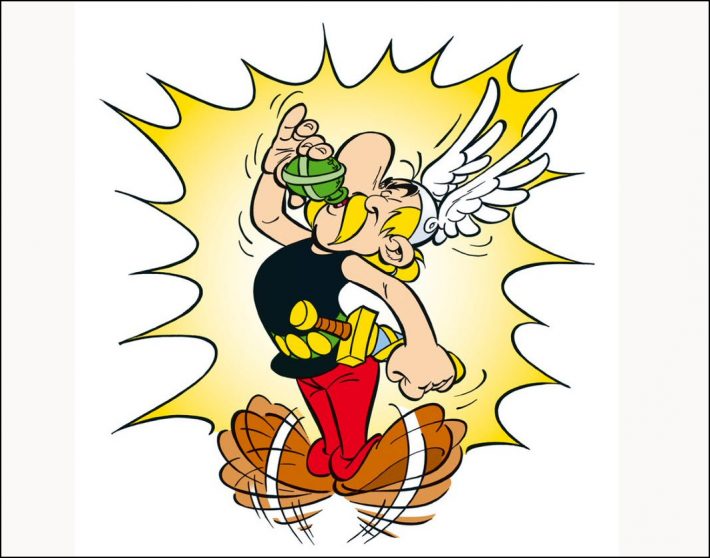