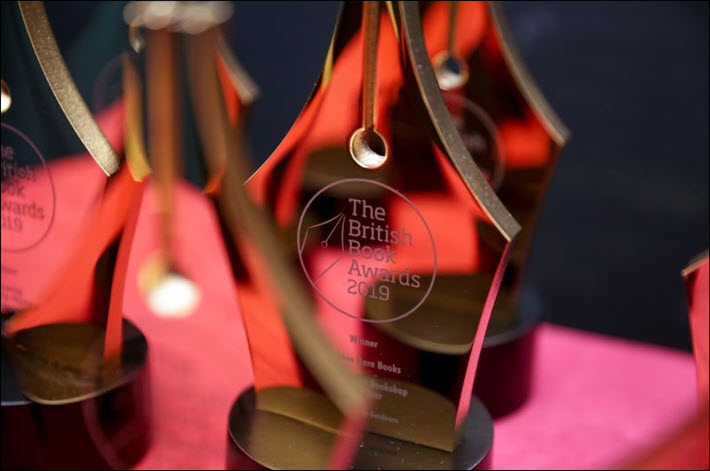 The next awards program to move online is the ‘Nibbies,’ set for June 29 with access available to readers as well as to book business players.

As publishing and book awards go, London’s British Book Awards are probably second only to New York City’s National Book Awards for physical-event opulence. The “Nibbies,” as the UK’s honors are sometimes called, are held at the Grosvenor House in Park Lane, normally with a lot of magenta lighting and sparkle. The National Book Awards, also a round-tables affair, are held in Cipriani Wall Street’s baroque ballroom with lots of yellow lighting and sparkle.

The British awards, owned and produced by The Bookseller, are normally held on a Monday evening in early to mid-May, and of course this year, May 18 turned out not to be a date for large gatherings in the British capital.

As Publishing Perspectives readers know, the program had announced in February a “30 from 30” longlist in recognition of the awards’ three decades, like the “Golden Man Booker” award to mark the Booker’s 50th year.

And then in March, the program delayed its big evening to June 29, and named some of its regional small-press winners and regional finalists in its hotly contested independent bookshop category.

The awards have stuck to their June 29 date while moving their venue from Mayfair to cyberspace, on this schedule:

As the organizers are pointing out in their latest messaging on the subject, what is normally an industry-facing event this year can be seen—in its online interpretation, at least—by consumers, as well. And the program is working to rev up the UK industry’s always robust social-media apparatus in support of the awards. 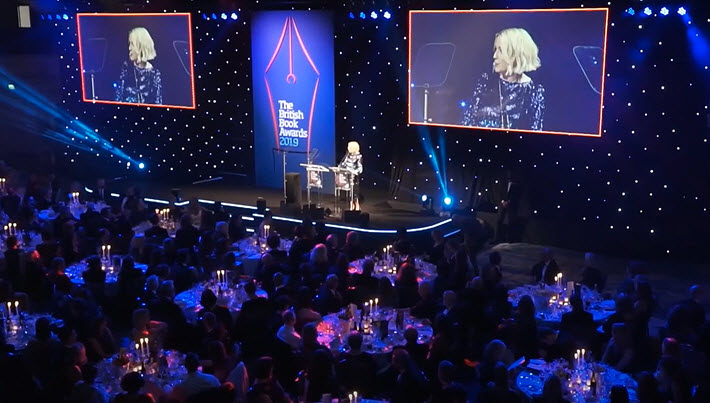 At the 2019 British Book Awards in London. Image: The Bookseller

Probably the most widely awaited awards are for the Book of the Year prizes, which are handed out in nine categories, including this year’s “30 from 30” special prize.

The trade award shortlists categories are even more numerous:

In announcing the move to the online edition of the awards, The Bookseller CEO Nigel Roby is quoted, saying, “We have been able to assess how organizations like BAFTA have created compelling virtual awards and I am sure that we’ll have a format that’s going to engage everyone from our fantastic shortlisted indie bookshops to our celebrated authors and to the book-buying public.”

You can register your interest in seeing the awards here, and there’s a contest attached in which 10 registrants will each win £25 (US$30.91) in National Book Tokens).

Close to 40 sponsors and partners of the programming are listed here.

More on the British Book Awards is here. More from us on publishing and book awards in general is here. And more on the coronavirus COVID-19 pandemic and its impact on international book publishing is here and at the CORONAVIRUS tab at the top of each page of our site.