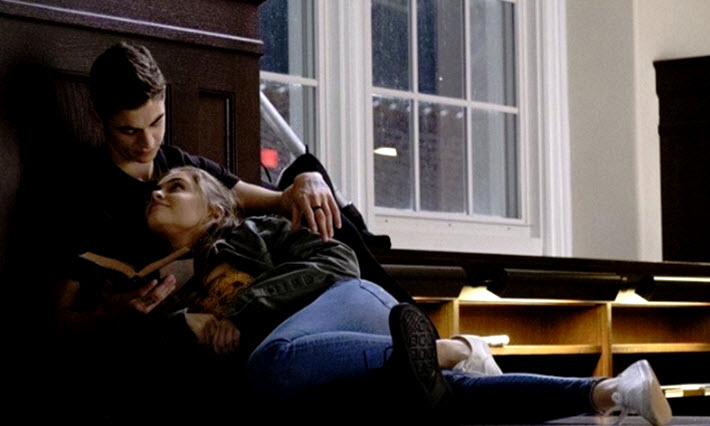 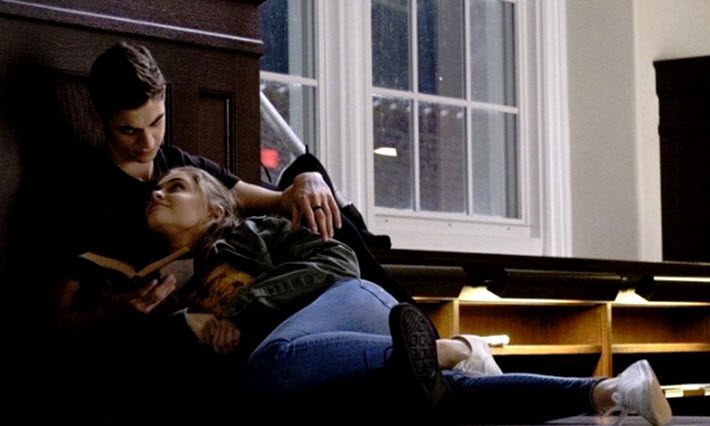 Hero Fiennes Tiffin and Josephine Langford star in the Jenny Gage adaptation of Anna Todd’s ‘After,’ one of Wattpad’s most popular stories. The film was released April 12. Image: Aviron/CalMaple promotional photo

‘A New Source of Creation’

Today (April 29) in Paris, Lagardère Studios and Wattpad are announcing a partnership to develop French-language content from the platform for screens. The agreement, one of at least four Wattpad development deals announced this month, opens a new collaboration between the Toronto-based platform and a subsidiary of the parent company of Hachette Livre.

In the terms of the agreement, Lagardère Studios gets exclusive first-look rights for all French-language content uploaded to the platform to produce projects for television, film, and digital adaptations, exclusively in French.

Projects for the partnership will respond to Lagardère Studios’ guidelines and will use Wattpad’s topical search capabilities to surface potentially applicable stories from the half-billion writings that Wattpad officials say have been uploaded to the company.

In a prepared statement, Lagardère Studios president and CEO Christophe Thoral is quoted, saying, “The success of Lagardère Studios comes from the richness, quality and originality of content produced for all audiences.

“This collaboration with Wattpad Studios is a wonderful opportunity and provides our fiction producers in France with a new source of creation.”

And speaking for Wattpad Studios, its chief, Aron Levitz, is quoted, saying, “Innovative entertainment companies all over the world understand that data and technology can bring new insights to the development process and help find exciting new voices.

“Lagardère Studios sees the enormous opportunity of tapping into Wattpad’s global French-language communities and bringing their stories to screens everywhere.”

There is, of course, a precedent for Wattpad’s association with a Lagardère company. In July 2017, Publishing Perspectives reported what at that time was the platform’s largest deal with a European publisher, Hachette Romans, led by Cécile Terouanne, who would appear with Wattpad’s Ashleigh Gardner later that year at Frankfurter Buchmesse to talk about the partnership which sees Wattpad stories produced as books in print and digital formats.

In addition this month to announcing deals with Singapore’s Mediacorp, Manila’s Anvil Publishing, Sony Pictures Television, and now Lagardère Studios, the platform has also seen the release (April 12) of Jenny Gage’s direction of the film adaptation of After–probably the most famous of the platform-to-book-to-screen Wattpad properties to date.

Author Anna Todd—the affable and prolific first ‘Wattpad Star” to gain real name-traction in the market for her writings on the platform—participated in the screenplay with adaptor Susan McMartin and as a producer. Wattpad Studios’ Levitz also is listed as a producer.

Starring Hero Fiennes Tiffin, Josephine Langford, and Peter Gallagher, the film reportedly surpassed its opening-weekend expectations, drawing US$6 million domestically in a wide release at 2,138 cinema locations. A Box Office Mojo report from  Brad Brevet indicates that 76 percent of the show’s audience was female and 73 percent was younger than 25, tracking the gender and age statistics of the 70-million-strong Wattpad monthly active users pool–a large part of which seems heartily to appreciate a bad-boy college romance.

As Joseph Bien-Kahn write at Vulture on April 19, the 2014 option originally stalled out at Paramount, which released rights to the show with the stipulation that it couldn’t be developed by another major studio.

Producer Jennifer Gibgot had predicted an international take of US$40 million in the first weekend, despite some challenging critical attention. The actual international gross so far is reportedly some US$37.5 million, with US and Canadian gross overall at this writing at some US$11.4 million. Data from IMDB’s system shows the Aviron Pictures production dropping to US$2.4 million in its second week, a 60.4-percent fall, in the same number of domestic cinemas.

More from Publishing Perspectives on Wattpad is here, more from us on books to film is here, and more on France’s market is here.