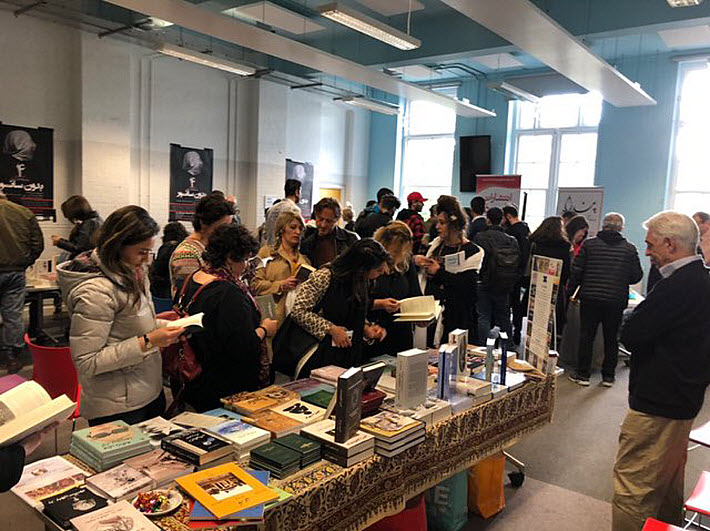 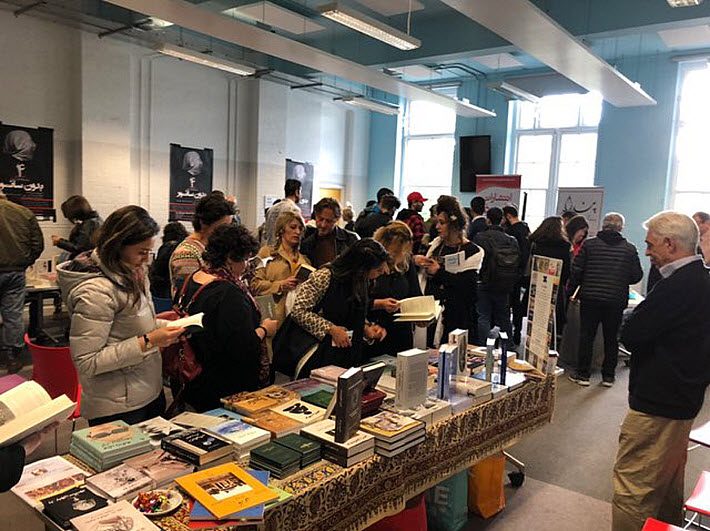 The fourth edition of the Tehran Book Fair Uncensored has opened with a day in London (April 27) and in Paris (April 28), and will next be in Cologne, Germany on Wednesday and Thursday (May 1 and 2), in Stuttgart on Friday (May 3), and in Munich on Saturday (May 4).

As Publishing Perspectives readers will remember, this is a traveling exhibition featuring publishers of Persian-language books that would face censorship in Iran.

Although the fair is sponsored and nominally funded by the International Alliance of Independent Publishers, participating publishers collaborate and pay for their own transportation and venues, traveling to a variety of cities around Europe and North America. In those venues, fellow publishers host the local events. Running until May 20—when the fair has its last stop in Brussels—it overlaps with the Tehran International Book Fair, which runs until May 4.

The Tehran Book Fair Uncensored was founded in 2016 by Iran’s Azadeh Parsapour, who operates her publishing company, Nogaam, from London.

As Publishing Perspectives has reported, she’s the winner of the Association of American Publisher’s 2018 Freedom to Publish award for her work in producing the writings of banned, blacklisted, or exiled Iranian authors. Parsapour also has been named for a third year to the International Publishers Association’s Prix Voltaire shortlist, which rewards courage “in upholding the freedom to publish and in enabling others to exercise their right to freedom of expression.” 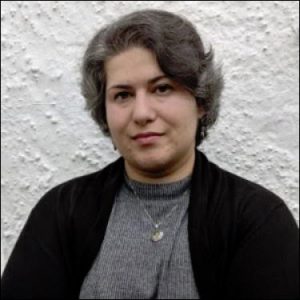 Parsapour tells Publishing Perspectives that she’s particularly excited this year to be producing James Joyce’s Ulysses in Persian. The new edition, she says, includes in-depth research about Joyce’s work. The complete translation is to be published in six volumes, with each chapter carrying more than 100 footnotes.

The translator of the work is Akram Pedramnia, an Iranian-Canadian writer and translator, Parsapour says, “who over the past decade has been translating essential works of the English language that are banned from distribution in Iran.

“Both her work and her method of publication and dissemination challenge a system of imposed censorship,” Parsapour says. “Among various other works, her translations include F. Scott Fitzgerald’s Tender Is the Night (2009) and Vladimir Nabokov’s Lolita (2013), the latter of which was published in Afghanistan and disseminated through the Iranian underground market.

“If Ulysses is published in Iran, it will go through very heavy censorship. So we’ll publish it outside the country and distribute it through the Iranian underground market.”

Pedramnia was given a scholarship to study documents that pertain to her translation, with the James Joyce Foundation in Zurich. So voluminous are her research notes, Parsapour says, that the first of the six volumes, currently at the printer, will run to 570 pages, making it quite a unique work in Persian.

She presented the new interpretation of Ulysses at the London launch of this year’s Tehran Book Fair Uncensored, which was hosted by Nogaam. There was “a very good vibe” at the event, says Parsapour, and it brought in 250 visitors who browsed books from eight Persian-language publishers.

The well-known cartoon artist and illustrator Mana Neyestani was at both the London and Paris venues for the event. Neyestani has lived in Paris since 2011, when he became the International Cities of Refuge Network’s (ICORN) first writer-in-residence in Paris. He fled Iran that year after three months in jail and before he was tried for allegedly inciting riots with a cartoon that “highlighted the plight of the minority Azeri community in northwestern Iran,” according to ICORN’s information.

In Paris, the traveling fair was hosted by Éditions Utopiran Naakojaa, one of several new publishers that produce books for the Iranian diaspora as well as for readers inside Iran. Their titles are frequently produced in digital formats.

In an interview (PDF) for the International Alliance for Independent Publishers, Tinouche Nazmjou—Naakojaa’s founder—said that while being a publisher outside the country is a constant struggle both financially and morally, “What remains, ultimately, is to believe in the power of speech, words, and literature and tell ourselves that the garden we are nurturing today, will inevitably be the grounds of an awakened consciousness tomorrow.”

Parsapour publishes both digital and print editions. Her ebooks are published under a Creative Commons license so that she can produce and offer books free of charge to readers inside Iran, who, since renewed US sanctions, are in worsening financial difficulty. Nogaam’s print copies are available in Europe and the States.

All of the Tehran Book Fair Uncensored’s publishers practice a form of literary activism, based on their support of freedom of speech. 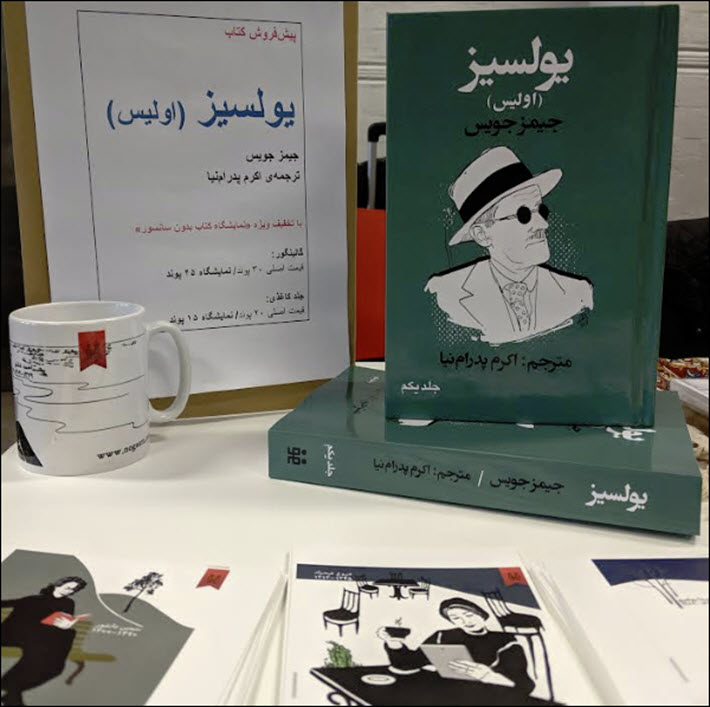 This year’s Tehran Book Fair Uncensored project has the participation of 18 publishers. 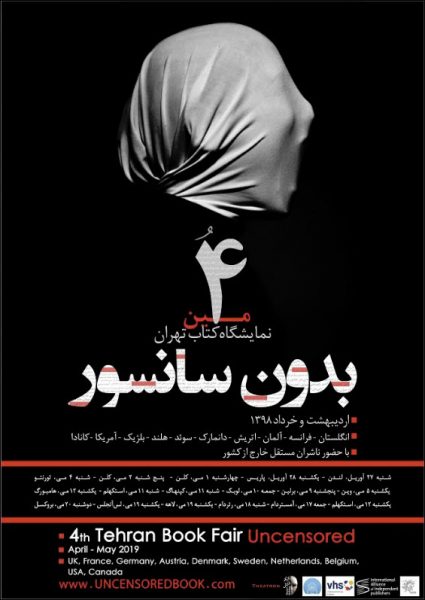 The poster for the 2019 Tehran Book Fair Uncensored

Here are dates for the tour’s route. In case of changes, we recommend you check the program’s schedule page here.

More from Publishing Perspectives on the freedom to publish is here.
Porter Anderson contributed to this report.