Organizers of the 11th Book Arsenal Festival and its venue, the Mystetskyi Arsenal, have released a statement following the Russian invasion of Ukraine. 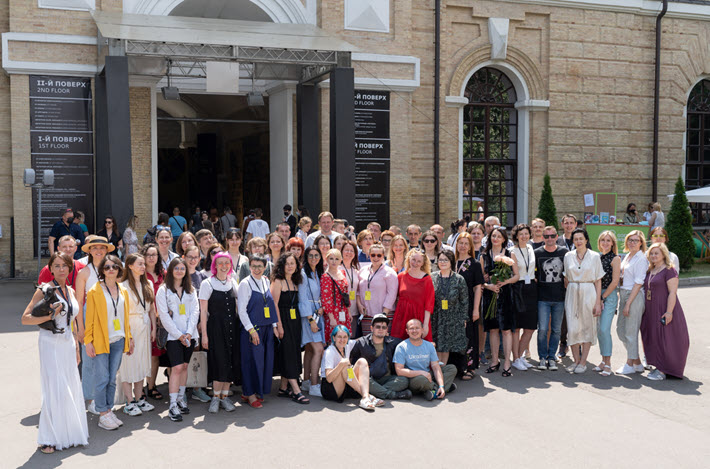 Members of the Book Arsenal Festival and Mystetskyi Arsenal team in Kyiv, in a photo taken at the time of the May 2021 festival. Image: BAF

‘We Need Your Solidarity and Support’

As Publishing Perspectives readers know, the Book Arsenal Festival in May in Kyiv is a high point of the Ukrainian literary year. The Book Arsenal program is based at the Mystetskyi Arsenal, the capital’s 60,000-square-meter complex for cultural institutions, museums, and art exhibitions on Lavrska Street.

While putting together today’s (February 24) statements of shock, sadness, and disgust from elements of the world publishing community in response to Vladimir Putin’s unprovoked invasion of Ukraine, we’ve reached out to book business players there. We’re glad to have this statement from organizers of the Book Arsenal Festival and the Mystetskyi Arsenal, and we have it for you here—with the help of Frankfurter Buchmesse’s Kathrin Grün—slightly edited for a couple of points we cannot reliably fact-check during a time of conflict-driven, shifting accounts. 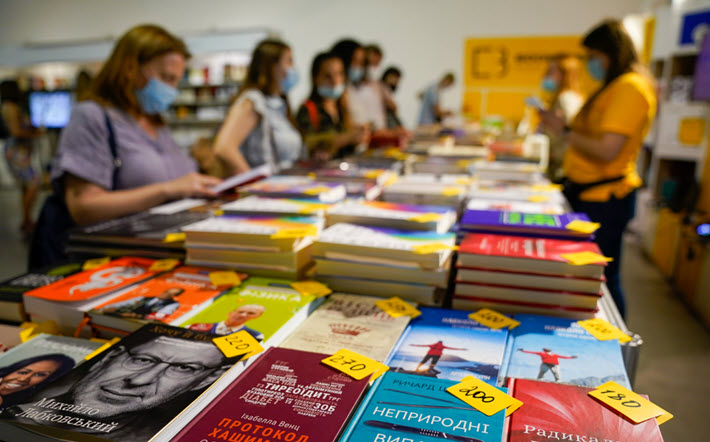 ‘A War in the Center of Europe’

“This morning, on February 24, Russia launched a full-scale war against Ukraine. Explosions can be heard in many cities of Ukraine, and the enemy’s tanks and heavy artillery crossed the Ukrainian border from the north, the south, and the east. There already are casualties among Ukrainian soldiers and civilians, including children.

“We should be preparing now the Book Arsenal to be held in May, exhibitions, and cross-sectoral projects. Instead our team focuses its efforts on ensuring the safety of our staff, our families, as well as on guarding our collection, our museum objects (paintings, graphics, fine art), including the artworks by Malevych, Yermylov, Bohomazov, Petrytskyi, Zaretskyi, and others, works of modern art, archaeological finds, and the Old Arsenal building, which is a historical and architectural monument of national importance.

“By escalating their eight-year-old aggression with these horrid and disgusting actions against Ukraine, by invading the territory of Ukraine, Russia is attacking the basic, fundamental principles of international peace and security, the pillars of the United Nations, the very existence of the Ukrainian state. This is a war in the center of Europe, and this war is not just ours, this is a war against all democratic states—the whole civilized world.

“At this time, we need your solidarity and support more than ever.

“Today’s invasion has the potential of becoming bigger and even deadlier than anything we have seen since World War II. All this will definitely have a global impact on the whole world and very likely—for generations to come. 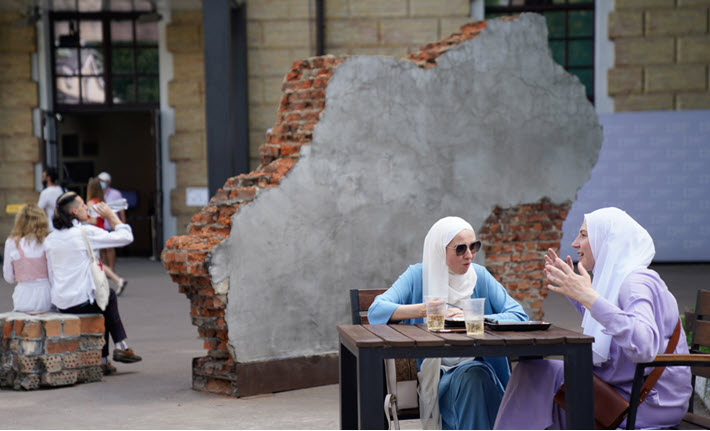 “Everyone can help and support us in the following ways: 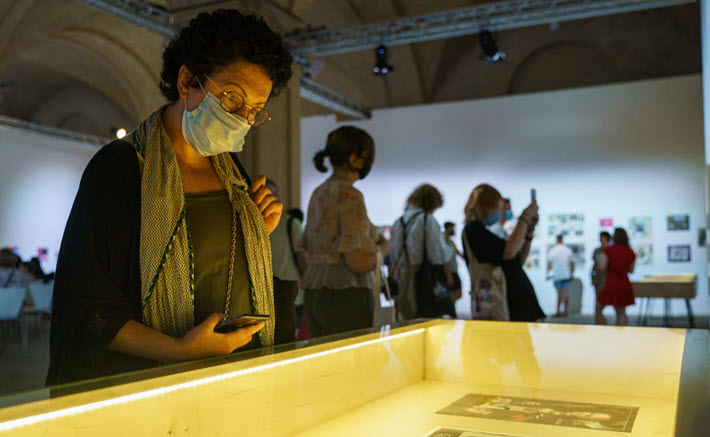 “The mission of Mystetskyi Arsenal and one of its main projects—the Book Arsenal Festival—is to create such interactions between people, communities, and institutions that empower an individual and society. This mission is clearly not about aggression or its escalation, it’s not about the forces of evil and destruction. We Ukrainians are a peace-loving nation, but we will defend our land, our families, and our right to freedom and independence. We will also defend our European choice.

“The armed forces of Ukraine are in full combat readiness and resisting the invaders as best as possible. With regard to civilians, we are trying to remain calm and do everything that the civilian population needs to be prepared for during warfare.

“The Book Arsenal team has been working hard to organize the 11th Book Arsenal Festival in May 2022. In recent months, we’ve communicated with many of you, inviting guests to participate in the festival program, to take part in business negotiations, and to visit our peaceful, beautiful city of Kyiv this spring.

“Despite the invasion currently in full force, we believe above all that our armed forces, along with the support of everyone involved—will stop the enemy and we will be able to meet in Kyiv this spring, to acknowledge and appreciate the principles of humanism, freedom, and critical thinking during the events together with you.” 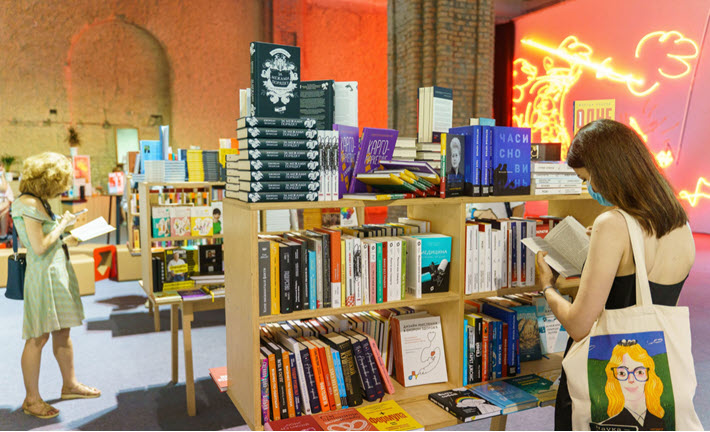 More from Publishing Perspectives on the Book Arsenal Festival and the International Book Space Festival is here. More on the freedom to publish and the freedom of expression is here.