The adaptation of Jenny Jägerfeld’s ‘Comedy Queen’—about a 13-year-old who wants to be a stand-up comedian—picks up a Berlinale award. 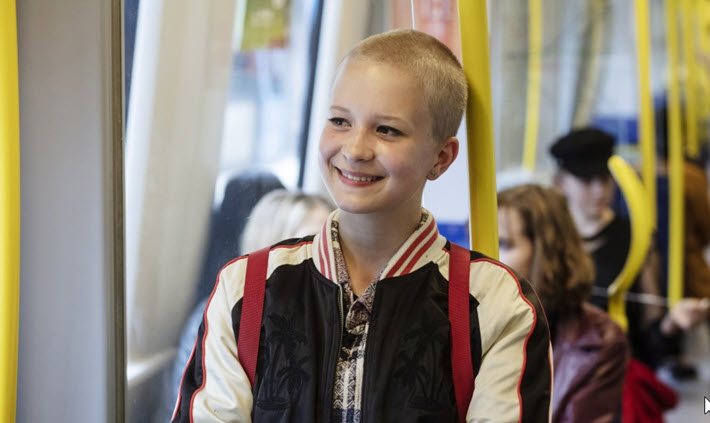 You may remember from our special Books to Screen Edition that Lena Stjernström at Stockholm’s Grand Agency flagged for us its handling of adaptation rights for a book called Comedy Queen by Jenny Jägerfeld.

As we ran that piece on February 11, the film had its cinematic premiere in Sweden on February 11 in its adaptation from FLX Sweden written by Linn Gottfridsson with Sanna Lenken directing.

The story, about a 13-year-old who wants to be a stand-up comedian, we’re told today (February 25) by the Grand Agency’s Jenni Brunn, has won a 2022 Crystal Bear award in the “Generation K+” category at the 72nd Berlinale, the Berlin International Film Festival, which closed Sunday (February 20). 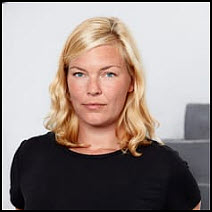 The jury’s rationale for its selection of the film reads, “A great protagonist, powerful and vulnerable at the same time, provided us with her captivatingly told, bittersweet story of loss, grief, anger, and healing.

“This film was a rollercoaster ride full of emotions: sometimes sad, sometimes funny, sometimes embarrassing. The music was always most appropriate and appealing. The camera was occasionally stable, yet also shaky. In a word, the film was superb.”

The film is directed by Sanna Lenken, with its adaptation by Linn Gottfridsson. Distribution in the Nordic markets is by Denmark’s SF Studios while Copenhagen’s REinvent Studios is handling international sales. Anna Bjelkerud, Adam Daho, and Sigrid Johnson lead the cast and Markus Bergkvist has supervised the music mentioned by the jury. The film was made with support from the Swedish Film Institute and Nordisk Film & TV Fond.

Brunn has included the book’s handsome list of international rights sales to date for us—which, surprisingly, has no English-language sales noted as yet: 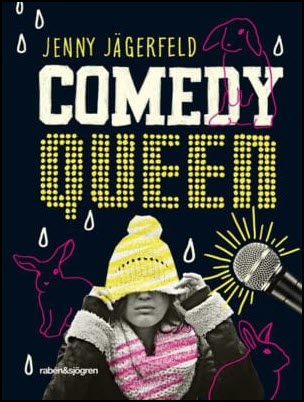 From the Grand Agency’s synopsis: “Sasha is just 13 years old and wants nothing more than to become a stand-up comedian. She wants to make everyone laugh, especially her father who cries in the shower when he thinks no one is listening.

“Everything at home reminds her of her mother who no longer lives, and behind Sasha’s eyes the life-threatening tears burn. But she refuses to mourn.

“She secretly writes a list of everything she has to do to survive—shave her hair, stop reading books, say no to the world’s cutest puppy and above all—become a Comedy Queen.”

This edition of the film’s (very effective) trailer has English subtitles:

Let us note for you that on March 11, we’ll have a pre-Bologna Children’s Book Fair special Children’s Books Edition. Literary agents, scouts, and rights directors who would like to be added to our list for reminders of these specials, drop a line to Porter@PublishingPerspectives.com.

And we’ll start today with more young readers’ material, and then move to an historically based work from the Netherlands on the epithet of witch for strong, assertive women. Here also is a novel based in the Venezuelan struggle, a light-hearted look at ancient Greek history, a story from Ethiopia and Catalonia, and a crime thriller from South Africa. 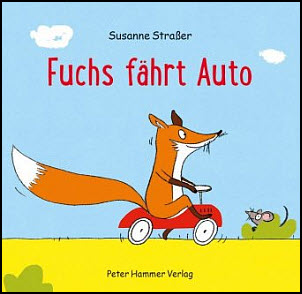 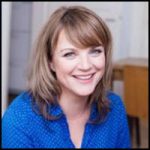 “Fox drives a car. Tap-tap with his feet. Slow at first, then faster and faster. Over gravel–helter-skelter. Through puddles–splash.

“The fox whizzes through the pictures so fast that he doesn’t even notice others hopping on: mouse and mole, beetle and rabbit.

“The child comes running as the last stowaway to join the crazy ride, but now the whole caper is revealed.” 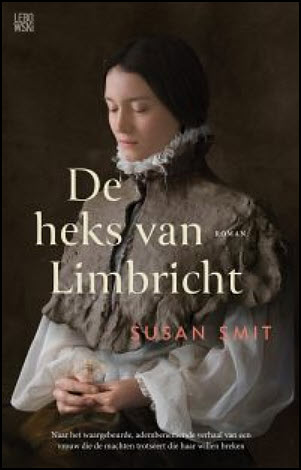 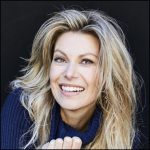 “Women who are unafraid to stand up for themselves and others often get the epithet ‘witch’ hurled at them. In online discourse, you see it all the time in reference to strong women like Nancy Pelosi and Kamala Harris.

“In her novel The Last Witch Hunt, based on historical research, Susan Smit shows how this kind of nasty talk can have serious consequences: In July 1674, soldiers raid the home of 74-year-old Entgen Luijten.” 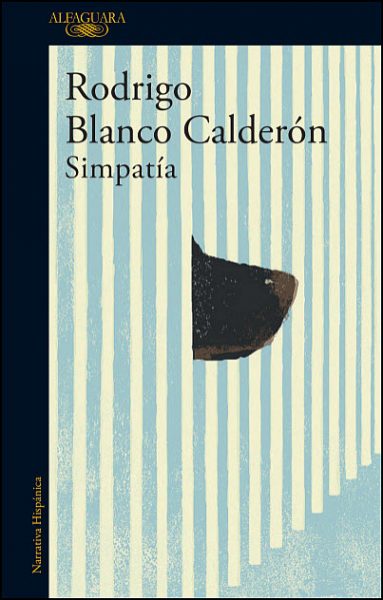 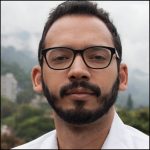 “A novel of the death throes of Venezuela and the collapse of Chavism.

“Proof of the chaos and misery that plague Caracas are the hordes of dogs that roam the streets, abandoned by the millions of Venezuelans who flee the country. That’s why Ulises, who’s flat broke and teaches in a modest cinema workshop, agrees to create a foundation to rescue dogs in need.

“Ulises is unwittingly dragged into an odyssey of family entanglements, dangers that have him doubting the people around him—where suddenly no one is what they seem—and mysteries surrounding the most famous, patriotic dogs in Venezuela.

“Simpatía is like a tragicomic fresco of Venezuela today.” 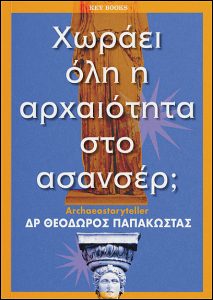 How To Fit All of Ancient Greece Into an Elevator
(Χωράει όλη η αρχαιότητα στο ασανσέρ;) 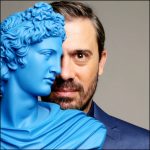 “How to Fit all of Ancient Greece in an Elevator by Theodore Papakostas is a nonfiction Greek bestseller that has sold more than 20,000 copies since its publication in June 2021.

“Offering a journey from earliest prehistory to the end of classical antiquity, the book answers many of the most commonly asked questions about the field of archaeology, and stops to marvel at both great and small moments in ancient Greek history. ”

The setup: “Two strangers meet in an elevator, which stops between floors. One is an archaeologist, the other is not. The question, ‘What do you do?’ is what sets off the conversation that follows.” 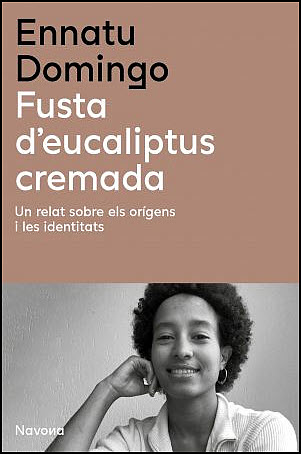 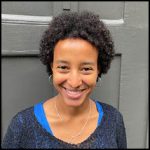 “A debut nonfiction narrative that dives into the unforgettable experiences of a 7-year-old girl in the early 2000s in rural Ethiopia, before she’s adopted by a Catalan family.

“As an adult, she still wonders about the living conditions of the rural Ethiopian population—especially the women’s—familiar from her childhood. This while she analyses how to live with more than one identity and what it means to lose and relearn one’s mother tongue.”

A full English translation is available. 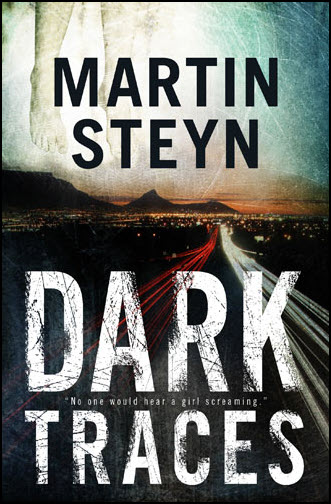 Dark Traces is the English translation of Donker spoor, originally published in Afrikaans in 2014 and awarded the ATKV Prize for Suspense Fiction in 2015. In October 2017, it was released in the US by Catalyst Press.

“The body of a murdered teenager is found decomposing in the veld. She was raped and tortured for days. She was hanged. She wasn’t the first. 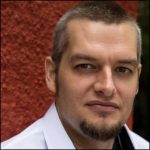 “The South African police service’s warrant officer Jan Magson, estranged from his son and still grieving for his wife, is assigned to the case. He must look the mothers and fathers in the eye. He must answer their questions. And he can’t.

“Headlines question the police force’s ability to protect the community from this evil. A newspaper prints a mother’s heart-wrenching letter to the killer. A father offers a substantial reward. And every time another lead reaches a dead end, Magson finds himself looking down at another dead girl.

“Martin Steyn’s book deals with two sides of homicide: sadistic murder and euthanasia: killing for pleasure and killing for love.”

This is Publishing Perspectives’ 38th publishing awards and/or book awards report in the 40 publication days since our 2022 operations began on January 3.