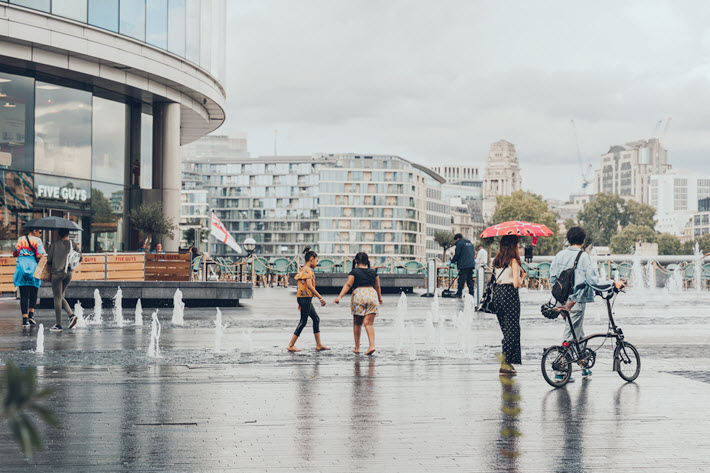 Children play in the fountain at More London in the pandemic year 2020. Image – iStockphoto; Alena Kravchenko

Today’s announcement of the shortlist for the 2021 Branford Boase Award for debut authors includes the program’s first verse novel, a YA work by author Manjeet Mann.

Amid the annual avalanche of awards stories that rolls over the industry at this time of year, the Branford Boase is named for author Henrietta Branford and Wendy Boase, a co-founding editorial director of the UK’s Walker Books. Branford and Boase worked together on several books, and both women died with cancer in 1999. The award program was established in 2000 to recognize emerging talent in young people’s literature.

The award is made annually to a first novel of at least 6,000 words for readers aged 7 and older. While an author may have published work in another category, she or he is eligible for this award as long as the pertinent submission is a novel. Eligible writers must be residents of the United Kingdom. The winning editor and author receive a trophy, and the winning author also collects £1,000 (US$1,393).

The winner of this year’s award is to be named on July 15.

More from Publishing Perspectives on children’s books is here and more on the United Kingdom’s book publishing market is here. More on publishing and book awards is here.