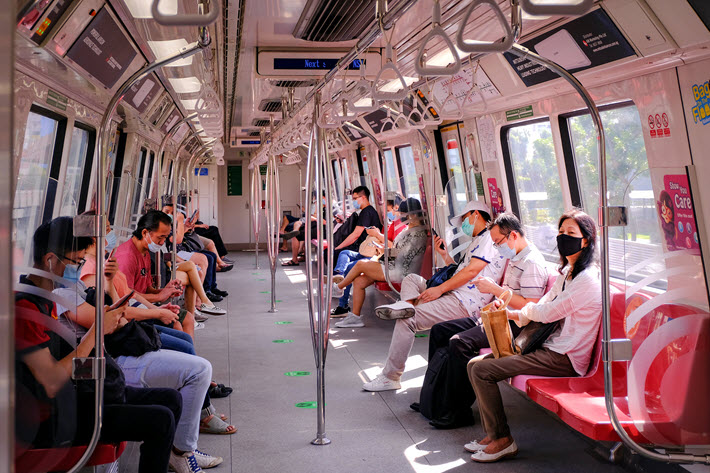 Recognizing the rise of digital publishing and reading in Singapore, the Book Publishers Association’s awards this year add honors for ebooks, audiobooks, and digital marketing.

In Singapore, public transport passengers are distanced on the MRT. Image – iStockphoto: Kandl

This year, new categories have been added, a reflection of the handsome progress that digital publishing is making in the island city-state’s robust literary community.

Those who know Singapore understand that the culture has an unusually engaged book business for a population of 5.6 million people, close to the size of Denmark and the city of Atlanta. At times, some of the energy behind the literary life of Singapore has been prompted by tension between the reading populace and the government and this is a culture that has proved itself unusually adept at leveraging that dynamic in its literary life.

“The pandemic has reinforced the importance of reading, as the best way to spend time alone but in communion with others.”Peter Schoppert, Singapore Book Publishers Association

The winners of these awards are to be announced on August 13 in a digital program–per the coronavirus COVID-19 pandemic, of course–the costs of which are being covered by Amazon, Markono Print Media, and Storytel. And that in itself holds clues to the singular position of this small nation in a wide world of books: Amazon and Storytel are two of the most aggressive publishing, retail, and distributional operations in the world, of course, and their support of this program tells you something about the value they see in its activities.

Storytel, in fact, is represented in three of the new audiobooks in contention and for its own marketing campaign.

Registration for the streamed awards program are open here. The program on August 13 is set for 4 p.m. Singapore time, which is GMT plus 8 hours, 12 hours ahead of Eastern time in New York.

The winning books in the Publishers Association’s awards each year are displayed at trade shows including Frankfurter Buchmesse and in festivals and book fairs in other international settings.

In his comments for the announcement of this year’s finalists, the association’s longtime president, Peter Schoppert, is quoted, saying, “The Singapore Book Publishers Association represents local and multinational–and locally-born multinational–publishers, from some of the world’s largest publishing companies to small and medium-sized enterprises with one or two staffers. 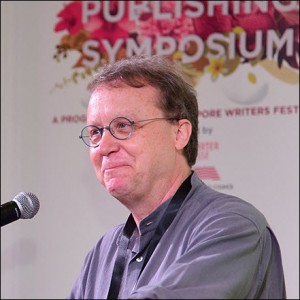 “Across the board, we see Singapore-produced books continuing to improve in many different fields and genres of publishing.

“We’re particularly pleased to run these book prizes during the ongoing COVID-19 crisis.

“The pandemic has reinforced the importance of reading, as the best way to spend time alone but in communion with others. But at the same time, it has been a blow to Singapore’s essential books ecosystem.

“These prizes are a way of recognizing the excellent work of our authors, illustrators, designers, and photographers, and also the good work of our publishers who bring all the pieces together, nurturing, packaging, and promoting these books.”

This is the sixth year of the awards program, which annually command widespread attention among Singaporeans. The association was created in 1968 and it calculates that its member-companies “contribute some 1.7 billion Singapore dollars to the island state’s economy (US$1.2 billion).”

More from Publishing Perspectives on Singapore and its publishing scene is here. More from us on the coronavirus COVID-19 pandemic and its impact on international book publishing is here and at the CORONAVIRUS tab at the top of each page of our site.