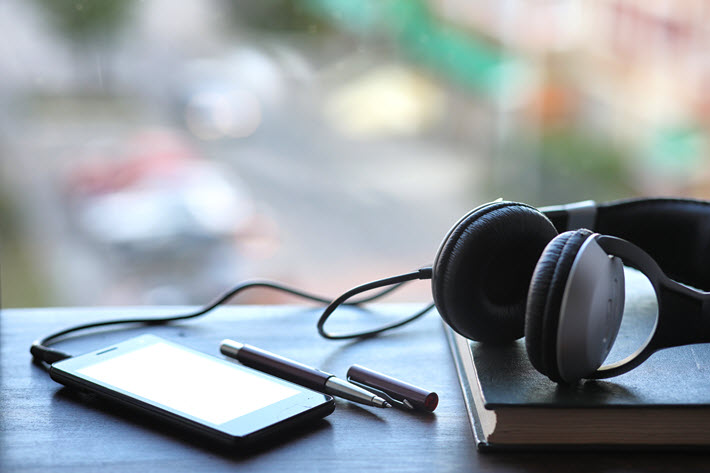 The success of the Association of American Publishers in its case against Audible Captions may have long-lasting influence on issues of AI and intellectual property.

In a resolution announced today (February 6), the Association of American Publishers has succeeded in stopping Audible from generating its “Captions” feature on publishers’ audiobooks without those publishers’ express permission.

The news will be welcomed by the United States’ and international publishing industries for its robust and long-lasting implications in questions of artificial intelligence, copyrighted intellectual property, and the technological capabilities of retail and distribution players.

A short statement issued this afternoon by AAP president and CEO Maria A. Pallante makes clear that there are two parts to the resolution: a settlement agreement that ensures going forward that Audible will ask permission of all AAP members before attaching captions, and a “consent permanent injunction” that would resolve and dismiss the original underlying litigation between the publisher plaintiffs and Audible.

“AAP, the plaintiffs, and Audible have resolved their pending litigation.

“Audible has agreed that it will obtain permission from any AAP members that are in good standing with AAP before moving forward with Audible Captions for their works. We will be advising our members as to the application of the resolution.

“Separately, the parties have presented a consent permanent injunction to the court, which would resolve and dismiss the underlying litigation between the publishers and Audible.”

There are some 150 member-publishers in the association. And what the injunction does is extend the protection this outcome affords the seven plaintiffs to all those AAP members.

For consumers: This doesn’t mean that “Audible Captions” won’t appear as a feature on certain Audible products. What it does mean is that if those Captions appear on an audiobook produced by a publisher-member of the Association of American Publishers, then Audible must have first obtained the express permission of that publisher.

For industry professionals: The implications here are obviously deeply encouraging. Audible, of course, is an Amazon company. And while its services and offerings to consumers are in many ways top-of-the-line in accordance with the market dominance of Amazon itself, so may be its technological capabilities.

In short, this is a potentially defining victory that helps to outline copyright protections on the digital publishing landscape. With its membership that includes the world’s largest publishers, and in the evolving tension between book publishing and its largest and most complex seller, this moment is important.

What the publishers association’s new permanent injunction certifies is that capabilities generally referred to as instances of artificial intelligence, or AI cannot be applied to the intellectual property of the American book publishing industry without prior and transparent agreement of rights holders.

Audible Captions and the Resolution

If you’re new to the Audible Captions case, you can find our coverage here. Most simply, Audible has the capability to display a text version of a few lines at a time of an audiobook’s narration—calling this “captions”—as the user listens.

Publishers asserted that this is the creation of an edition of the author’s book not licensed under Audible’s copyrighted permissions.

Audible’s response was, in part, based in assertions of educational and accessibility value, saying that “developing learners” benefit from audio-and-textual display. The company’s position, essentially, was that the Captions don’t constitute a new, unlicensed edition of the work but provide a helpful associated element.

Here’s a video prepared by Audible as an example of how the captions functionality looks in action:

One of the impressive elements of this event is the speed with which a resolution has been reached. From summer to early in the new year, the alarm was raised, debated, and resolved.

As for the legal process, in broadest terms, the agreement between AAP for the plaintiff-publishers and Audible is in place. The details of a “consent permanent injunction” have been presented to the court with a request for dismissal “with prejudice” of the original lawsuit.

The injunction specifies, at its heart, that:

“Audible, and its officers, agents, servants, employees, and attorneys, and other persons and entities who are in active concert or participation with Audible, are permanently restrained, enjoined, and prohibited from creating, generating, reproducing, modifying, distributing, publishing, or displaying, without express authorization from the owners or exclusive licensees of the United States digital text rights, written text derived from the audiobook versions of publishers’ works for any product or service created or offered by Audible. This prohibition does not apply to any text in the public domain.”

Implications at the International Level, and WIPO’s Interests 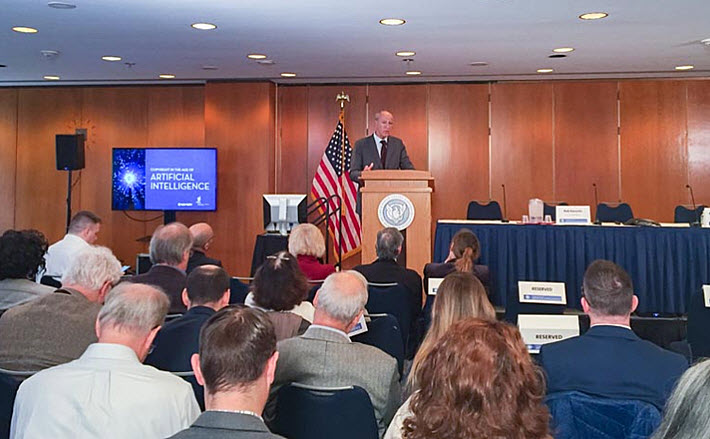 In world publishing, the Audible Captions issue is well-timed, in that it parallels the efforts put into motion by outgoing World Intellectual Property Organization (WIPO) chief Francis Gurry, as he discussed with Publishing Perspectives during Frankfurter Buchmesse in October.

Gurry was in Washington on Wednesday (February 5) to speak in a program c0-sponsored with WIPO by the US Copyright Office on “Copyright in the Age of Artificial Intelligence.” According to one industry observer, Gurry was informed during the event about the resolution of the Audible Captions-AAP case.

WIPO, at Gurry’s direction, is developing a definitive list of issues related to the impact of AI on IP policy. Anyone interested is welcome to provide input through WIPO’s call for comment, which can be found here. The deadline for submissions is February 14.

Gurry’s program of examination and evaluation of AI concerns for copyrighted material initially includes an area called “machine translation,” and this may be seen as encompassing the automated generation of textual “translations” of a narrator’s reading on an audiobook.

Something understood by those who have followed the Audible Captions case is that while the text of a book itself is copyrighted, so is the actual production of the audiobook itself.

While Audible produces content of its own, the publishers’ audiobooks that consumers buy or listen to via Audible are produced by those publishers, meaning that not only the author’s text but also the artistry and production values of an audiobook are controlled by rights holders.

And not least because Amazon and its companies including Audible operate in a widening array of world markets, this new resolution in Chronicle Books LLC v. Audible Inc. may have lasting impact on many AI-related questions around copyrighted material to come.

The fundamental question is what a third party, in this case a technological retail and distribution player, can do with the work of authors and publishers without having the agreement and permission of those copyright holders.

However humane such technological efforts may seem—as in the idea of textual and auditory enhancement presented as educational and/or accessible—the readout here is that express permission still is required.

While publishers involved in the case will appreciate the work of lead counsel for the AAP, Dale Cendali of Kirkland & Ellis LLP, who successfully presented the case called Chronicle Books , LLC v. Audible, Inc. in the district court of Judge Valerie E. Caproni at the Southern District of New York, a few technical points here may be helpful to those catching up with the news.

The case is called Chronicle Books , LLC v. Audible, Inc. because Chronicle is the first of seven alphabetically listed publisher-plaintiffs who agreed to be represented by the Association of American Publishers in this lawsuit.

Those seven publishers are powerhouses of US and world publishing:

One of the achievements of the AAP in a case of this kind, then, is that it was able to leverage the needs, interests, and diligence of the major houses to benefit publishers and their authors across the board and secure this new victory in copyright protection for its entire membership.

If at times it’s easy to lose sight of the tangible benefits that publishers’ associations and their world body, the International Publishers Association (IPA) in Geneva can provide to the business, this is a case in point.

The IPA works with WIPO in copyright enforcement, with observer status there and with UNESCO in Paris, maintaining links with the World Trade Organization, as well.

This international network of copyright-issue address-and-response capability may come more frequently into play, as copyright regulations in world markets are  challenged.

It could be instructive for the AAP to present—perhaps at the IPA’s May 28 to 30 International Publishers Congress  in Lillehammer if the agenda allows—an outline of what went into the legal action taken in the Audible Captions case, so that the world congress’ delegates can return to their respective markets sensitive to the ways in which this outcome can inform their own copyright protection issues.

And it will be interesting now to follow how members of the world publishing industry may develop and apply the significance of the Audible-AAP case. The context in which copyright issues in more markets are argued might well be influenced by this development.

More from Publishing Perspectives on audiobooks is here, and more on the Association of American Publishers is here. More from us on copyright issues is here.