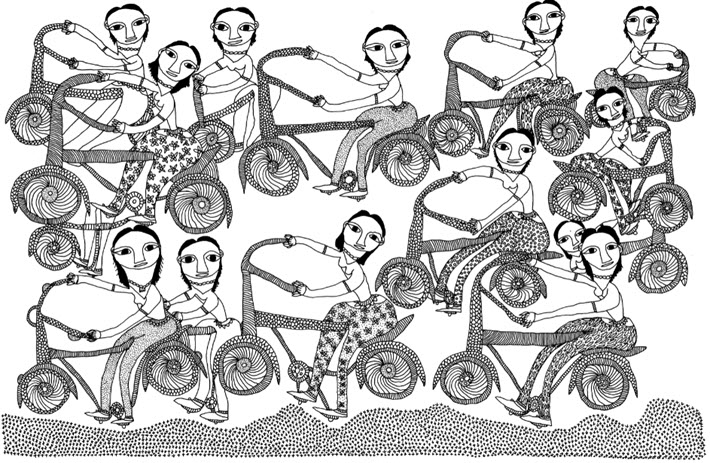 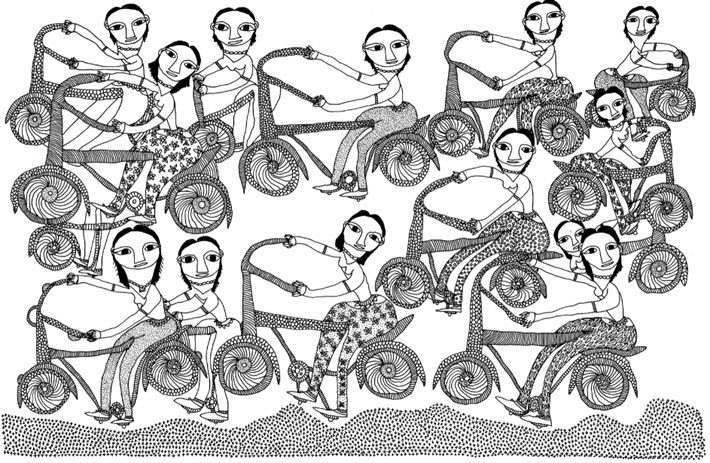 ‘Women and Bicycles,’ from ‘Drawing from the City’ by Tejubehan, original edition, Tara Books Pvt Ltd., Chennai. Used by ‘Words Without Borders’ by arrangement with the artist and publisher, and provided to Publishing Perspectives for this article

During a discussion staged by Byte the Book at Frankfurter Buchmesse this month, Arpita Das—the founding publisher of New Delhi’s Yoda Press—spoke to her audience about the rise of the Dalit community in the country’s literature. She spoke of how younger Dalits are developing a voice for their people, and a political voice at that.

The session in question, titled “Publishing and Morality” and chaired by Byte the Book’s Justine Solomons, looked at how self-censorship can cripple a culture’s creative class, a subtle evocation of repression’s dangers to the freedom to publish.

The translation-focused nonprofit Words Without Borders has dedicated its October magazine to the phenomenon to which Das was referring on Frankfurt’s International Stage in Hall 5. The sweeping dynamic of this politically charged season—so prominent in last week’s big trade show—now folds down swiftly into quieter, more personalized aesthetics. 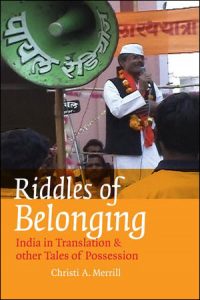 This month’s edition of Words Without Borders is titled Rewriting Caste: Dalit Literature in Hindi, and it introduces to readers the plight and the poetics of India’s Dalits. These are the lowest caste in India’s complex, layered society, the people often called “untouchables” in Western parlance.

And in co-editing this month’s presentation, Christi A. Merrill and Laura Brueck bring a healthy breadth of perspective to both their introductory article’s evocation of the context for Dalit literature and to their selection of work for the edition. They write that they “have generally focused here on pieces written in Hindi that supplement what is already available in English translation. We have purposely chosen work that represents a range of political perspectives and genres, from writers who themselves are known for their own range.”

Merrill is an associate professor of South Asian literature and postcolonial theory in the departments of comparative literature and Asian languages and cultures at the University of Michigan. She’s the author of of Riddles of Belonging: India in Translation and other Tales of Possession (Fordham University Press, 2009). 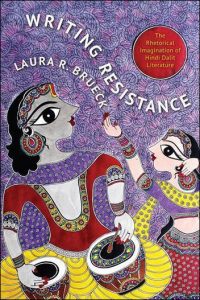 Brueck is an associate professor at Northwestern University in South Asian literature in that school’s department of Asian languages and cultures and in comparative literary studies. She’s the author of Writing Resistance: The Rhetorical Imagination of Hindi Dalit Literature (Columbia University Press, 2014) and the translator of Unclaimed Terrain: Stories by Ajay Navaria (Navayana, 2013).

And speaking of translation, Brueck and Merrill don’t shy from the fact that English, itself, is a token of political doubt for many in the Indian arena. “Certainly English maintains a curious, much-debated position in the Indian literary scene,” they write, “more generally given its historical association with British colonial power.

“As a global lingua franca, it serves as a link language both within India and internationally, and in the case of Dalit literature has occasioned transnational conversations both within elite circles in India and abroad about work written originally in vernaculars like Hindi, Marathi, or Tamil.” 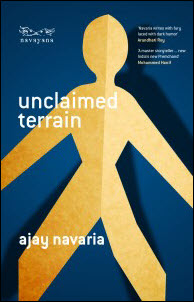 Isn’t it an irony that English, about which some may feel conflicted, can be so helpful in promoting this literature?

“The prominent Indian travel writer and literary reviewer Pankaj Mishra,” the two editors write, lists Brueck’s “English translation of Ajay Navaria’s short story collection … among the ‘best books’ of 2013 in The Guardian (November 23, 2013) for the way it hints ‘at the as-yet unrevealed depth and diversity of Indian literatures,’ giving it a prominence it never enjoyed in Hindi.”

More irony, provided by the editors, “is that Navaria’s Unclaimed Terrain, like Omprakash Valmiki’s Joothan, and all the work in this special issue, are themselves translated by scholars invigorated by the daring literary experimentation and anti-caste critiques.

“In her translator’s preface to Valmiki’s Joothan, the University of Toronto English professor Arun Mukherjee writes movingly of the ways Valmiki’s account made her rethink her own upper-caste privilege and also forced her to reconsider the colonizer/colonized binaries that reigned in the field of postcolonial studies.”

Dalits’ ‘Big Reasons To Write About Ourselves’ 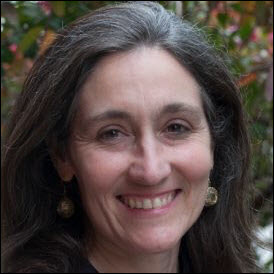 If you feel that some of these references and influences are tangling together too quickly for you, you might want to dip into some of the translated offerings first, and then return to Merrill and Brueck’s cogent analysis with one or more of these writers’ and translators’ prose resonant in your mind.

In Suraj Badtiya’s “Gujji,” for example, you’ll read in John Vater’s translation from the Hindi:

“Do we need big reasons to write about ourselves? Don’t small ones count too? I’ve often wondered if some social logic doesn’t underlie how we measure the distance between big and small.” 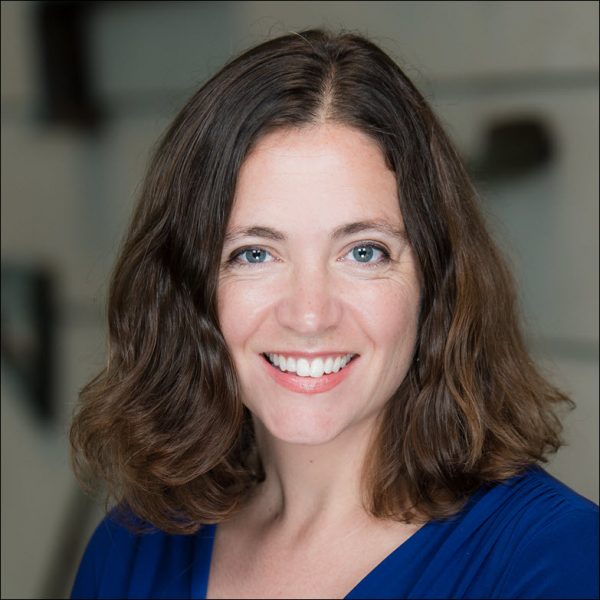 By the end of that one, you’ll have encountered the “big reasons” that so many of us “write about ourselves.”

And just what does that impulse mean to someone whose hard work leads to being “educated, human just like everybody else”?

Or look in on “The Case of the Quota Candidate” by Anita Bharti in Swarnim Khare’s bustling translation, as a superbly educated new teacher shows up some of the school’s faculty members’ collective paranoia:

“Layers of built-up resentment began to come apart one by one.

“’We are no less than anyone!’

“’Do we make less than the others?’

“’You add up to just three percent and still you rule over us. The days of this domination are long gone!’

“’We work as hard as anyone else. Why don’t you try it sometime?’”

Here are the works selected by Brueck and Merrill for the edition:

From left, four of the authors represented in the ‘Words Without Borders’ October 2018 edition are Suraj Badtiya, Mohan Das Namishray, Anita Bharti, and Ajay Navaria

In their article’s summation, Brueck and Merrill write, “Dalit literature represents some of the most meaningful, socially engaged narrative voices in India today, and its international appeal is growing as well.

“Dalit writers are able to call into question some of the dubious moral stances guarded by the indigenous elite in the name of preserving tradition.”Christi A. Merrill and Laura Brueck

“Each of these writers has a keenness of vision we are excited to share with this English-speaking readership.”

And once again, what’s on display here is the importance of Words Without Borders’ work  That growing presence on the international stage—for this and so much other translated work—is in part thanks to the kind of sampler that the organization offers each month, curated by experts and translated by eloquent specialists.

“Dalit activists understand the importance of translation in providing an opportunity for their work to circulate more widely,” write Merrill and Brueck.

“In forming an alliance with English-language readers, Dalit writers are able to call into question some of the dubious moral stances guarded by the indigenous elite in the name of preserving tradition.”

And, as was hinted at by the publisher Das of New Delhi, there may in fact be inspiration for many beyond the Dalits’ plight for breaking free of expected self-censorship, and becoming, as Brueck and Merrill title their introduction, “Beyond ‘Untouchable.'”

In case you’d like to contribute to Words Without Borders in its 15th anniversary celebrations, there’s a fund-raising event on October 30, the “2018 Gala and Globe Trot,” at Three Sixty Tribeca in New York City. More information on it is here.

More from Publishing Perspectives on Words Without Borders is here, and more from us on translation is here.