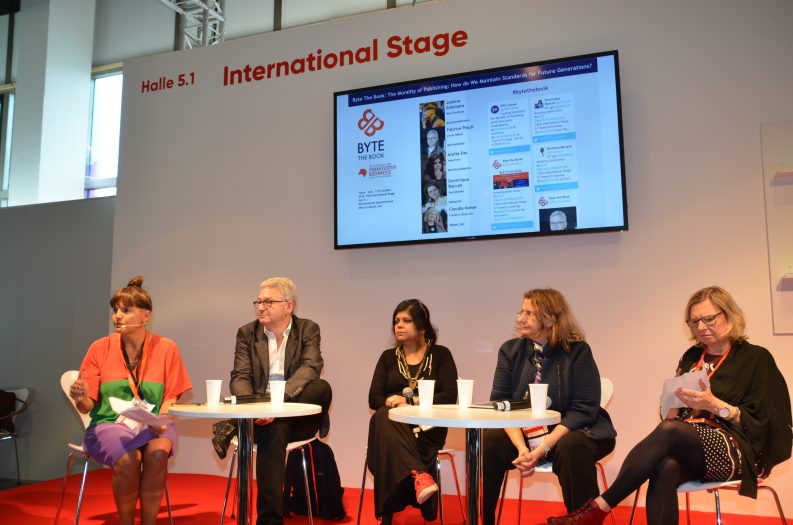 At an event organized by Byte the Book and the Frankfurt Book Fair, publishers looked at how social pressures influences publishing. 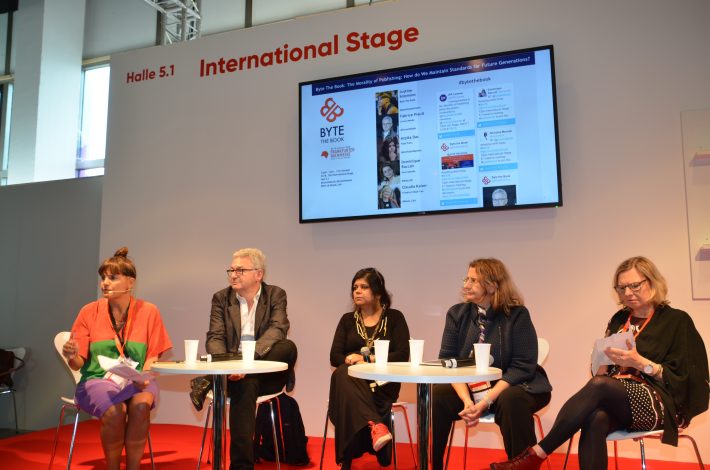 Self-censorship is a growing issue for publishers; publishing in India is on the verge of the #MeToo movement; and adult publishing seems stuck, with the real change on issues like diversity and sexuality being driven by teens and the YA market. These were among the themes at the timely “Publishing and Morality” session hosted by UK networking body Byte the Book and chaired by the latter’s founder Justine Solomons.

Fabrice Piault, editor-in-chief at Livres Hebdo, said that self-censorship was growing in France “because of pressure from lobbies and networks.” He cited a recent example—a pornographic graphic novel called Petit Paul about a well-endowed ten-year-old boy. “The book has the image covered and has a ‘For Adults’ sticker too, but there was an online petition and a number of book chains removed the title from sale.”

He said there was more and more pressure like this, such as the opposition to Gallimard publishing Céline’s essays because of the author’s anti-Semitic views, “even though it was to be published with explanatory notes.”

Arpita Das, founder and publisher of India’s Yoda Press said self-censorship was a problem in her market, too. “We have a conservative government, and big publishers have decided to side with them. Indian publishing is not progressive.”
Das spoke with understandable pride about her LGBT titles being mentioned in two court rulings in India recognizing transgender people in 2013 and the decriminalisation of homosexuality in 2018. She also talked movingly about the rise of the Dalit community, the lowest level of India’s notorious caste system, and about publishing Dalit titles as a new generation starts to find its voice and become politically active.

Claudia Kaiser, Frankfurt’s vice president of business development for Southeast Asian markets flagged up the difficulty writers have in Vietnam who are critical of the government.

Dominique Raccah, CEO of US publisher Sourcebooks was extremely enthusiastic about teens and YA publishing. “This area is driving change, I think. Adults publishing lives in a ghetto. YA is the most forward part of the US market. Young people are curious, they want to explore themselves and explore the world. We’ve just had Banned Books Week in the US, and the most stolen book in the US is This Book is Gay. Teenagers are exploring and we need to help them.”

Some of the panel seemed to question the role of “sensitivity” readers at publishing houses, wondering whether the fear of causing offense was encouraging censorship. But Chaz Harris, co-founder of Promised Land Tales in New Zealand, said that he had used a ‘sensitivity reader’ himself for his novel. “It’s more about just making sure you get something right about an area you don’t know about.”