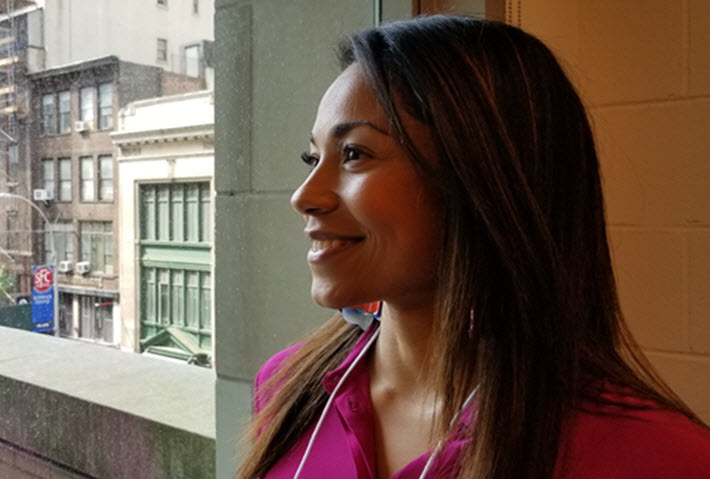 Melding her childhood in the caves of Brazil with her life today as a Swedish author, Christina Rickardsson oversees the work of the Coelho Growth Foundation for children at risk. 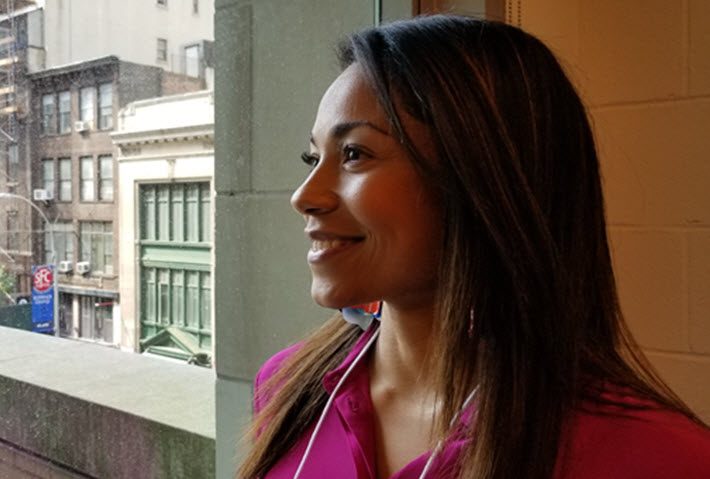 ‘More About Storytelling Than Language’

Born in 1983, Christiana Mara Coelho lived with her mother Petronilia in deep poverty until she was 7 years old in Brazilian caves near Diamantha, a UNESCO World Heritage site known in the 18th and 19th centuries for its diamond mining. 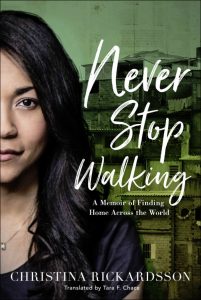 After being forced to move into São Paulo and survive on the streets, Coelho and her younger brother were put into an orphanage and eventually separated from their mother. They were adopted in 1991 by a Swedish couple, Lilian-ann and Sture Rickardsson, who renamed Christiana “Christina.”

While Rickardsson has talked of how readily she dove into her new life in Vindeln, in the north of Sweden, she realized in 2015, she says, that she needed to return to Brazil with her brother Patrique, where they were able to meet for the first time with their mother—who’d never been told that they’d been adopted and moved from the country on a court order.

Christina Rickardsson has become the rather young author of a memoir at age 35—Sluta aldrig gå: från gatan i Sao Paulo till Vindeln i Norrlan (2016) from Bonnier’s Bokförlaget Forum in Stockholm. The book was published in June as Never Stop Walking by Amazon Publishing’s AmazonCrossing in a translation from the Swedish by Tara F. Chace, whose work also includes last year’s Simon & Schuster edition of Billie Peers’ William Wenton and the Impossible Puzzle.

On finishing the book, Rickardsson has founded Coelho Growth, a nonprofit charity targeting the plight of what the foundation reports are more than 7 million street children in Brazil. Coelho Growth, in fact, works directly with the orphanage in which Rickardsson and her brother were sheltered until being adopted, Lar da Infância de “Nice”.

Bonnier, which will also publish her next book, Rickardsson tells Publishing Perspectives, is a partner in the foundation, as are Rivia Sports, Pondus, and Knack Media. And the program works with homeless Brazilian children on the basics of food, education, shelter, and education.

And it’s in her own youth as an 8-year-old suddenly transplanted to Sweden that Rickardsson says she discovered her interest in writing.

‘A Tough Part of My Life’

When she was 8 years old, “I told my mom that one day, I’d write a book,” she recalls. “I realized even then that my life had been so different from all the children here in Sweden. The idea started there.

“I did what most children did, writing in diaries, and realized I liked expressing myself that way,” even as she was transitioning from Portuguese to Swedish. “I didn’t have the language really to do it. It wasn’t until I got older that I realized that being a writer is more about storytelling than language.

“You start by writing, and then you can learn grammar and spelling. You can always work on grammar, but you need to be able to tell your story in a way that an audience can relate to it. If you don’t have the storytelling, you won’t be an author.” 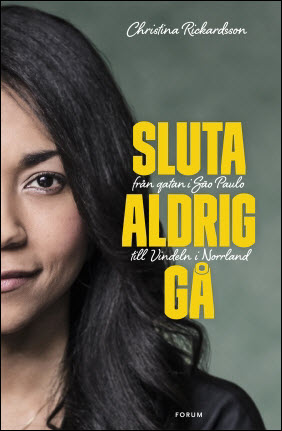 In high school, she says today with a laugh, I got a good grade from my teacher, “but when it came to my homework in writing stories, he told me, ‘Well, you’re not going to be an author, you know.'” Later, when she met with him after the publication of her book, they laughed, “and he was very happy that I’d proved him wrong.

“I think I’m that kind of person. If you tell me, ‘You cannot do this,'” she responds by changing that narrative. “Only you know what you can do and what your limits are.”

In creating the foundation, she says, “Something that has been a huge part of my life, and a tough part of my life”—the deprivations of her childhood—”can be a joy now” as she works to improve the circumstances of children who live in the same setting and straits in which she struggled.

“People and companies go in and help us with projects. Brazil is a very corrupt country, so what we do now is that I personally work with two NGOs there, one in Rio and one in São Paulo. They are the best in Brazil, praised for their work.

“Right now, for example, the real estate company here in Sweden called HSB (PDF) has contributed to the foundation. So when I go to São Paulo in December, we’re going to help with a library there” where young people are given access not only to books but to information “about drugs, sex education, police violence, and why education is important and how to get off the streets.

“Without this money, the library couldn’t stay open. This is important not only for children, but also for parents who need to be able to borrow books and read to their children.

“It wasn’t until I got older that I realized that being a writer is more about storytelling than language.”Christina Rickardsson

Her next work, scheduled to come out from Bonnier again is a novel, she says, “based on true stories. It has two characters, and while it’s not an autobiography like Never Stop Walking, it has a strong connection to it. You’ll see the connection, but it’s a different story.”

She’s in edits with the publisher on first chapters now, for publication next year.

And as in the so-called “butterfly effect” concept of causality, she says, “it talks about the things closest to my heart and relationships, different kinds, and how one thing you can do can have an effect on so many people, the consequences things can have.”

It’s something she knows a lot about—effects felt at great distances in surprise circumstances the reach of relationships and cultural connections.

“I think this is important,” says Christina Rickardsson. 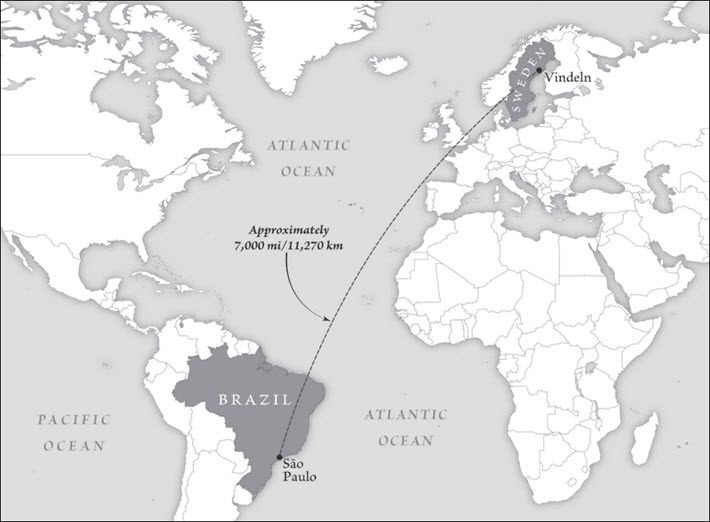 From the AmazonCrossing edition of ‘Never Stop Walking’