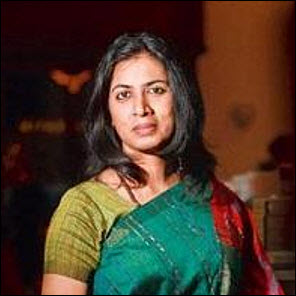 From The Hindu: ‘Every turn is a potential discovery of a new voice, an unexpected sensibility,’ says poet Arundhathi Subramaniam about her perception of the London Book Fair. 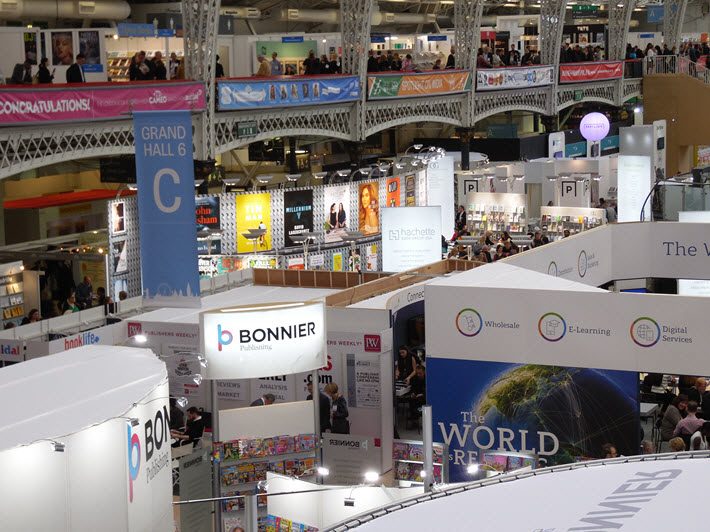 ‘A Great Wilderness of Books’

At The Hindu, Subramaniam spoke with SR Madhu about her experiences at London’s trade show. Some excerpted highlights follow.

SR Madhu: Was London Book Fair a stimulating experience? What were the highlights? Did you give the fair a flavor of your work?

Arundhathi Subramaniam: We were invited to take part in two sessions. On the first day, March 14, a session revolved around the respective literary contexts of the participants. I discussed the Anglophone poetry scene in India with a small but genuinely curious group of listeners. [This was the session, Symposium on Indian Writing Today.]

On the third day, we were asked to present our own work. [This session was titled My World, My Writing: Readings by Indian Authors.] I read my poetry here, offering some sense of trajectory from my early work to my most recent book. This was the closing session of the festival so we were concerned that we wouldn’t have an audience at all. But since the event was in the main hall [in the PEN Literary Salon on the mezzanine], it was wonderful to have passers-by stopping by, initially out of idle curiosity, and then choosing to stay on until the very end.

This reconfirms my belief that literary festivals need to incorporate more readings into their agendas. Poetry, as a live spoken art, can have a tremendous direct appeal. The connect with an audience can be immediate and visceral.

SRM: Can you recall some moments that you will cherish?

AS: It’s always gratifying and humbling after poetry readings to meet people who say they are now seized by the impulse to return to poetry—something they had buried along with their adolescence. It feels good to play a small role as catalyst in putting someone back in touch with a beloved lost world. And it’s a reminder of the sheer power of a form.

SRM: This was a book fair. Was the emphasis on commerce rather than poetry?

AS: You are right. It was a book fair and not a literary festival—it was obviously not an intimate dialogue between writers. The very word “fair” suggests another dynamic. Yet was an enjoyable experience—lively and animated…

But simply walking through a maze of book stands—where every turn is a potential discovery of a new voice, an unexpected sensibility or an entire literary culture—that’s a phenomenon one can never have too much of!

The Persian poet Alireza Abiz’s poem comes to mind. Entitled “The Agent,” it opens with the line, “The agent asked me for an ID card/ None of my cards had a photo on.”

Given that there’s no escaping the tyranny of ID cards and visiting cards in the world today, I am deeply grateful for the opportunity to be an anonymous wanderer in a great wilderness of books! That for me is what a book fair really represents—and that comes close to my idea of an idyllic situation.

The full interview of Arundhathi Subramaniam by S.R. Madhu at The Hindu is here.