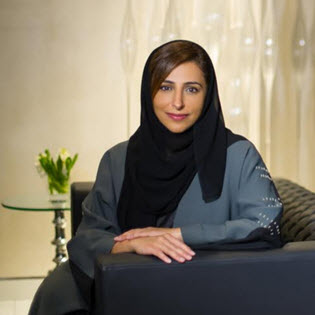 As many international observers are saying in the run up to Frankfurt Book Fair, translation appears to be rising in the world industry. We see the Harry Potter line being released in China and in South Korea for the first time in ebooks. We see Linda Liukas’ Hello Ruby for children going into 19 languages after a crowdfunded launch. AmazonCrossing this year will produce 65 titles in 16 languages from 22 countries.

Sheikha Bodour bint Sultan Al Qasimi of the United Arab Emirates’ Kalimat Group and the Emirates Publishers Association speaks on October 18 at Frankfurt’s The Markets: Global Publishing Summit as our visionary for the Arab world’s fast-growing presence in the international book industry.

And in our conversation on translation—something that Sharjah Book Authority’s Ahmed Al Ameri defines as a key issue in the run-up to his own appearance at The Markets—we’ve asked Bodour why translation is becoming so central to the globalization of the books business, and what it means to the Arabic world. Publishing Perspectives: In a way, most of us have always been closer to translated literature than we realized, haven’t we?

“I believe the growing popularity of translated international fiction is a trend that the Arab publishing sector can’t afford to miss out on.”Bodour Al Qasimi

Bodour Al Qasimi: I can’t think of anyone I know who didn’t enjoy the stories from the One Thousand and One Nights. It’s a global fable made accessible to virtually everyone on this planet thanks to translation into almost every major language. Regardless of our origins, we can all find common threads in these stories and enjoy the transcending and elevating metaphors found in them.

Translation made that book what it is today. One Thousand and One Nights could have been restricted within the confines of its own original culture, but we’d all have missed the great joy of reading and telling its stories. The same thing can be said about the works of literary icons such as Shakespeare, Gibran Khalil Gibran, Dostoevsky, Rumi, and Flaubert, to name a few.

PP: And, of course, translation isn’t new. Maybe it seems to be at times because digitization is making it so much more accessible?

Bodour: Translation has always been an active field as knowledge hubs changed places in history. Admittedly it wasn’t as active as nowadays, thanks to tech innovation and faster access to information. But technology isn’t the only reason translation is gaining more prominence. A recent commissioned study from the Booker Prize Foundation highlighted an interesting trend in publishing, in which global readers are seeking out original, distinctive writing and more diverse narratives.

That trend is visible in the sales of translated fiction in the UK, fiction that now sells better in that country than books originally written in English, in spite of the countless brilliant authors who write in the English language.

I think this is a very positive trend for us publishers and for authors, especially in light of the recent thrilling change made to the annual Man Booker International Prize, which allows the award to be given on the basis of a single book, rather than for an author’s body of work.

I also think this change alone to one of the world’s most prestigious prizes should inspire publishers, authors, and translators, because it allows new chances for titles from South Korea, Japan, China, Indonesia, and the Democratic Republic of Congo—immensely motivating to budding authors from around the world.

‘A Clarion Call for Arab Publishers’

PP: Is this kind of momentum something you see in the Arab world?

“There’s a critical need for the Arab publishing industry to agree on translation standards, so we have consistent, uniform Arabic translations when they’re sold internationally.”Bodour Al Qasimi

Bodour: It’s a new impetus for the Arab publishing industry. The evolution of our reader-consumer trends presents an opportunity for our Arab industry to increase the volume of Arabic translated publications that reach global markets. Italy and Korea can serve as aspirational examples for the Arab region: The Booker Prize Foundation study found that from 2001 to 2015, sales of translated Italian literary fiction increased from 7,000 titles to 237,000 titles, while sales of Korean translated titles surged from 88 titles to 10,191 titles.

PP: Those are enormous increases in translation sales.

Bodour: And we need to take a cue from that global surge in more diverse and original narratives. It’s a call to action. We can take advantage of this trend. I believe the growing popularity of translated international fiction is a trend that the Arab publishing sector can’t afford to miss out on.

The increasing internationalization of the publishing industry should be a clarion call for Arab publishers, authors, translators, and literary agents on the importance of securing foreign translation rights deals and investing in alternate-language versions for Arabic titles.

PP: But isn’t there a question of consumer demand to consider? Can we say that the audience still isn’t quite in place for as much translation as we want them to read?

Bodour: Despite the launch of several initiatives, grants, and awards that support translation from Arabic, we haven’t yet been successful in getting Arabic-translated works into the hands of global readers—which countries like Italy and Korea, facing similar challenges, have done by accessing global markets.

So I don’t feel it’s right to blame this trend on a lack of global reader demand.

This is a direct reflection of the challenges we face as a region in supporting the sales of Arabic-translated fiction in the global publishing market. As an industry, we need to enhance our efforts to address key supply-side challenges that prevent Arabic translated work from reaching international readers.

In Sharjah, efforts to promote translation of Arabic books in English and other languages started a few years ago, and in many initiatives.

PP: What does your experience with some of those programs tell you?

“We need to take a cue from the global surge in more diverse and original narratives. It’s a call to action. We can take advantage of this trend.”Bodour Al Qasimi

Bodour: One initiative is the Sharjah International Book Fair (SIBF) Match Making program, which started in 2010. Since it was launched, this initiative has paved the way for as many as 152 deals between various stakeholders in the publishing and translation industry and stimulated the buying and selling of rights for global audiences of titles into and out of Arabic.

The match-making sessions include introductions to Arab and international publishing professionals—one-to-one sessions along with networking between publishers and authors. The program is now open for applications for international publishing rights professionals who have a catalog of translation rights to buy or sell, with an interest in doing business in the Arab market.

Bodour: In 2011, for the 30th anniversary of the SIBF, Sharjah launched a US$300,000 Translation Grant to support translation of books to and from Arabic with a view to infusing the global cultural market with knowledge and culture from the region. Today, as many as 104 translation grant contracts have been signed and 260 books have been translated in fiction, memoir, history, cooking, children’s stories, adult’s stories, poetry and scientific books—and the numbers are rising.

These books have been translated from Arabic into a wide variety of languages including English, Turkish, Romanian, Norwegian and French, which goes to underline our primary goal behind this grant, which is to build bridges of understanding, promote cross-cultural education and respect, and create opportunities for dialogue.

PP: And there’s a new award, the Turjuman, right?

Bodour: Last year, Sharjah saw the launch of a new AED2 million award (US$482,000) for translation sponsored by the budget airline Air Arabia. The Sharjah Award for Translation (Turjuman Award) was created to promote Arabic culture and language and to motivate publishers, authors, and translators to invest in this sector. The prize will be awarded to a title translated from Arabic into any other language.

“The opportunity for Arab translated books is not merely a business opportunity, it’s also a chance to close the cultural gap, promote understanding of Arab cultural heritage.”Bodour Al Qasimi

Bodour: And I believe that Sharjah is intent on following through, to create more opportunities for translation to flourish again in this region. But more is needed. We need to develop industry-wide translation standards to ensure industry-wide quality, consistency, and export competitiveness.

Arab publishers complain that translation costs are prohibitive and translators often produce inconsistent quality that leads to additional costs. There’s a critical need for the Arab publishing industry to agree on translation standards, so we have consistent, uniform Arabic translations when they’re sold internationally.

Translation: ‘A Soft Yet Powerful Medium’

PP: Because, of course, there’s a cultural consideration here. The world is “reading” the Arab world in its books.

Bodour: Yes, the opportunity for Arab translated books is not merely a business opportunity, it’s also a chance to close the cultural gap, promote understanding of Arab cultural heritage, encourage an inter-cultural dialogue. A culture without translation, or without sufficient translation, is a culture without windows. And in the age of fast tech advancement our understanding of each other might be compromised if we don’t double our efforts to promote professional translation and to build windows of hope and respect between all cultures.

Professional translation is a soft yet powerful medium to create cultural awareness as literary works travel through translation to different worlds and cultures. We’ve all been enchanted by stories and knowledge coming from far away, thanks to translation. It’s important and it’s the right time for us, in the Arab world, to invest in multi-dimensional efforts to translate our culture accurately and communicate it clearly to the rest of the world.

But, I believe that the internationalization of the publishing industry and the breakdown of pre-conceptions that global readers hold about translated publications have created a strong momentum for our region to proactively promote translation of our books.

Doing so is taking a significant step forward toward more success and development in the Arab publishing industry.