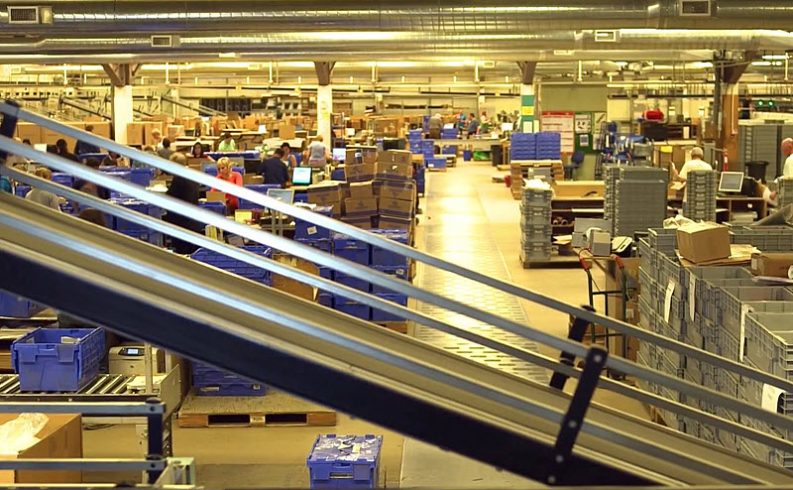 Leading a team that ‘works hard to simplify and enhance the supply chain,’ Gardners’ Bob Jackson prepares for Frankfurt Book Fair’s The Markets: ‘online and on the high street.’ In our series with specialists (analysts, visionaries, and players) who will tackle issues in the seven pivotal publishing markets of Frankfurt Book Fair’s and Publishing Perspectives’ conference, we hear now from Bob Jackson of the UK’s international wholesaler of books, ebooks, music, and film, Gardners. Jackson will speak as a player in that country’s publishing industry at The Markets: Global Publishing Summit on October 18.

‘The Best Writers and Publishing Houses’

One of the things most highly prized today in many industries’ fast-changing developments is leadership with “institutional memory,” and as such, the UK’s Bob Jackson fills the bill.

Jackson has been working in the book industry since the early 1970s, much of that tenure in board level positions that started at the publisher Hodder & Stoughton. He joined Gardners in 1991 and serves as Gardners Books’ commercial director.

The speakers coming to us from the United Kingdom for The Markets: Global Publishing Summit at Frankfurt Book Fair are looking at the world industry from one of the most challenging contexts of the conference’s seven regions, following the June 23 Brexit referendum on European Union membership.

In our free white paper on The Markets’ highlighted regions, Publishing Perspectives’ Hannah Johnson writes that the 2015 Publishers Association’s report confirms that—at least before the effects of Brexit are better understood—the UK book market has been “stable and, in fact, growing. Total book and journal sales in 2015 were up to £4.4 billion ($6.36 billion),” according to the Publishers Association’s 2015 report.

“Publishers have seen a slowdown in ebook sales (-1.6 percent) and a rise in print sales (0.4 percent) for the first time in three years. The overall increase in print sales was largely due to the 8-to-9-percent increase in sales of textbooks and reference books, while the decline in ebooks was in the fiction and children’s categories. In addition, audiobook downloads increased 29 percent in 2015.”

What, then, are the observations looking forward of someone like Jackson, who works with “thousands of multi-channel retailers around the world,” as he tells us, “to supply physical and digital product to their exacting standards”? We begin by asking for his key concerns. 1. The reach of English. “English continues to be used ever more widely around the world,” Jackson tells Publishing Perspectives, “and as a result the demand for English-language books is increasing and opening up opportunities with more retailers.

“The challenges facing UK suppliers are, first, how to identify these new retailers around the world and then, second, to ensure fast and cost-efficient supply solutions to meet their varying business requirements, so that consumers receive the best possible experience when shopping locally.”

2. Currency exchange. “While the current weak currency exchange of sterling is a major boost for UK exports, the flip side is that it means more expensive imports.

“This could potentially have an impact on publishers’ overall costs, however given the diversity and complexity of international publishing.

“This is very hard to predict and would in any event, affect some publishers more than others.”

3. Global transport. “International shipping for physical goods can be quickly affected by global demand and currency fluctuations, whereas the distribution of ebooks is achieved virtually instantly thanks to the Internet.

“And both continue to provide opportunities and challenges for international markets.”

Publishing Perspectives: Can you give us a little idea of the scope of Gardner’s services, so we can get a better feel for the international purview you’re working with here?

Bob Jackson: In its 30 years, Gardners has grown to become a leading international wholesaler of books, ebooks, music and film to retailers around the world. That’s reflected in our parent company, The Little Group, being included for 5 of the last 6 years in the Sunday Times “Top Track 250” league table—it ranks Britain’s private mid-market growth companies with the biggest sales.

PP: What’s the physical hub from which Gardners works?

BJ: We’re based out of a 350,000-square-foot facility in southern England, and our stock range has expanded rapidly over the past three decades to now represent one of the largest ranges of physical English-language media products in Europe.

We offer retailers access to more than 400,000 books and 100,000+ DVD, Blu-ray, CD, and vinyl products—in stock and ready to ship on our established same-day dispatch service to any UK address—as well as 1.5 million+ ebooks available for instant fulfilment to consumers.

PP: In your experience, what lies behind the kind of success Gardners has had in relation to the book industry?

BJ: The team at Gardners works hard to simplify and enhance the supply chain through a combination of product range, services, and staff. Our UK sales team is fully immersed in the UK book scene with regional account managers across the country visiting retailers on a daily basis; key account managers working with our larger customers; and a dedicated sales support team at our Eastbourne office.

We actively get involved in key trade events, from sponsorship of the Independent Bookseller of the Year award as well as being the key sponsor of the BA conference (BA) and attending the IPG (Independent Publishers Guild) and BA conference events through the year. Our international sales team travels the world annually, attending key exhibitions and conferences in London, Frankfurt, New York, China, and Australia, and we employ sales agents on the ground in several overseas territories. Our buying team buys more than 4,000 books every month and we deal with thousands of suppliers, meeting all of their individual requirements.

PP: It’s a lot of range, and it accounts for how you can see the potentially tricky points ahead on the international scale.

BJ: We’re working with thousands of multi-channel retailers around the world, both online and on the high street, to supply physical and digital product to their exacting standards. Either back to store or direct to consumer enables us to have a wide-reaching perspective on the trade and also the ability to look at challenges as opportunities.