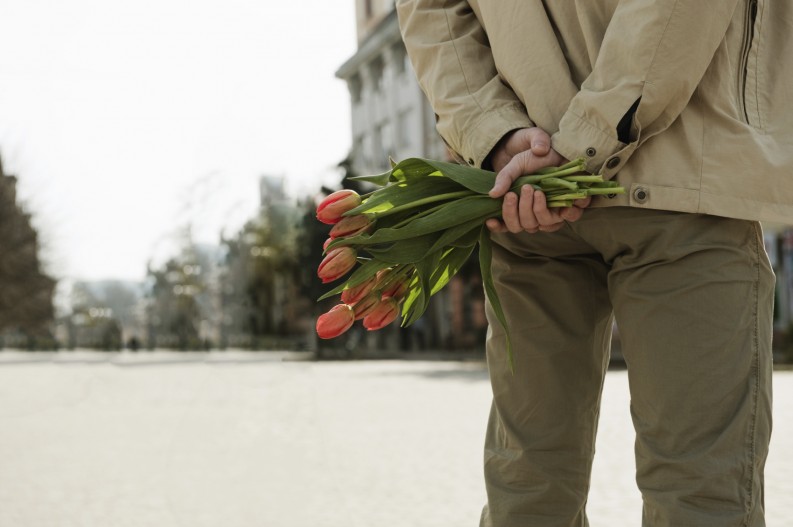 See our related story about historical romance and modern sensibilities

This year marks the diamond anniversary of Avon Books’ operation in the market. For 44 of its 75 years, it has been come-hithering Valentine’s Day enthusiasts with tales of romance.

Founded in 1941, the brand Avon Books originally featured a wide range of genres and comics. Its purchase by Hearst in 1959 led to its entry into romance in 1972 with Kathleen Woodiwiss’ The Flame and the Flower. After Newscorp’s buy of Hearst’s book publishing interests in 1999, Avon became focused on romance. And since 2010, the brand has been an imprint of HarperCollins, which also, of course, owns Harlequin.

In addition to marking Avon Books’ 75 years, Harper is also seeing Avon Impulse, a digital-first imprint, reach its fifth anniversary, focusing on what the company refers to as “future stars of the genre.”

In terms of the United States market, the Romance Writers of America’s (RWA) Romance Industry Statistics page cites the romance-book business as a whole reporting a total annual sales value in 2013 of $1.08 billion. That number comes from BookStats, and it’s important to remember that we don’t have adequate sales figures on ebooks from most of the major online realtors, most significantly Amazon. Particularly because romance tends to be the most popular genre for self-publishing writers—and because self-publishers work primarily in digital formats—it’s impossible to get a good count of how many titles actually are on the market, nor how much revenue the entire category generates. Last August, Nielsen released some of the statistics in its most recent Romance Book Buyer Report. That report summarizes data from the sources that BookStats comprises, “but mostly,” according to Nielsen, “from the Nielsen Romance Buyer Survey for the RWA that was conducted in the spring and early summer of 2014.

Here are some of the results cited by Nielsen late last summer:

Survey results show an average age of 42, down from 44 in 2013. “This makes the genre’s average age similar to the age for fiction overall,” according to Nielsen. “In addition, 44 percent of these readers are aged 18-44, which includes the coveted Millennial demographic.”

“Romance book buyers are still more likely to be female than buyers of fiction overall,” Nielsen reports, “but with more attention than ever directed to the genre—especially given all the media coverage of Fifty Shades of Grey—more men are coming into the fold. In first-quarter 2014, men accounted for 15 percent of romance books purchased, compared with 12 percent in 2013.”

Friends and family recommendations and other tips account for choices reported by some 40 percent of those surveyed by Nielsen. In addition, however, the reviews on Amazon are seen as a leading factor in choice-making, an especially strong trend among younger readers.

“Three-quarters of buyers say they chat about romance novels with friends and relatives, a habit slightly more common among those under 30,” Nielsen reports. As long as we’re talking 75 years of life for the Avon brand, historical romance is an interesting one to consider. As in many specializations—think of jazz and sports enthusiasts—fans of romance can be a demanding audience, particularly in historical romance. Many of those readers know their stuff. Authors find they can’t jump aboard this carriage ride and pump out a book unless it’s in their blood. Carrie Feron is Avon’s Vice President and Editorial Director. She says that creating the stories the readership likes takes a kind of commitment to the form. “People can’t write these books without believing in them.”

Not surprisingly, most romance writers began as romance readers. Bestselling author Sarah MacLean says she remembers when her sister, 10 years her elder, packed up to leave for college and left a number of saucy titles under her bed.

The writer Julia Quinn is called “JQ” in romance circles and, like MacLean, is a Harvard graduate. “Romance,” Quinn says, “is what I always liked to read for fun and relaxation.”

Quinn says she takes the passion of her readers very seriously. “Romance readers are very invested in their characters, which is very gratifying,” she says, “but it can also put the pressure on. I once made a mistake against my own fiction, not even a historical fact, and within three hours of being published, I was hearing about it from readers.

Quinn’s work is set in the popular Regency era, which can include a period as broad as 1795 to 1837. Quinn has had 14 consecutive New York Times bestsellers, including Mr. Cavendish, I Presume, which hit #1 on the mass paperback fiction list. “It’s gratifying to write something that people want to read,” Quinn says.

That said, it must get tiresome to be championing a type of book that elicits eye rolls and the assumption of tacky cheesiness among many. Her next book, she says, will be a prequel to her popular Bridgerton family Regency-era series. So many readers asked her what happened to the family, she says, that she wrote “second epilogues” for the characters, and those books became the first two digital-first titles published by Avon, in 2006. The ebook format, Quinn says, allowed her to play with things she normally didn’t toy with in her print books. “I wrote one in the first person,” she says, “which we don’t normally do in historical romance. And I also wrote a love scene between people who were married, versus in a courtship.”

Avon values a familial sense between its editorial staffers and their writers, Quinn says. “It’s rare to have such a long relationship with an editor,” she says, pointing to the 22-year collaboration she has maintained with her own editor. “In the time we’ve worked together we’ve each gotten married, had children. I was known as the young one in the industry, and she was just a couple of years older than me when she bought my first book, so we kind of grew up together. There’s a sense of family at Avon. They’re very cohesive. They work together, so you get the benefit of everyone. They view themselves as a team.”