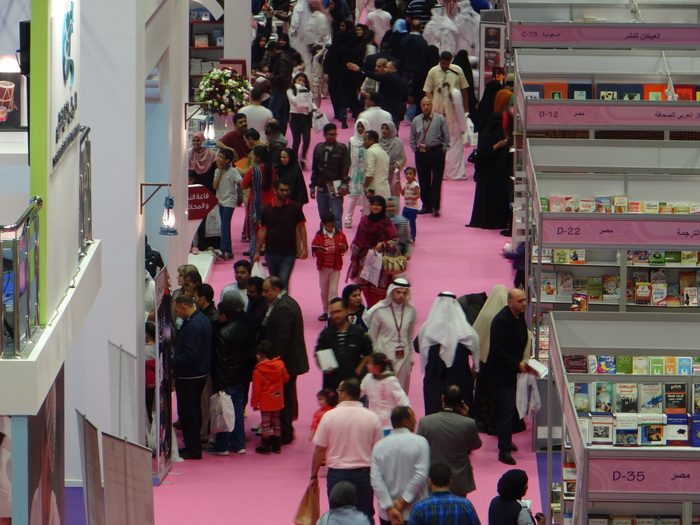 Ghassan Hamdan was born in Iraq, raised in Iran, and, as a translator, has worked to help narrow the gap between Iran and the Arab world through his translations of some of Iran’s most famous writers.

He recently sat down for an interview with Farahmand Alipour for Al-Monitor where he spoke about his work and his top priority: “introducing famous Iranian Sufis to Arab readers.”

Hamdan: I published a selection of works by Jalal Al-e-Ahmad, and this was how I started translating novels. Around the same time, I published the translation of the novel Chashm Hayash (“Her Eyes”), by Bozorg Alavi, for Syria’s Ministry of Culture. I have also translated a series of short stories by Sadeq Chubak, Sadeq Hedayat, Bozorg Alavi and even an anthology of short stories by female Iranian writers. I am currently looking for a publisher to publish these works.

Now that we are done with the introduction, readers have recently become interested in Iranian novels, mostly because they are curious about Iran. Since, for political purposes, Iran is being constantly mentioned in the news, people have become interested in Iran and Iranian literature. Each country has its own unique history, mythology and culture, which in turn make its literature unique. However, since Iranian literature is not widely available in the Arab World, sometimes what is being published as Iranian literature in Arabic magazines is in fact translated from English to Arabic, not directly from Persian to Arabic.

Al-Monitor: How do you yourself view the book market of Iran?

Hamdan: Look, this is not an easy question to answer. There are many elements involved, and we should consider all of them.

First, publishers prefer to publish foreign books, instead of Iranian books, except when the book is written by a very famous Iranian writer. Second, publishers are more interested in novels as opposed to short stories, and this has resulted in a lot of writers turning their short stories into novels so they can have them published. Third, right now, the trend is toward popular books and books that have religious, psychological and educational aspects. Fourth, there is government intervention, censorship and religious control over the publication process, which results in only popular and conservative novels — the ones that don’t talk about sex, anti-social behavior and anti-government activities — getting published in Iran. Fifth, a lot of writers were banned from writing and thus had to leave Iran and immigrate to other countries. Sixth, war literature, which is mostly biographies like the novel “Da,” has expanded in Iran and is mostly supported by the public sector. Seventh, many Iranian writers are trying to imitate Western writers. Eighth, people are less interested in books, given the fact that books are expensive, and people are anyways more interested in television and cell phones. Ninth, people are disregarding the rights of authors and translators and illegally download PDFs or audiobooks online. Tenth, because of publication problems, the process of publishing a book is very slow.

However, in spite of all these problems, the emergence of a new group of Iranian writers, and as a result a new series of novels, is a very important event that we should view positively. At the latest Tehran Book Fair, I noticed that some of these writers have become very popular.

To read the rest of this must read interview, click here.