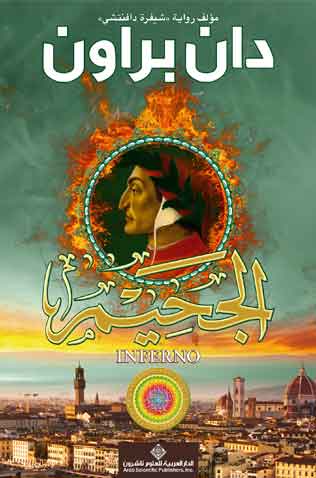 Dan Brown has sold some 200 million books worldwide and been translated into 55 languages.

Dan Brown’s talk at the Sharjah Book Fair, his first fair appearance outside the US, will be televised throughout the Arab world.

Dan Brown is to be guest of honour at this year’s Sharjah International Book Fair (SIBF), which takes place from November 5-15. It will be the first time he has visited the United Arab Emirates and the first time he has spoken at an international book fair outside the US. He will give a talk at a special event at the emirate’s Expo Centre on Thursday, November 6, and sign English language and Arabic editions of his books. His presence is a considerable coup for the book fair. SIBF Director Ahmed Al Ameri has worked closely with the UK’s Midas Public Relations to build SIBF’s status on the world stage and securing an author like Brown shows just how far the fair has come; last year the SIBF had Jeffrey Archer – another big name, but not in the same league as Brown, who has never attended BEA, or the Frankfurt or London book fairs.

Brown’s agent, Heide Lange at Greenburger Associates in New York, who will accompany her client, said Brown was “intrigued when he received the invitation, especially since he has never been to the UAE before.”

“The success of The Da Vinci Code was simply spectacular,” says Lange. “Everyone was inspired from the moment they read the first pages and each in their own role worked very hard to insure that it achieved the success it deserved. However, even the most ardent supporter didn’t dream that it would become the biggest selling adult novel of all time.”

Her author’s statistics are the stuff of legend: 200m copies sold worldwide (approximately 20 times the population of the UAE), 55 languages (his publisher in the Middle East is Arab Scientific Publishers, based in Lebanon), two top-grossing films starring Tom Hanks, a court case that made headlines across the world after the authors of Holy Blood, Holy Grail accused him of pinching their idea and a host of imitation books (and imitation covers) that form part of a mini-publishing industry to this day. It has been quite a ride.

Brown is expected to talk about codes, symbolism and the interplay between science and religion. Lange adds: “He is a captivating and humorous speaker, and I have little doubt that his audience will greatly enjoy the evening.” Heide Lange, Brown’s agent, came to represent him through a query letter.

Does she think his visit may influence a future book? “I think Dan always takes in everything he sees – and it’s been my experience that he sees beyond what most others of us see. He sees what ‘hides in plain sight,’ doesn’t he? And given that his curiosity seems boundless, we will be taking in as many cultural sights as we can and who knows where that may lead?”

Brown has been represented by Lange since 2001, after a direct approach by the author. “I was at my desk late that night, read his email as soon as it came in and answered immediately, suggesting we set up a time to talk,” she recalls. “He told me that given my background in art [the classic Drawing on the Right Side of the Brain is one of Lange’s best known titles that she has represented] and the kinds of books I handled – art, history, the sacred feminine – he hoped to interest me in his next book. I asked to read his earlier books and he suggested Angels and Demons and less than 50 pages in, I was riveted.

“Rather than reading it as fast as I could, as I would read most thrillers, I kept stopping, rereading what I had already read, marvelling at what I was learning, what was revealed. At just 50 pages, I knew it was different, it was special, and that Dan had found his continuing character. And the passion just grew as I read on.”

She adds that what is remarkable about Brown is how universally popular his books are. “They’re successful everywhere, from the largest to the very smallest territories. Dan’s books have been published in more than 55 languages and as an agency that has been business for more than 80 years we made our first sales ever in Mongolia and Latvia. And last year, his Dutch publisher released a Frisian edition of Inferno.”

Other authors or figures from the arts at this year’s fair include the BBC’s Security Correspondent Frank Gardner who was shot by gunmen in 2004 while filming a report on Al-Qaeda in Riyadh and is now partially paralyzed. He told the story of his recovery, and his continuing passion for the Arab world, in his 2006 bestseller Blood and Sand (Transworld).

From India comes novelist Amitav Ghosh, whose Sea of Poppies (John Murray) was shortlisted for the Man Booker Prize in 2008, and also the politician and writer Shashi Tharoor, author of the satirical The Great Indian Novel (Penguin). From the Arab world there is the hugely popular Egyptian film and stage actor Adel Imam, and Aham Mosteghanemi, an Algerian writer who has been called “the world’s best-known Arabophone novelist.”

Needless to say, the fair is expecting a large audience for the Brown event, which will be televised throughout the Arab world. Al Ameri said: “We are extremely pleased to welcome Dan Brown to this year’s Sharjah International Book Fair, which promises to be bigger and better than ever. Mr Brown’s books continue to enthrall readers from across the globe and we are very happy to be able to offer our visitors the opportunity to meet one of the world’s most brilliant literary minds.”