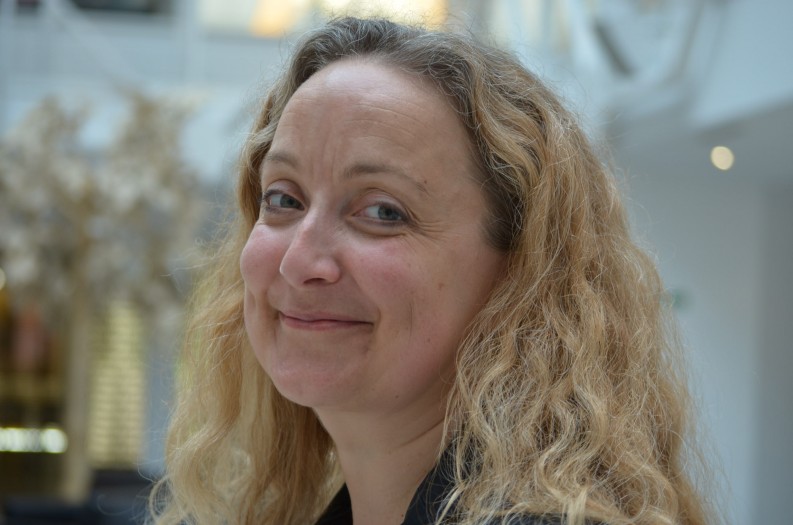 If there was a Queen of Twitter it would have to be HarperCollins UK’s Head of Events, Sam Missingham (@samatlounge). She pretty much adores – or takes an interest in – all social media, but retains a special affection for Twitter, where she now has some 13,500 followers. As such she was the perfect person to speak at the Frankfurt Book Fair Business Club’s session on social media, “Uncensored! Social Media – Marketing Heaven or Hell?” earlier this month.

“Twitter is such a level playing field and can produce such good results if you’re authentic, positive and enthusiastic,” she says.  “You can build relationships across the industry – with booksellers, authors, agents, libraries – in a way that just isn’t possible anywhere else. Twitter also allows us to open up the process of publishing – to show covers, discuss author tours, share our passion for books. This has the ability to pull people towards us in a really positive way.

“Although I know it’s not for everyone, I do think many more people in publishing should be on it. Not only is it a great way to engage with stakeholders in the industry, it is the simplest tool for keeping up with news and opinion and an eye on competitors.”

In a quest to get more people to take the plunge, Missingham has recently launched a social media task force at HarperCollins UK. “Social media should not be the sole province of the digital marketing people – it’s something everyone can get involved with. People in all areas of publishing are extremely passionate about what they do – it’s a great way to communicate that outside of the company.”

But she is slightly amused – and frustrated – by the etiquette that surrounds social media, where she feels that many publishers are still for too polite with their social media activity. She uses Great British Bake Off as an example ‘in my mind every publisher with a cook book should be finding a way to leverage the activity around the #GBBO hashtag. An incredibly easy way to promote a free recipe, new book etc to a willing and engaged audience.’ And goes on to say, ‘And this ‘moment marketing’ can be replicated around other big media and cultural events that trend on Twitter – be that health and fitness books during the Olympics, football biographies during the World Cup or political books around global uprising or elections and the like.

“Right now these opportunities are being poorly served by many publishers. Of course leveraging social media in this way relies on 24/7 activity. Tweeting 9 to 5, Monday to Friday just won’t cut it.”

HarperCollins has certainly made much of such moments with George R. R. Martin, author of the epic fantasy series A Song of Fire and Ice. It analysed the Twitter activity closely during the US broadcast of Game of Thrones which then informed how the UK team timed its own tweets during the programme, which followed 24 hours later.

Of course, social media is a commitment and to do it well, time and staff resources are needed. This might not necessarily be achievable for everyone. This is when understanding what the objectives are and what success looks like is essential. But the upside is that, by engaging with your audience, they then become your free marketing campaign because of their network, their own use of social media. Missingham talks about ‘influencers’ and ‘amplifiers’ and it’s easy to see what she means. There is much talk of crowdfunding these days; this is really crowdmarketing.

She harnessed social media to great affect with HarperCollins’ virtual romance festival earlier this year, for which she used Twitter, Facebook and Googlehang-outs. “On Twitter, we had editors from Mills&Boon and HarperCollins giving writing advice under the hashtag #scriptdoctor and on Facebook we ran author Q&As. Different elements worked better on different platforms – Facebook was great for Q&As and Twitter had other strengths (but did get a little chaotic with two much activity around the hashtag at times).

She notes that there are many other fantastic networks that reach a different audience and provide a different function. Drawing particular attention to Pinterest, Tumblr and Reddit. All of which involve time and understanding of the etiquette and their communities. But absolutely worth investing in. So, for example, she worked closely with the Reddit Fantasy community for the George R. R. Martin event, which although very much social media 1.0, provided wonderful engagement with fantasy fans.

In other words, “you have to cherry pick which sites work best and remember that you can’t do all of them all the time. I don’t think publishers are using YouTube properly yet, and to say this is a missed opportunity is an understatement – some of the vloggers get 650 million views per year. Insane numbers. Also, teens in particular have migrated away from the likes of Facebook and now focus energies on Snapchat and Kik. Goodreads is not to be dismissed either – that is full of hardcore book fans.”

Born in Bristol, Missingham grew up in a flower shop, she went on to read Maths and Russian at Bristol University. Before joining HarperCollins she ran events The Bookseller for five years, having worked on audience development, subscriptions marketing and events for the magazine groups Future Publishing and Centaur.

She likes US writers like Tom Wolfe, Cormac McCarthy, Salinger and Vonnegut, but in terms of current authors she says she leans towards crime. “Recently, I’ve enjoyed Apple Tree Yard [Louise Doughty, Faber] Gone Girl [Gillian Flynn, Phoenix] and Broken Monsters [Lauren Beukes, HarperCollins]. There are also a number of authors I love on Twitter, like Joanne Harris [@joannechocolat], Nick Harkaway [ @harkaway], Malorie Blackman [@malorieblackman], Jill Mansell [@jillmansell] and Lindsey Kelk [@lindseykelk] and many more. These people might not necessarily be the ones that I read, but they are all great at Twitter and absolutely worth following.”

Coming from the Queen herself, that is praise indeed.