The Bologna Book Plus program this year has its first in-person outing at the trade show, widening the purview for publishers. 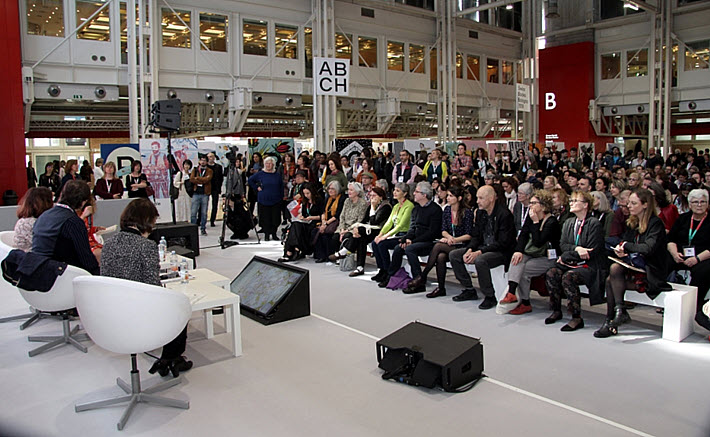 Putting a Little English on It

A week from today (March 14), when Bologna Children’s Book Fair opens its four-day run (March 21 to 24), the Bologna Book Plus program, initiated last year, will be seen for the first time in action on the ground.

In a way, this year’s iteration is a re-introduction. Here’s a program, created by a team in London for Bologna, that began its life in a digital format and was largely understood then as a day-long conference, although there were several other offerings, as well.

Established with BolognaFiere and in coordination with the Association of Italian Publishers (Associazione Italiana Editori, AIE), Bologna Book Plus is set at the world’s leading children’s book trade show, and yet is meant to widen the trade show’s purview beyond that younger-readers emphasis, with topical presentations around diversity and “inclusivity, e-lending, accessibility, bookselling, publishing’s future, training, and innovation.”

As we look at the new footprint the Book Plus program is devising at the trade show, all times here are listed in CET, Central European Time.

Note that Europe and the United Kingdom don’t shift to daylight saving time until the last Sunday of March, the 27th. So CEST, Central European Summer Time, won’t have begun during the run of Bologna’s fair. (For American readers, daylight saving time began on March 13.)

Getting a Sense for Book Plus: Think London 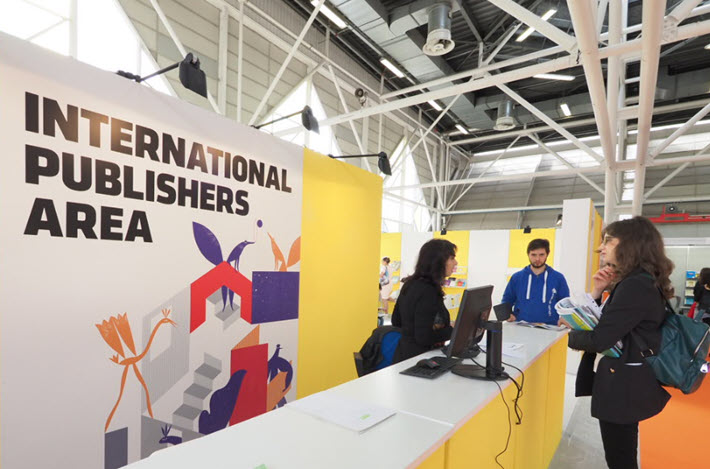 The Book Plus model, some of which became visible in the program’s digital introduction last year, involves three parts:

When coupled with the information that Bologna’s guest director of Book Plus is again this year Jacks Thomas, formerly the director of London Book Fair, Book Plus will come into much faster focus for world publishing professionals who attend the London trade show (this year April 5 to 7). 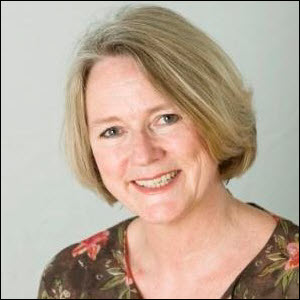 If baseball fans and billiards buddies will forgive us, we’re going to say that when it comes to Bologna’s programming, they’ve “put a little English on it.”

Thomas and O’Brien are producing for Elena Pasoli’s Bologna Book Fair a series of events with distinctive echoes of London’s, and many trade visitors—both those focused on children’s literature and those who work the broader industry—may well be glad to find this new feature at Bologna. 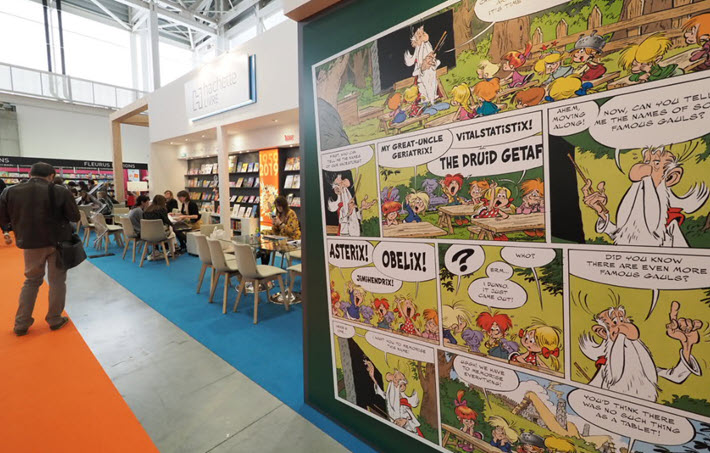 At London Book Fair, of course, the venerable “Introduction to Rights” program precedes the official start of the show each year (this year it’s on April 4). In Bologna, a rights-training conference event will precede the official opening of that show by a day.

At London, several sector-specific conference events have been set during the London week, including the Research and Scholarly Publishing Forum. At Bologna, you’ll find a few such programs on the main Book Plus page (scroll down to all the “Find Out More” boxes.) These include “Call Your Agent: How To Become a Successful Literary Agent,” “How to Self-Publish in Italy and Abroad,” and a “Translation Rights Forum”—the last of which is contained in the free seminar series.

In those cases of the multi-hour instructional events, there’s a per-event charge, ranging from €20 (US$22) for a webinar held earlier this month on poetry translation to €99 (US$109) for the in-person pre-fair rights program, “How To Sell Rights and Understand Licensing in Children’s Books” on Sunday (March 20, the day before Bologna’s official opening), running 1:30 to 5:45 p.m. CET. 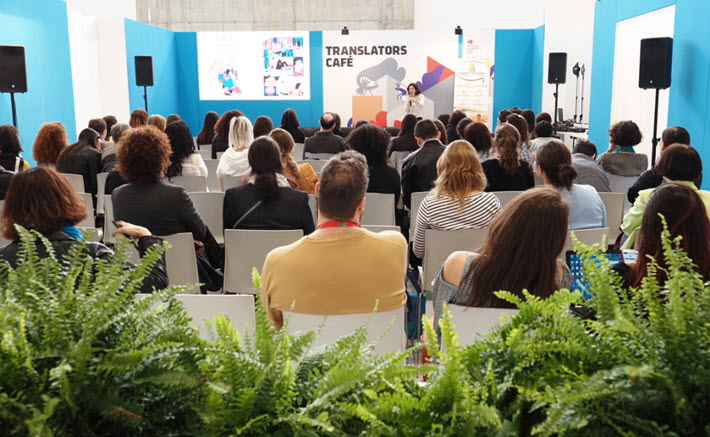 The seminar program of presentations, usually 45 minutes to an hour long, runs on three of the fair’s four days, Monday, Tuesday, and Wednesday.

London-goers may be pleased to know that O’Brien’s seminar series isn’t nearly as busy with rich, attractive events as it had become in the years of in-person London Book Fair iterations, when fairgoers could score their show on the way home by how many excellent sessions they’d had to miss for their meetings and other commitments.

At Bologna, the seminar series runs in a comfortable single track. That won’t get you out of your meetings, but it will at least mean that you’re not having to miss one good seminar because another good seminar is scheduled at exactly the same time.

The seminars are geared to “current topics, challenges, and opportunities facing the book world as we ease out of the pandemic times.” Let’s hope they’re right about that “easing out” business. Some will have noticed The New York Times‘ story from Carl Zimmer updated this morning (March 15) on what’s being called “deltamicron” or “deltacron.” Researchers see it as “a hybrid of the omicron and delta coronavirus variants,” Zimmer writes, “popping up in several countries in Europe.”

That hybrid doesn’t seem to present a unique danger as understood so far, but, as Tim Loh is reporting for Bloomberg this morning, “Europe tried to leave Covid-19 behind, but the rush to unwind restrictions is now setting the stage for a revival of pandemic risks. Accelerated by the emergence of BA.2 … the virus has spread rapidly. Germany has set fresh records for infection rates for four straight days. Austria has also reached new highs, while cases in the Netherlands have doubled since lifting curbs on February 25.”

So it is that taking BolognaFiere’s COVID-precautionary regulations seriously will be expected of everyone.

And trade visitors will find this group of seminar events available, with more detail about many of them here. 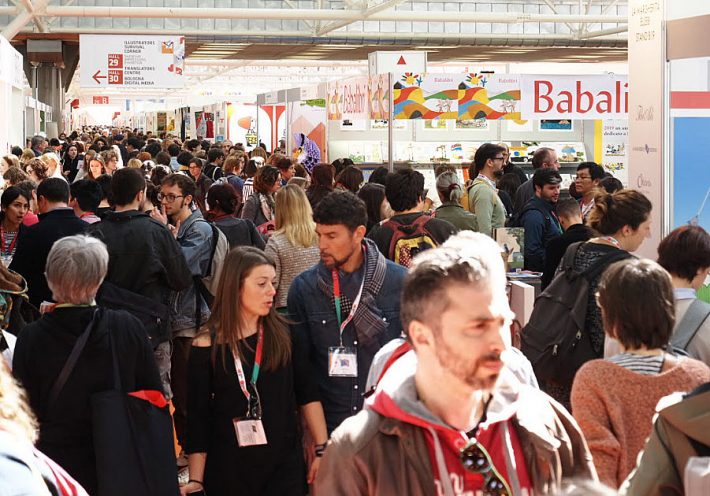 That final section of the Book Plus presence this year is a dedicated exhibition space in Hall 29, at this writing featuring 33 exhibitors from markets as far flung as Australia, Mexico, India, Ireland, Poland, Myanmar, Kenya, Morocco, Lebanon, Turkey, the States, Côte d’Ivoire, Qatar, Belgium, the United Kingdom, Algeria, Syria, and Jordan.

To look them up, go to the main Book Plus page, scroll down, and look for the “BBPlus Directory” box.

More on Bologna Children’s Book Fair is here, more from us on children’s books is here, and more on world publishing’s trade shows and book fairs is here. More on the Italian Publishers Association is here, more on Italy and its book publishing industry is here.