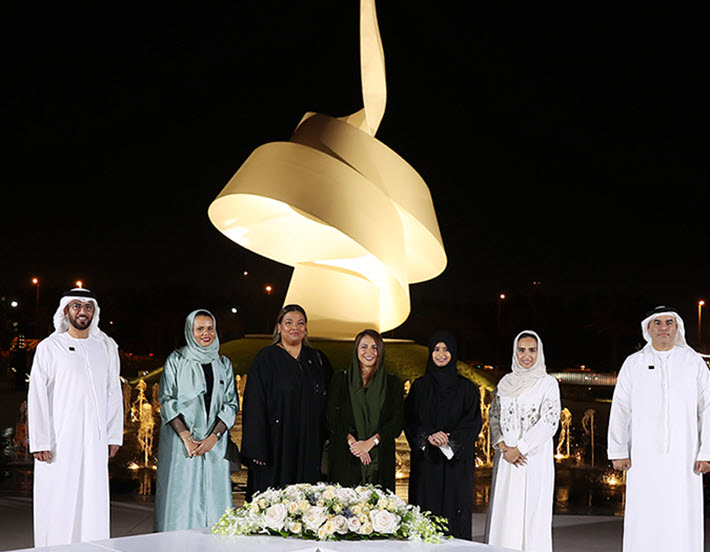 At the opening ceremony for the new Emirates Reprographic Rights Management Association, ERRA, Bodour Al Qasimi and board members. Behind them is ‘The Scroll,’ Garry Judah’s sculpture created for the opening of the House of Wisdom in Sharjah. Image: Nabs Ahmedi

First RRO in the Region

The United Arab Emirates has opened its first reprographic rights management association, this month, in a ceremony at Sharjah’s House of Wisdom—the technologically advanced library and learning-center complex opened by Sheikh Sultan in 2020 at the conclusion of Sharjah’s term as UNESCO’s World Book Capital.

In a special program on March 6, International Publishers Association (IPA) president Bodour Al Qasimi led the consecration of ERRA, the Emirates Reprographic Rights Management Association, with the nation’s ministers of economy and culture on-hand. This arrival of the region’s first such organization is seen as a major step in the effort to protect the copyrights of content creators and to safeguard the rights of authors and publishers.

The creation of such a reprographic rights organization as ERRA can be instrumental as a framework to promoting, guiding, and executing legislation and laws that protect the intellectual property of publishers, author, and other creative workers.

In her comments at the ERRA opening, Al Qasimi—the founding publisher of the Kalimat Group and patron of the Emirates Publishers Association—said, “We are proud to launch the pioneering Emirates Reprographic Rights Management Association, a first-of-its kind initiative in the region that bolsters the position and role of the UAE in stimulating and encouraging creative industries as a fundamental pillar of the modern economy. 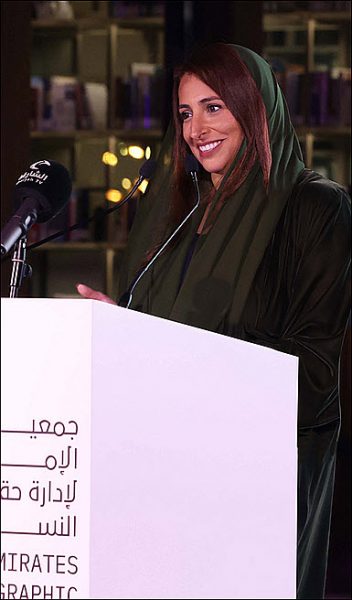 “The launch also reflects a growing dependence on intangible assets or intellectual capital, as exemplified by the rapid expansion of the cultural and creative industries in the UAE’s digital economy.”

Abdulla Bin Touq Al Marri, the UAE’s economic minister, said, “We thank Bodour Al Qasimi for establishing and launching this association, and for her ongoing efforts and pioneering initiatives that foster the development of knowledge, culture, and a creative environment in Sharjah and the UAE.

“Under the forward-looking vision of wise leadership, the UAE has focused on building a knowledge-based economy and is developing its legislative ecosystem to create the best society and economy, as well as become the best destination for trade, businesses, investments, talents, and creative people.”

And in her comments, Noura Al Kaabi, the UAE’s minister of culture and youth,  called the advent of the Emirates Reprographic Rights Management Association another significant achievement for the creative community in the UAE.

“Sharjah has always highlighted the power of books as the key driving force behind its cultural accomplishments,” Al Kaabi said, “and in nurturing young creative generations capable of representing their country globally.

“When we see Bodour Al Qasimi lead the ERRA, it makes us optimistic about the future of the publishing industry in the UAE. Her inspiring legacy is felt not only at the local level, but also at the international level where, as president of IPA, she has spearheaded an array of tangible achievements in the publishing sector and the book industry in many countries around the world.”

A video carried messages to the event from the World Intellectual Property Organization (WIPO) and the International Federation of Reproduction Rights Organizations (IFRRO), congratulating the UAE on the creation of its first reprographic rights organization. 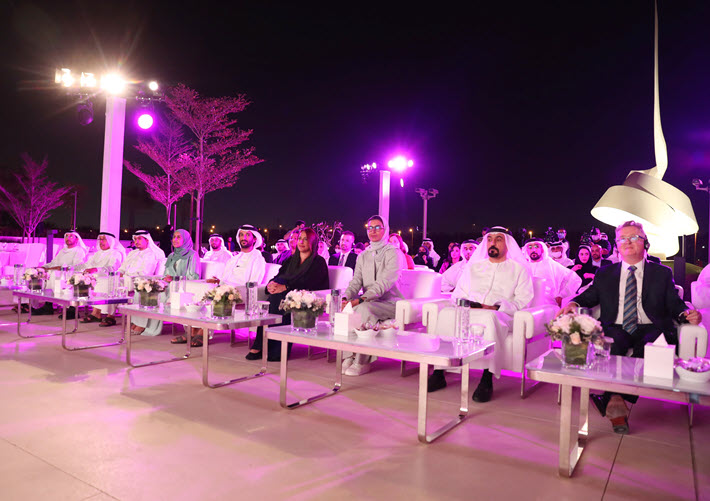 Reprographic or reproduction rights organizations may be among the least familiar parts of the world copyright community for laypeople. Even in publishing circles, there are many who aren’t well-versed in what these agencies are and do. Those in educational publishing are likelier to be aware of them because educational settings can be in many cases the ones in which reproduction of content is most common.

Reprography—facsimile reproduction, such as photocopying—is among the most common forms of reproduction that’s at issue for publishers and authors. In addition to RROs, another type of agency, CCMOs, or collective copyright management organizations, may also be in play when it comes to collecting the copyright fees that must be paid to publishers and/or authors when their copyrighted content is copied.

Reprographic rights organizations—called RROs in the acronym-laden intellectual property industry—are mandated to collectively manage copyright protection of content either through voluntary private agreements (in which a publisher might arrange such services) or as a result of a legal licensing system created by local law.

The new Emirates Reprographic Rights Association’s approach is expected to monitor the re-use of print and digital works in schools, universities, copy and print centers as well as at public libraries, in collaboration with relevant government entities including the ministries of economy and education, the UAE’s National Media Council (NMC), statistic centers across the country.

Al Qasimi recognized members of the UAE’s leadership who have been instrumental in creating the new association in addition to Al Kaaba and Al Marri:

More from Publishing Perspectives on copyright is here, more on reprographic rights organizations is here, and more on the United Arab Emirates is here.