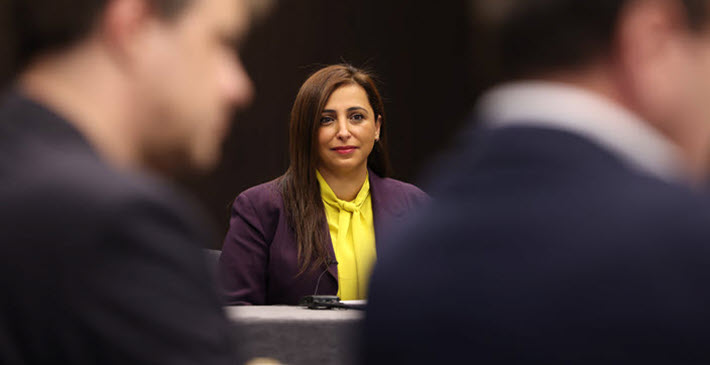 Two trips, to Slovenia and Egypt, have opened the IPA president’s publishing-market travels this year. 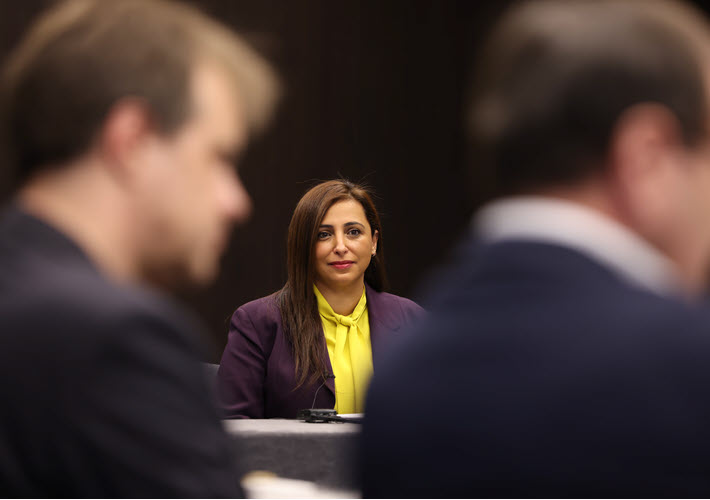 Resuming the fast pace of travel to international meetings that has become a trademark of Bodour Al Qasimi‘s presidency of the International Publishers Association (IPA), she has made Ljubljana and Cairo her first ports of call in 2022.

Slovenia is on track to be Frankfurter Buchmesse‘s guest of  honor nation in 2023 (between Spain this year and Italy in 2024). Al Qasimi met in Ljubljana with members of the Association of Slovenian Publishers and the National Book Agency on her first trip of the new year, which took place in late January.

In a separate trip to Cairo on January 31, she spoke with both the Arab Publishers Association and the Egyptian Publishers Association, attending the 53rd iteration of the Cairo International Book Fair and addressing a conference event titled Translating from Arabic: A Bridge Between Civilizations, Our Books Enlighten the World. 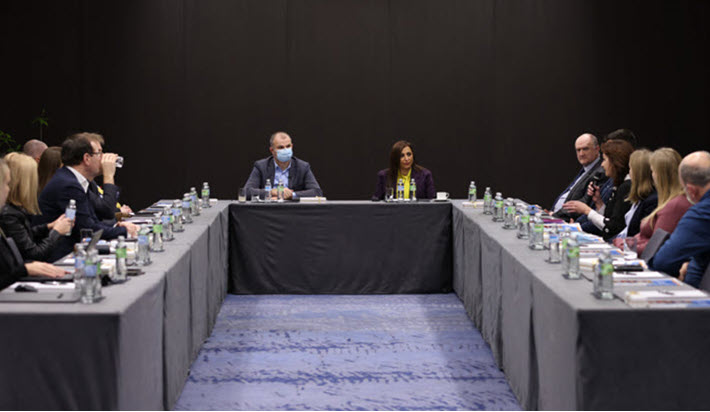 IPA president Bodour Al Qasimi listens to members of the Association of Slovenian Publishers and National Book Agency in Ljubljana, in a discussion of market conditions and the pandemic’s impact. Image: IPA, Nabs Ahmedi

Setting a theme for coming meetings in many markets, Al Qasimi said in Ljubljana that in this, her second and final year of her presidency, she’s interested in working to identify expectations and needs of publishers in regard to the International Publishers Association and its services. Following Al Qasimi’s meetings last year in book markets of Africa, Europe, and the Middle East, the creation of the International Sustainable Publishing and Industry Resilience Plan (called the Inspire charter), has been endorsed by stakeholders including the Brussels-based Federation of European Publishers as a framework for assessing and addressing pressing issues in publishing.

Al Qasimi commended Slovenian publishing industry leaders in her talks for a strong performance under the challenges of the coronavirus COVID-19 pandemic, stressing that solutions can be found to logistical issues related to the supply-chain challenges experienced in many markets. A key message Al Qasimi has delivered both last year and in travel this year is the importance of working together in the industry, publishers establishing a clearer collaborative idea of their businesses’ vulnerabilities and researching opportunities that may be in the offing.

The IPA Academy, a digital training resource, is expected to help publishers and their workforces expand their skills in response to developments and knowledge gaps, she said, and the association’s ongoing work on copyright protection and the freedom to publish will figure prominently in IPA’s 33rd International Publishers Conference being held November 11 to 13 in Jakarta. 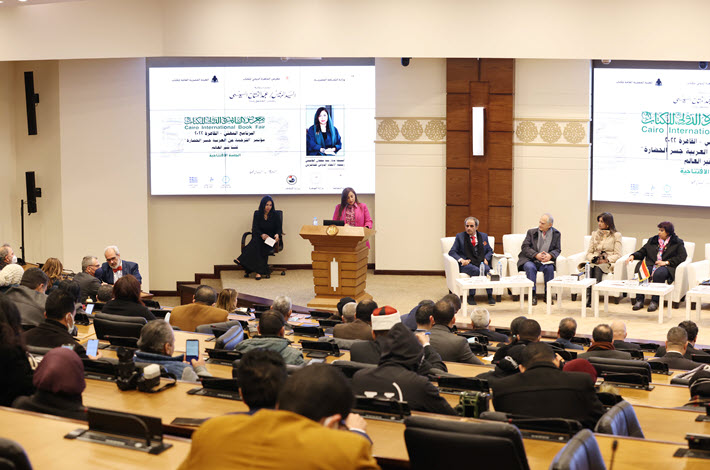 As Publishing Perspectives readers know, the Arab Publishers Association’s president Mohamed Rashad reported to us in the spring of 2021 that as much as 34 percent of the region’s publishing community may have found it impossible to sustain amid the impact of the dramatic pandemic. Many in the Arab world’s book industry were without the digital infrastructure needed to maintain retail operations when physical points of sale were closed.

Rashad said that a June 2020 survey had shown that in the earliest months of the pandemic, 75 percent of the association’s membership saw reductions in sales.

Al Qasimi, in talking with members of both the Arab Publishers’ and Egyptian Publishers’ associations on her trip, emphasized the way these new programs of the IPA—including a digital panel discussion coming up later this month—can help publishers and their national and regional associations begin to develop the needed skills, proactive stance, and planning regimens to be better able to handle crises going forward.

While at the Cairo International Book Fair, she talked with publishers on the exhibition floor, making a special visit to the pavilion from Greece, which was Cairo’s guest of honor market at this year’s edition of the show.

In her speech on translating Arabic to other languages, Al Qasimi credited translators with contributing to “a cultural renaissance” a new context of modernism in the Arab world. The essential work of translation, of course, is what brings the knowledge and observational acumen of Arab thinkers and literary artists to the table of international conversation, and she emphasized how important translation is in reflecting an enhanced role for Arab and Islamic civilizations “in humanity’s transition to a new stage of knowledge development.”

She also emphasized the need to restore translation and translators to their prestigious position in the world of culture, literature, and science, to reclaim the prominent role of the profession both in the development of sciences and knowledge, and as a means to diversify new revenue sources.

Al Qasimi stressed that publishers must adopt initiatives to inspire a new generation of translators and help establish a robust infrastructure for the Arabic translation sector to enhance and promote the region’s culture and heritage.

It’s anticipated that translation and support for translators may be a recurring topic of Al Qasimi’s focus in 2022. 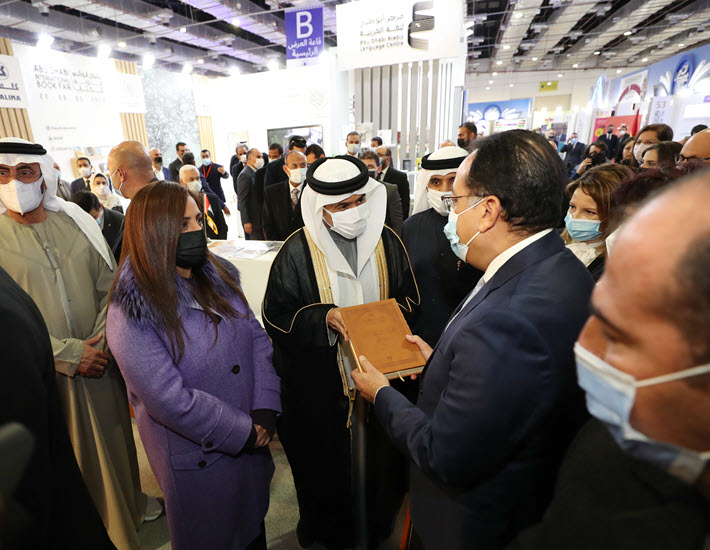 At the 53rd Cairo International Book Fair, IPA’s Bodour Al Qasimi speaks with exhibitors near the Abu Dhabi Arabic Language Centre’s stand. The importance of translators’ work in bringing the Arabic world’s work to the wider international marketplace was a theme of her visit to Egypt. Image: IPA, Nabs Ahmedi