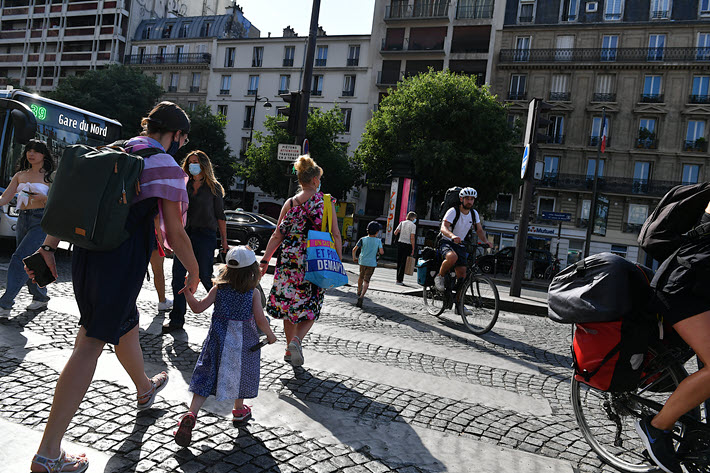 French and Italian publishers are engaging in a three-day bilateral translation rights event, each the other’s second-largest rights export market.

Opening today (June 21), a three-day bilateral rights program for the French and Italian markets has been organized by the Italian Trade Agency, called “ICE” in Italy, with a goal of “keeping alive a fundamental exchange for the two countries.”

In 2020, France was the second market for Italian exports, buying 917 titles. Only Spanish-language sales were higher, at 1,301 titles, than sales into French last year from Italy.

And in Italy, 2,100 titles were published in translation from French. That, too, is a “second biggest” number, the only larger language for Italian books being English, into which 8,100 Italian titles were translated last year.

What’s occurring in the bilateral exchange this week, is a meeting of 36 French companies and 30 Italian ones, with presentations of key titles and catalogs, and meetings through the trade agency’s Smart365 platform.

What’s more, the New Italian Books national-market translation rights promotion project is being offered in a French edition to encourage French rights buyers to familiarize themselves with the Italian market’s changing offer.

The program, led by the Association of Italian Publishers (Associazione Italiana Editori, AIE), is part of the Aldus Up effort, which is financed by the European Commission’s Creative Europe program, with cooperation from France’s Syndicat national de l’édition (SNE) and BIEF, the Bureau International de L’Édition Français led by Nicolas Roche in late May to stage its own French Week program.

A Second Bilateral is Ahead with Korea 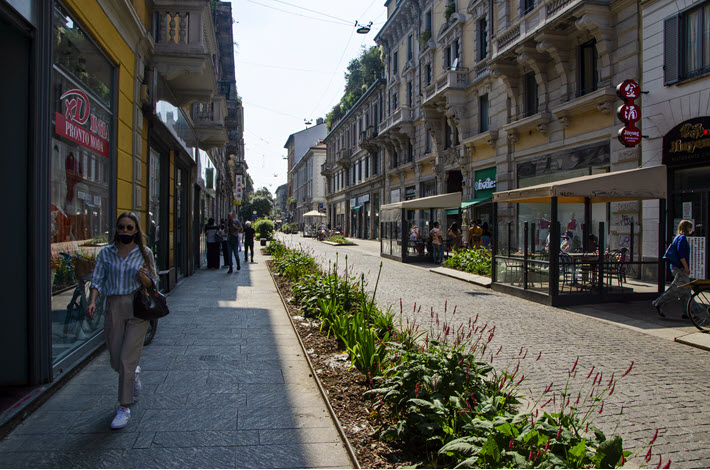 On the Via Paolo Sarpi in Milan, June 10. Image – Getty iStockphoto: Naeblys

“One of the most negative effects of the coronavirus COVID-19 pandemic on the publishing market,” says AIE president Ricardo Franco Levi, “was the shutdown of international trade fairs, including Livre Paris, where publishers are accustomed to buying and selling rights.

“As an association we’re working to experiment and promote alternative meeting formats and thus push internationalization. We’ve organized networking activities between Italian publishers and their counterparts in Australia and Spain and, thanks to the support of ICE, at the beginning of July there will be a second bilateral, that time with Korea.

“Furthermore,” Levi says, “in light of progress in the fight against the pandemic, we’re confident that Livre Paris 2022 will be confirmed with Italy as guest of honor, a perspective to which we reaffirm our commitment.”

Roberto Luongo, who heads up the Italian Trade Agency, has opened the sessions today, with commentary from AIE’s Levi and Fabio Del Giudice; BIEF’s Roche; Diego Marani, director of the Italian Cultural Institute in Paris; and SNE president Vincent Montagne.