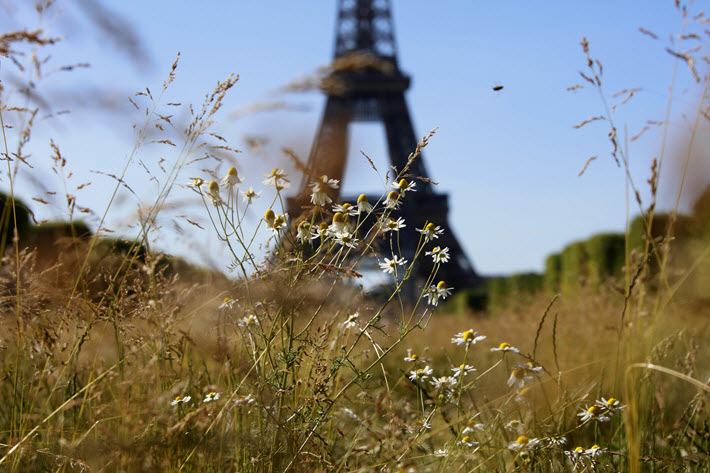 A series of virtual rights meetings and presentations featuring some 75 French publishers, BIEF’s French Week is set for May 17 to 28.

A shot made in Paris on May 28, 2020, during one of several easings of early COVID-19 spread-mitigation measures in France. Image:

The latest of the digital publishing rights events to be announced for this challenging season is French Week, running May 17 to 28. And of particular interest, on May 17 to 21, there will be a daily video on French book market trends for international publishers—who are urged to participate without charge. Registration is here.

The program in French and English is being produced by BIEF, the Bureau International de L’Édition Français—the international outreach organization for France’s publishers that’s quite familiar to our Publishing Perspectives readers for its large, busy, comfortable stands at many of the world’s trade shows and book fairs, always a hub of rights trading and networking.

At the heart of the French Week program will be one-on-one meetings arranged through “a very easy-to-use scheduling tool.” The goal with these meetings “is in particular that the French can interact with publishers they haven’t seen regularly for a year, and can also discover new houses.” Meetings will be available from May 17 to 28, and the category-themed video presentations will be aired on May 17 to 21.

Each meeting is to last 25 minutes, and there’s to be a five-minute break between meetings.

And those video features, being shot in bookstores with booksellers and publishers speaking to participants in French Week, will offer information on editorial trends, special features of the market, and more, with English subtitles for international participants.

French publishers will be highlighting titles in digital catalogues, and those catalogues will be shared in advance with international publishers.

Nicolas Roche, BIEF’s managing director, tells us on World Book Day today (April 23) that “with the closure of bookstores and economic uncertainties, many publishers have postponed the publication of translated titles. 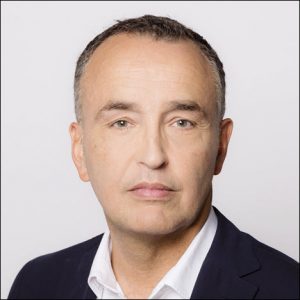 “And they’ve bought fewer rights. This is not only because of the cancellation of the fairs, even though this has obviously had a very negative impact. What was this impact? It’s actually quite difficult to say,” he says. “It’s very heterogeneous.

“Some companies have experienced very significant decreases in the transfer of rights, up to 50 percent, while others–and in particular publishing companies with a very large catalogue of titles–have sometimes suffered less. If 2020 is not the ‘annus horribilis’ that we might have feared, it will not remain in our memories.

“Nevertheless, French remains by far the second most translated language in the world.”

And as the discussion goes on in the trade about how effective digital rights and networking events have been, Roche has an interesting point about how frequently such events emphasize publishers’ and rights directors’ usual colleagues. One of the big factors many rights professionals say they miss in physical trade show settings is the ability to meet new colleagues and discover unexpected business on a show floor or in a trading center.

“French rights managers, like their colleagues around the world,” Roche says, “are spending their time on Zoom or Teams. But mostly with their regular partners. Because we have all experienced it, it’s more difficult to use these digital tools to widen prospects or discuss potential business with publishers that we see very irregularly.

“Some French companies have experienced very significant decreases in the transfer of rights, up to 50 percent, while others have sometimes suffered less.”Nicolas Roche, BIEF

“One of the challenges of French Week is to give publishers from all over the world the opportunity to meet many French publishers–at least 75. We’ve sent information to foreign publishers. And the French Institute, especially via its book attachés around the world with whom we work closely all year long, has been a key partner in helping us spread the word.”

Not surprisingly, Roche emphasizes the fact that international publishers and rights professionals are invited to participate free of charge.

“They’ll not only have access to a meeting platform,” he says, “but they’ll also be able to discover our short subtitled videos giving them the latest information on publishing trends on the French market, sector by sector, with the precise analyses of publishers and booksellers. And finally, our digital catalogs will be made available before the event and give them the opportunity to discover selections of titles particularly interesting for translations.

“This is a first experience of this kind for BIEF,” Roche says, “but I think we’ve already won the bet to make French Week an event offering an easy-to-use online meeting solution and really interesting content for international publishers.”

The Emphasis Days of French Week

Here’s a breakdown of the focal points you can expect on the five days on which specified sectors will be given analytical emphasis with subtitled videos:

At this writing, some 75  houses in France have signed onto French Week, ready to set up meetings with international publishing professionals.

More from Publishing Perspectives on the French market is here, more on BIEF is here, and more on publishing rights is here.