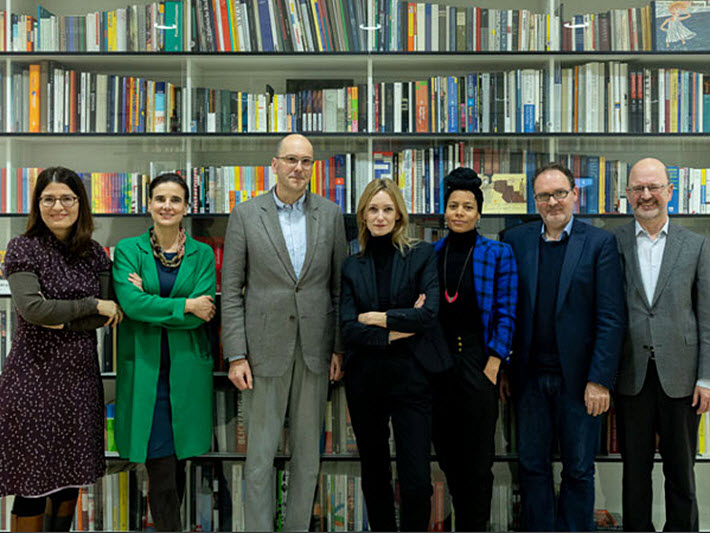 The newly created German Nonfiction Prize has entries not only from German publishers but also from houses in Switzerland and Austria.

Eight Finalist Titles Are Due April 21

As Publishing Perspectives readers will recall, the Börsenverein des Deutschen Buchhandels—Germany’s publishers and booksellers association—announced in May that it would create an annual award for “outstanding, socially relevant German-language nonfiction.”

Today (January 14), the German Nonfiction Prize has announced that the inaugural edition of the new award has drawn a total 240 submissions from 152 publishers. Of those houses submitting, 124 are in Germany, 13 are in Austria, and 15 are Swiss publishers in the German language.

It’s at the Humboldt Forum—Berlin’s museum project with its seat in the reconstructed Berlin Palace on Museum Island—that the awards ceremony and announcement of the winning book is to be held on June 16.

Politics and the Rising Place of Nonfiction

While the German Book Prize, also administered by the Börsenverein, has long stood as the preeminent award for German-language literature, it’s a program that honors novels. The prize is awarded each year in October shortly before the Frankfurter Buchmesse (October 16 to 20).

The new nonfiction prize is yet another reflection of the rising position of current affairs titles in many world publishing markets, a dynamic often propelled by the challenges of complex and robust political forces at play. As we reported yesterday, France’s bookselling report for 2019 appears to indicate a similar trend in that country, while the energy behind the nonfiction sector has been evident in the American marketplace for years. 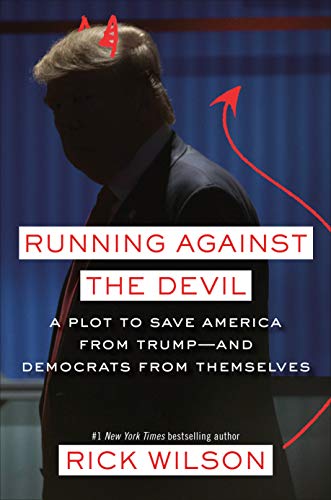 Today in the States, for example, a potentially seminal release is that of Running Against the Devil: A Plot To Save America From Trump–and Democrats From Themselves by the outspoken Republican Strategist Rick Wilson.

The book’s publication from Penguin Random House’s Crown Forum dovetails with the launch of the Lincoln Project, an effort led by conservative players on the political landscape—including Wilson and George T. Conwell III—and dedicated “to defeating President Trump and Trumpism at the ballot box and to elect those patriots who will hold the line.”

Needless to say, the nonfiction energy in many markets isn’t always based in political energy. In France, for example, the “human sciences”—work in the humanities and in sociology, history, and anthropology—is demonstrating a strong attraction in sales.

But there, too, the key title from this sector that is among the Top 10 bookstore sellers of 2019 is Mona Chollet’s Witches: The Undefeated Power of Women, a work produced by Éditions Zones. That publisher specializes in “counter-culture, activism, and new forms of protest and critical theories,” obviously with considerable success.

The German Nonfiction Prize jury is to select the winning title through a two-stage process that basically dispenses with a longlist.

First, the jurors will compile an eight-book list of nominations to be announced on April 21. Those books effectively are the program’s finalists.

From that list, the panel will choose the nonfiction book of the year.

As is the current fashion in many book awards programs now—perhaps in an effort to raise visibility through coverage on the airwaves and to draw the attention of television and radio consumers—the awards ceremony is to be hosted by broadcasters. The announcement at the Humboldt Forum is to be moderated by Katja Gasser (ORF) and René Aguigah (Deutschlandfunk Kultur).

The Stiftung Buchkultur und Leseförderung des Börsenvereins des Deutschen Buchhandels (Foundation for Book Culture and the Promotion of Reading of the German Publishers and Booksellers Association) will award this prize.

It’s worth a total of €42,500 (US$49,842) to an outstanding nonfiction book written in German that inspires social debate.

To follow the progress of the new nonfiction prize, see hashtag #DSP20 in various social media.