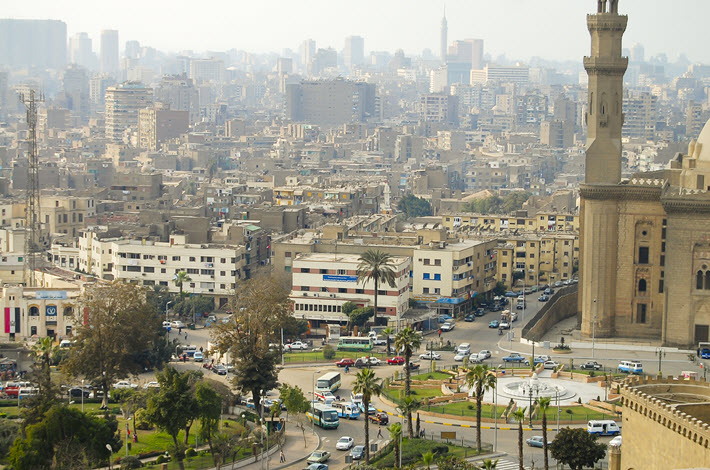 His defense having exhausted its military appeals court options, the jailed publisher Khaled Lotfy now can be freed only by Egypt’s el-Sisi.

IPA’s Einarsson: ‘His Only Chance of Freedom’

In Geneva, the International Publishers Association today (January 14) is calling for a presidential pardon for Khaled Lotfy to free the Cairo-based publisher from prison.

Lotfy’s last available appeal was rejected on December 24 by Egypt’s military court of cassation (the highest court of appeal), and only a pardon from Egypt’s president, Abdel Fattah el-Sisi, can see him released.

The Prix Voltaire is the humanitarian award of the association (IPA), awarded annually for “exemplary courage in upholding the freedom to publish and enabling others to exercise their freedom of expression.”

The founder of the Cairo-based Tanmia bookshop and publishing house, Khaled Lotfy reportedly was sentenced last spring to five years in prison on charges of spreading rumors and divulging military secrets. Allegations in the case involve an Arabic translation of The Angel: The Egyptian Spy Who Saved Israel by Uri Bar-Joseph, a book published in 2016 in the United States by HarperCollins in a translation by David Hazony. 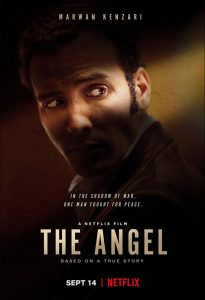 The Netflix film, The Angel (2018) in director Ariel Vromen’s production and written by David Arata, is based on the Bar-Joseph book in question and stars Marwan Kenzari as Ashraf Marwan.

On the news from Cairo’s courts about Lotfy, the chair of the IPA’s Freedom To Publish committee, Kristenn Einarsson of Norway, issued a statement, saying: “It is incomprehensible that Khaled Lotfy can be imprisoned, not only for publishing a book but for publishing a new version of a book that was already available.

“His only chance of freedom is a presidential pardon, and we implore president Abdel Fattah el-Sisi to release Khaled so that he can be reunited with his family.”

As Publishing Perspectives readers will recall, Lotfy received the IPA’s Prix Voltaire in May. The edition of The Angel he published was a less expensive Arabic-language translation, which originally had been produced in Arabic by a Lebanon-based publisher, Arab Scientific. That first edition was available in Egypt, but only as a relatively expensive import.

Some 2,000 unsold printed copies of the Egyptian edition were destroyed by Lotfy ahead of the military trial.

Lotfy: ‘I Want To Get Out of Here’

In a formal Prix Voltaire ceremony in June during the Seoul International Book Fair, Khaled Lotfy’s brother Mahmoud read a statement from Khaled in prison. In that statement, Khaled Lotfy said, in part, “I thank God, who made me choose the most humane profession in history—a profession that enables me to help share and spread culture, while at the same time both creating and, above all, raising awareness.

“And let me at this point borrow Voltaire’s words: Let us read, and let us dance; these two amusements will never do any harm to the world.”

Mahmoud Lotfy also read a message on behalf of his jailed brother during the IPA’s Frankfurter Buchmesse meetings in October, saying at the time, “For nearly two years, the lives of my family, of all the people around me, and of everyone who loves me have stopped for no reason.”

Referring to Lotfy’s Tanmia Bookshop in Cairo, Mahmoud Lotfy said, “I want to see Tanmia and my young girls grow up together at the same time. I want to get out of here.”

When Hugo Setzer, IPA president, gave his opening address at September’s first IPA Middle East regional conference in Amman, he noted that “This year’s Prix Voltaire Laureate, Khaled Lotfy, imprisoned in Egypt for publishing a book, [has] called publishing the noblest profession.” Setzer used the point to honor the patient eloquence of Lotfy’s messaging from prison. 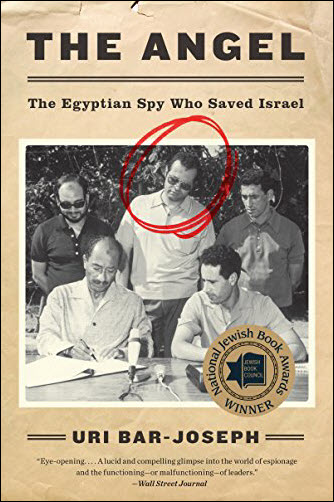 The Angel: The Egyptian Spy Who Saved Israel was named in 2017 the best intelligence book by the American Association of Former Intelligence Officers. Harper’s descriptive promotional copy calls it “A gripping feat of reportage that exposes—for the first time in English—the sensational life and mysterious death of Ashraf Marwan, an Egyptian senior official who spied for Israel, offering new insight into the turbulent modern history of the Middle East.

“As the son-in-law of Egyptian president Gamal Abdel Nasser and a close advisor to his successor, Anwar Sadat, Ashraf Marwan had access to the deepest secrets of the country’s government. But Marwan himself had a secret: He was a spy for the Mossad, Israel’s intelligence service.

“Under the codename The Angel, Marwan turned Egypt into an open book for the Israeli intelligence services—and, by alerting the Mossad in advance of the joint Egyptian-Syrian attack on Yom Kippur, saved Israel from a devastating defeat.”

The book is also a winner of the National Jewish Book Awards.

On Friday (January 10), the IPA closed its nomination period for the 2020 Prix Voltaire, and to be award this year’s honor on May 28 at a dinner in Lillehammer with the Norwegian Festival of Literature as part of IPA’s 33rd International Publishers Congress.