The newly announced German Nonfiction Prize is designed to serve as ‘a platform for books and authors whose topics affect people today and inspire them to think and debate.’ 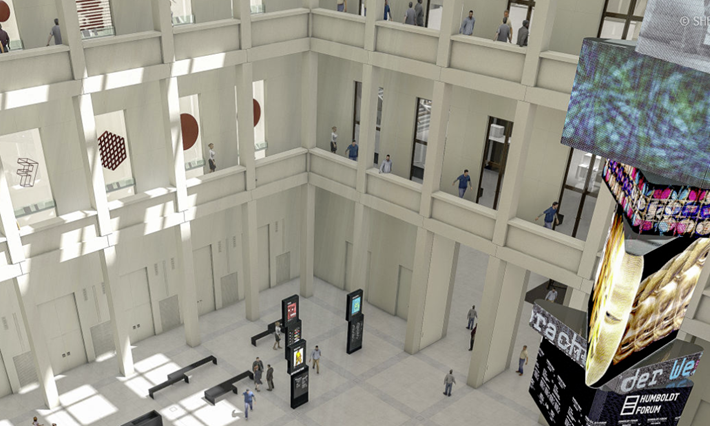 With a first award ceremony to take place on June 16, 2020, at Berlin’s Humboldt Forum, the Börsenverein des Deutschen Buchhandels—Germany’s publishers and booksellers association—has announced today (May 21) that it will begin making an annual award for “outstanding, socially relevant German-language nonfiction.”

The award is being mounted by the Börsenverein’s Foundation for Book Culture and the Promotion of Reading (Stiftung Buchkultur und Leseförderung) and is to be sponsored by the Deutsche Bank Foundation.

The advent of the new prize program parallels what seems to be a rising interest in nonfiction for publishers in many parts of the world, frequently powered by the era’s troubling political forces as readers search for social analysis.

While the German Book Prize, also administered by the Börsenverein, has long stood as the preeminent award for German-language literature—its current cycle has had 173 titles entered—it’s a program that honors novels. The prize is awarded this year on October 14, shortly before the Frankfurter Buchmesse (October 16 to 20).

The new program for nonfiction, carrying a total purse of €42,500 (US$47,394), is to place its emphasis on current affairs. In a prepared statement, the organizers’ media messaging reads, “With the German Nonfiction Prize, the Börsenverein des Deutschen Buchhandels aims to promote awareness of nonfiction as a basis for transmitting knowledge, developing informed opinions and encouraging public discourse.”

In addition to funding from the Deutsche Bank Foundation, support is to come from technology and data provider MVB and the Stiftung Humboldt Forum.

The jury structure of the new nonfiction prize will involve a seven-member jury, which is to select the winner through a multiple-stage selection process.

“We need nonfiction now more than ever: It provides accurate information and helps us understand complex connections–attributes that are of utmost importance for our society today.”Heinrich Riethmüller, Börsenverein

The jury is to comprise experts from the fields of nonfiction criticism, journalism, science, the cultural sector, and the book trade. It’s expected to be refreshed with an entirely new slate of jurors annually. The first jurors of the German Non-Fiction Prize 2020 will be announced in November 2019.

Members of the jury are to be selected by the Akademie Deutscher Sachbuchpreis. An 11-member committee will be convened by the board of the Börsenverein, whose members include representatives of the book business, the media, and other cultural industries and science, as well as sponsors and supporters of the prize. The chairman of the Akademie Deutscher Sachbuchpreis is the president of the Börsenverein, Heinrich Riethmüller.

We have listed dates below for the submissions period in this first year of operation.

Publishers from Germany, Austria, and Switzerland may submit up to two German-language nonfiction books from their current or planned lists for consideration for the prize. The jury may request additional titles.

The nonfiction book of the year will be selected through a two-stage process. First, the jury will compile a list of nominations comprising eight titles, which will be announced around World Book Day in April 2020.

From that selection, the members of the jury then will choose the nonfiction book of the year.

The program has provided a series of prepared comments with the announcement of the new award.

Commentary on the New Award

Börsenverein president Riethmüller is quoted, saying, “We need nonfiction now more than ever: It provides accurate information and helps us understand complex connections–attributes that are of utmost importance for our society today.

“With the German Nonfiction Prize, we are creating a platform for books and authors whose topics affect people today and inspire them to think and debate. We are delighted to have found strong partners to join us in our commitment to these important goals.”

From the funding lead, the Deutsche Bank Foundation, chair Jürgen Fitschen is quoted, saying, “Expanding horizons and inspiring debate–these are two key attributes of nonfiction. As a result, the German Nonfiction Prize contributes significantly to a wide-ranging social discourse that we, the Deutsche Bank Stiftung, are extremely proud to support financially.”

“However, we in our modern society have not only a right to gather a wide range of information, we have a duty to do so. How else can we expect to make informed decisions, considering the complexity of the world? We need literary fiction to develop our hearts and nonfiction for our minds.”

And from the managing director of programming for the Humboldt Forum Foundation, Lavinia Frey, we read, “A forum thrives on open discourse, a wide range of different stories and perspectives. For the Humboldt Forum, contributions from authors on current and socially relevant topics that cut across disciplines and fields are an essential source of inspiration.

“That’s why it’s so important to us to cooperate with the Börsenverein des Deutschen Buchhandels on the new German Nonfiction Prize.”

For those who need further information, there’s a useful fact sheet about the new prize here. And you can follow developments in the new program through the hashtag #DSP20.