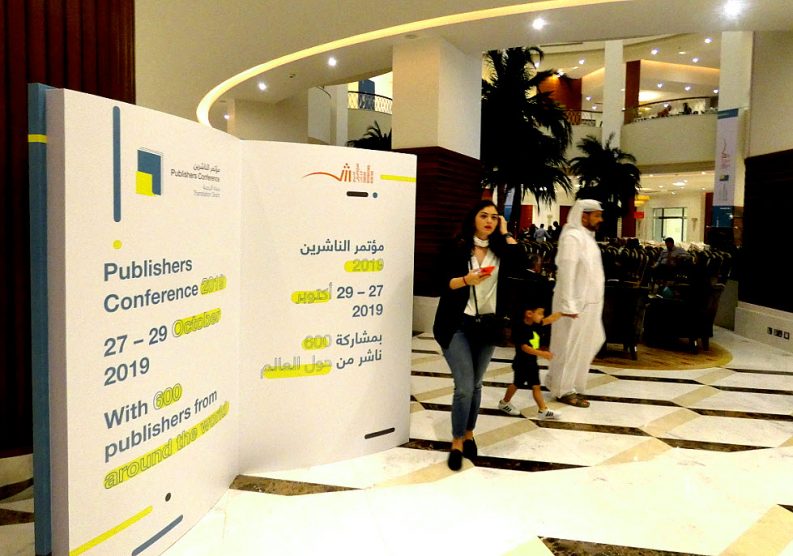 On its second day, Sharjah’s expanded Publishers Conference hears from its creative core, from the digital vanguard, and from some who know the freedom to publish is critical. 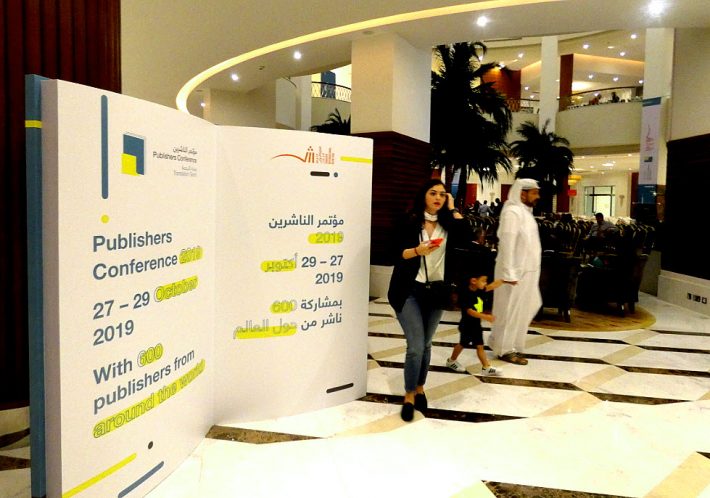 In the lobby of the Sharjah Chamber of Commerce, the venue for the Sharjah International Book Fair’s 2019 Publishers Conference on its opening day, October 27. Image: Porter Anderson

The Essential, the Digital, and the Dogmatic

If Sunday’s opening day of the 2019 Sharjah International Book Fair Publishers Conference focused on globalization and its potentials and challenges, Monday’s sessions bring into focus many of the far-reaching potentials for publishing of the digital dynamic—and also some of the daunting decisions and realities it carries.

The opening sequence on Monday is anchored in the most fundamental element of the world publishing industry, the author.

And from that, we turn to the impact that digital has on publishing, not just in its opportunities but also in its demands.

Digital’s Many Choices, and Demands 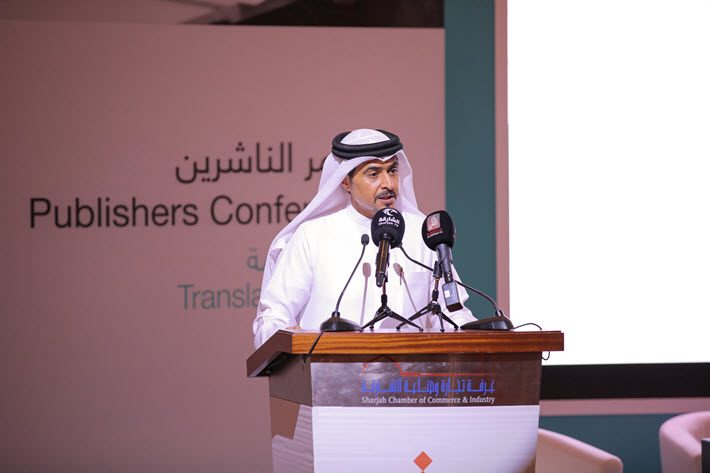 Moderated by Publishing Perspectives, the 9:45 a.m. panel looks at several publishers’ digital strategies at a time of “New Was of Storytelling.”

In our preparations for this session, we’ve checked in with Ama Dadson, the founding CEO of Ghana-based AkooBooks Audio. Ahead of the June International Publishers Association (IPA) “Africa Rising” seminar in Nairobi, Dadson told us, “Last year, I did a consumer survey among the 10,000 students on campus at the University of Ghana.

“Among the 200-odd respondents, 57 percent had never downloaded or listened to an audiobook. Out of the 43 percent who had, only 10 percent listed the audiobooks they’d read as by African writers.”

While some markets of the world see double-digit growth in audiobook sales year over year—and think of audio as a “born again” format that has found new life in the digital gifts of downloads and streaming (over the old cassettes and CDs)—Dadson is the vanguard in Accra and her region, turning up the volume on the availability, let alone the salability, of audiobooks.

And when India’s Chiki Sarkar—formerly with Penguin Random House India—spoke at London Book Fair shortly after the 2015 founding Juggernaut Books, she sent a bracing breeze of honesty through the audience for the “Digital Minds” conference, now called “Quantum,” sitting on the edge of her seat and telling her fellow publishers, “My job is not to think about what works internationally, but to be the top of the world in India.

“We have more people under 30 than any other country in the world. I’m young, I’m impatient, I’m hungry.

“I want to make great books,” she said, “but I want to sell the hell out of them.”

And when we asked what she might tell us this morning, after establishing herself as a successful digital and mobile publisher and bookseller with a distribution partnership with HarperCollins India, she told us: “You shouldn’t play in digital if you aren’t willing to shift on pricing and be ambitious about platform.”

Speaking of HarperCollins India, its CEO, Ananth Padmanabhan, also joins us, and what he has to say about the rapidly evolving bond between publishers and film and television development may surprise you.

Are you aware of HarperCollins’ “unprecedented partnership” with Sony Pictures Entertainment? If not, here’s the story. Padmanabhan is coming with news of how his own unit in India is moving aggressively along the “books to film” or “word to screen” axis, in a world in which digital means the same device that delivers to you your hundreds of ebooks also can show you thousands of films and television programs.

To hear Padmanabhan tell it, he and his colleagues aren’t just “looking at” doing some deals to develop work for the “streamers” such as Netflix and the world of cinemas, virtual and physical. They’re actively embracing it.

“We are constantly thinking about the new digital medium … and are both selling into, and potentially making stories, for digital consumption.”

And, from the world of Arabic literature and its contemporary development, Mohamed Shawkey Mohamed Ghanem of Bookjuice Publishing joins us to talk about his observations in the Egyptian market.

Freedom to Publish: The Challenges of Truth 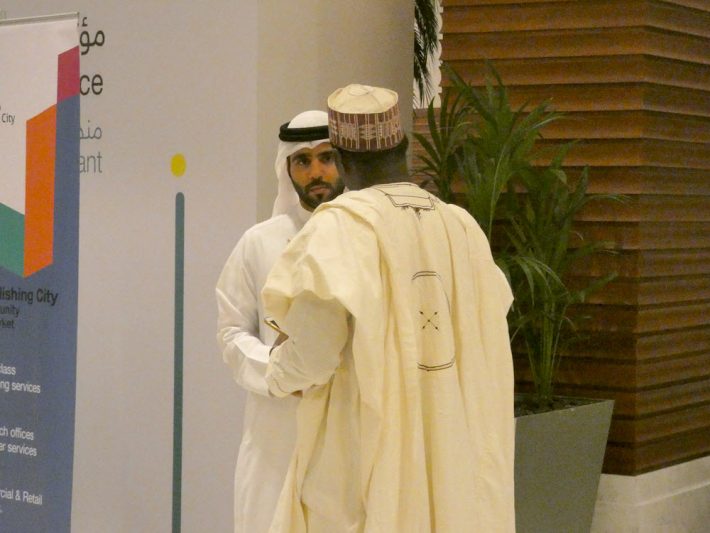 And in a networking dinner set on the second night at Sharjah Publishing City—the free trade zone created by the emirate for publishing-related businesses—Ingram Content Group’s David Taylor will be the featured speaker. As we’ve reported, Ingram’s Lightning Source is becoming the anchor tenant at Sharjah Publishing City, a major get for the facility in terms of clients and the region’s supply chain. 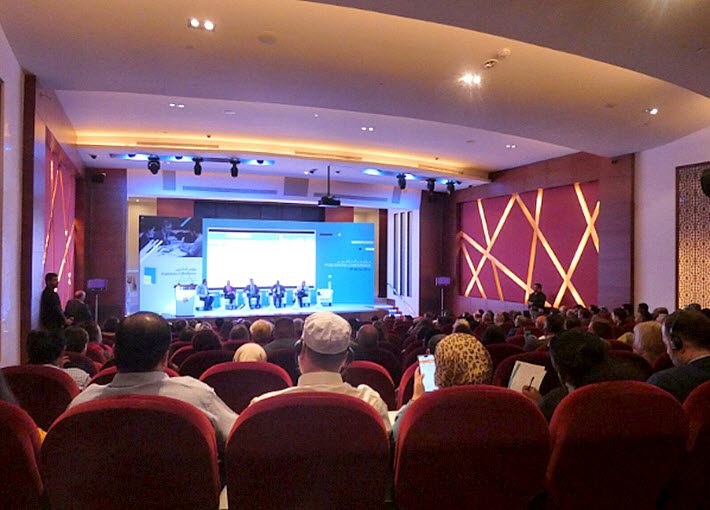 More from Publishing Perspectives more on developments in Sharjah is here, more from us on authors is here, more on digital publishing is here, and more on the International Publishers Association is here.