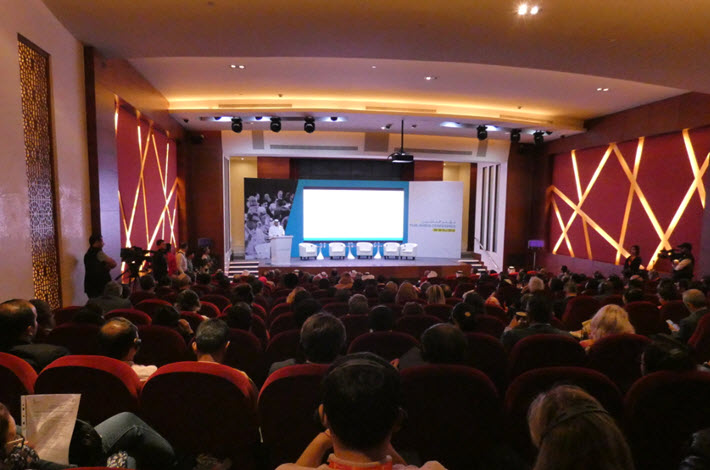 The 2019 edition of Sharjah International Book Fair’s Publishers Conference is being expanded to three days and broadening the scope of its discussions. 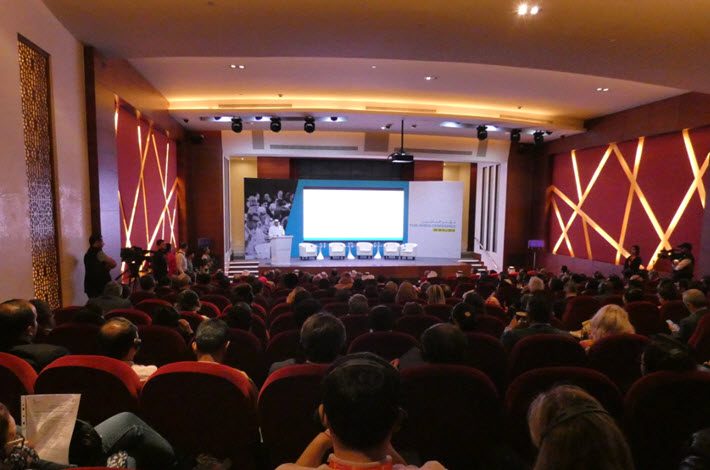 Only days after Frankfurter Buchmesse closed, many world publishing figures who were in Germany are heading back to the airports to travel to the United Arab Emirates for an expanded professional program opening the 38th Sharjah International Book Fair (October 30 to November 9).

In an interview with Publishing Perspectives at Frankfurt, Ahmed Al Ameri and Faisal Al Naboudah, the chair and sales director, respectively, of the Sharjah Book Authority, said that as their team left Sharjah for Frankfurt, registration in the program had reached a record 566 publishers and rights specialists from 81 countries. By the time the program opens on Sunday, that number is expected to surpass 600 registrants.

The programming’s thematic purview has been widened, as well, as Al Naboudah points out, bringing some of the African markets’ issues into better focus, adding a close look at challenges in the freedom to publish, and taking in the sweep of digital developments, plus specific guidance on working with Arab world publishers.

This year’s Publishers Conference, as the program is called, is being expanded for the first time from two days to three, and will culminate with the grand opening of the fair on October 30 by Sheikh Dr. Sultan Bin Mohammed Al Qasimi, the author-ruler of the UAE’s third emirate whose cultivation of a reading culture has contributed to Sharjah’s position as this year’s UNESCO World Book Capital.

And many, of course, know Sharjah for the work of the Sheikha Bodour Al Qasimi, the founding publisher of Sharjah’s Kalimat Group and of the Emirates Publishers Association who is now serving as vice-president of the International Publishers Association (IPA). Bodour is the leading driver behind the new regional conferences the IPA has staged in Lagos, Nairobi, and Amman, and she has launched the networking PublisHer program for women in international publishing, as well.

Bodour will give the closing speech at the Publishers Conference plenary on Tuesday (October 29).

Drawing more than 2.38 million visitors from 77 countries last year, the 10-day Sharjah International Book Fair (SIBF) is reportedly the third largest in the world. It’s a public-facing fair–which is why industry attendance is concentrated on the professional program. Organizers say the show in 2018 featured 1,874 exhibitors presenting as many as 1.6 million book titles.

The fair this year will have a particularly strong roster of international and Arabic authors in place for its intellectual programming, and we’ll have a separate story on the plans for that, noting for now that on the afternoon of October 30, the plans are to have both Turkey’s Orhan Pamuk—winner of the 2006 Nobel Prize in Literature—and Bollywood star Amitabh Bachchan on stage.

Today, our focus is on plans for the Publishers Conference, set again this year at the capacious Sharjah Chamber of Commerce, and the program opens with a crisp emphasis on the internationalism that has been a hallmark of the Al Qasimi royal family’s literature-based leadership in the Arab world.

The general shape of each day of the conference is a morning of targeted panels on various issues in the international book trade, followed by an afternoon of rights trading and meetings, with networking events in the evenings. 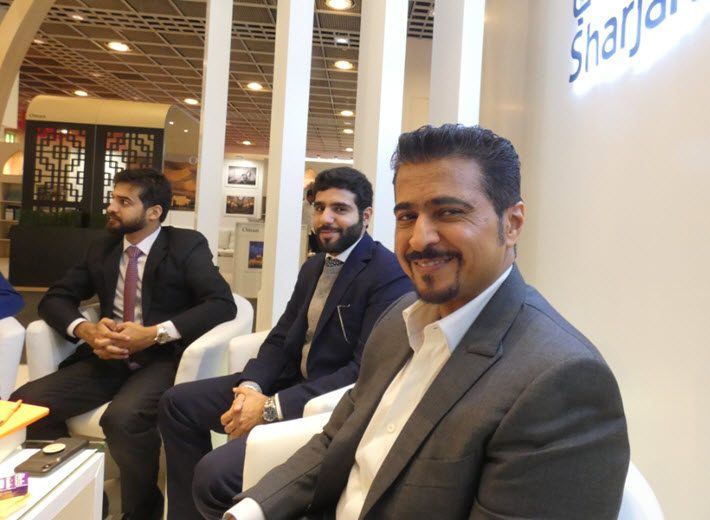 On Sunday (October 27), the Publishers Conference will be opened by Al Ameri, who will then hand off to a panel chaired by Emad Eldeen Elakehal, the founder of the UK’s Ibiidi Publishing, on “Global Publishing: What’s Next for This Growing Industry?” Panelists in the discussion include:

“Taking Arabic Titles Global: How To Do Business With Arab Publishers” is among the most practical and important sessions of each year’s professional program at Sharjah, as many of us who attend annually can tell you. The focus here is on buying and selling Arabic titles and tips on how to apply for the SIBF Translation Grant, a US$300,000 fund exclusively available to Publishers Conference participants. 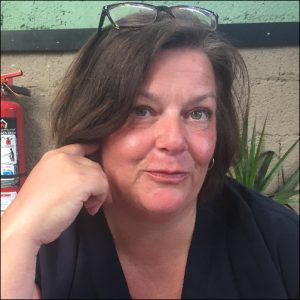 This year’s panel on the topic is chaired by Julie Attrill, manager of international rights with Wiley (UK), and includes:

Monday (October 28), the second of the conference’s three days, opens with an emphasis on storytelling and free expression. 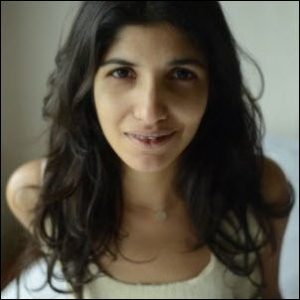 “Arab Authors in Conversation” will be chaired by Badia Atiah Hasan and will feature:

In “Publishers’ Digital Strategy: New Ways of Storytelling,” Publishing Perspectives will chair a discussion of the key developments in audiobooks, ebooks, subscriptions, and the pervasive mobile factor that digital introduces to publishing’s sales and distribution options. Of particular interest is the question of keeping consumers engaged in a world deluged with entertainment options. Participating in our talk:

And a centerpiece event of the conference arrives with a discussion on “Freedom to Publish: Mighty Oaks From Little Acorns,” chaired by London Book Fair director Jacks Thomas and including one of the first appearances by Daniel Gorman in his new role at the helm of English PEN. Panelists:

In a networking dinner set on the second night at Sharjah Publishing City–the free trade zone created by the emirate for publishing-related businesses–Ingram Content Group’s David Taylor will be the featured speaker. As we’ve reported, Ingram’s Lightning Source is becoming the anchor tenant at Sharjah Publishing City, a major get for the facility in terms of clients and the region’s supply chain.

IPA president Hugo Setzer (more from us is here) will speak first, followed by Dubai Cares’ CEO Tariq Al Gurg, who then will  hand off to Samuel Kolawole, chair of the African Publishers Network.

In “Connecting African Publishing Ecosystems,” the focus is on intra-African cooperation among the continent’s many markets, a need that has surfaced in the IPA’s conferences in the region. Nigerian Publishers Association president Gbadega Adedapo—see more from Publishing Perspectives. His panelists are:

And “Transforming African Libraries” is the theme of the final panel, chaired by Brian Wafawarowa, director of  Leaf Publishing and Research Services, and chair of the IPA’s Inclusive Publishing and Literacy committee (South Africa)—see more from Publishing Perspectives. His panelists are:

As mentioned, Bodour Al Qasimi will close the third and final day’s conference sessions with an address, prior to the afternoon’s trading and networking sessions. 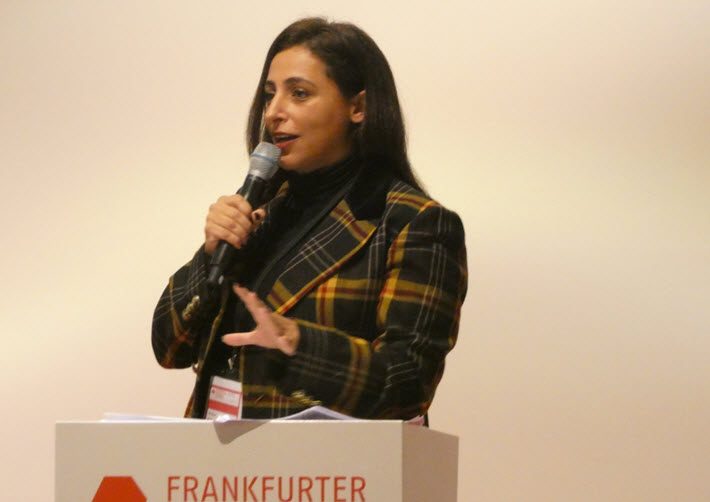