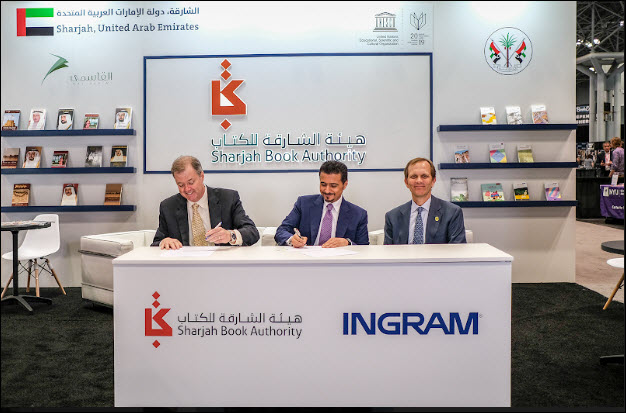 A Publishing Perspectives exclusive: In a move that’s likely to catapult the promise of Sharjah Publishing City into higher gear, Ingram Lightning Source and the Sharjah Book Authority have announced today (May 31) that they have signed an agreement for Ingram to open a print-on-demand (POD) facility at the world’s first free trade zone for publishing.

Sharjah opened its 19,000-square-meter Publishing City in late October 2017 with Sharjah’s author-ruler, the Sheikh Sultan bin Mohammed Al Qasimi. Today, the facility is in rapid expansion, leasing furnished and unfurnished office space, retail and restaurant locations, and climate-controlled storage facilities. The facility’s chief, Mohamed Noor Hersi, has reported an especially gratifying response from the Arab world’s publishing companies, which are positioning themselves at Publishing City to do business with international companies moving in. 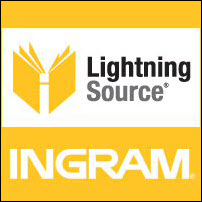 In media messaging, the two companies say Ingram and Sharjah have agreed to preliminary terms and are now working out final plans.

Al Ameri has spent years with his team, carefully curating the clients and tenants of Sharjah Publishing City to make it a gateway for international publishing to the Arab world and African markets.

“The Sharjah Book Authority wanted to partner with a print-on-demand company for Publishing City that was globally recognized,” he  is quoted saying in a prepared statement “and has all the international connectivity to drive greater advances in publishing in the region and beyond.

“During a long relationship with John Ingram, our two countries have seen great opportunities to enhance the economics of local and international publishing.

“I am delighted that we are working together to build a better publishing infrastructure and to enable a wide and cost-effective print facility.”

Al Ameri and Morin signed the agreement, with John Ingram on hand, beaming. 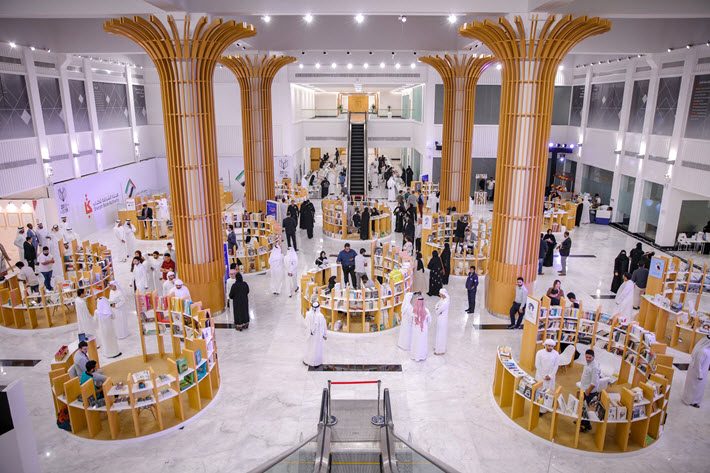 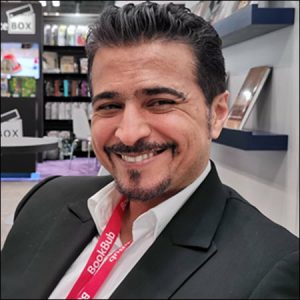 The structure is built on a 40,000-square-meter campus so that additional buildings can be added, as needed, for incoming services.

A tastefully designed, intimate theater space is included, with seating for some 80 people and fine acoustics, while services provided to leasing companies include an on-site immigration office to handle employees’ visa needs, as part of a customer-care center to assist with family relocation issues and other resources, all handled in a concierge format. There’s also a wing of storage spaces that publishers can use to house books and other materials without having to engage warehouse space elsewhere when needed. That area provides publishers and organizations quick access to their inventories and has a loading dock attached, as well, for ready transport.

“The addition of a Lighting Source location in Sharjah expands our global network of print-on-demand plants and will help publishers from all over the world reach their readers more quickly and efficiently.”Shawn Morin, Ingram Lightning Source

The long-running Sharjah International Book Fair–which, Al Ameri tells Publishing Perspectives, drew more than 150 registrations for its October 27 to 29 professional program when the program was announced Thursday (May 27)–has become so influential that it, with Publishing City, is helping to leverage Sharjah’s appearances in guest-of-honor formats in many parts of the world.

Al Ameri and Hersi have announced that such appearances this year will include Moscow International Book Fair as the show’s “Special City,” September 4 to 8. Earlier this month, Sharjah as at the Torino International Book Fair. And the emirate is at the 78th edition of the Feria del Libro Madrid, which opened May 31 and runs through June 16.

As we’ve reported, Sharjah will be the London Book Fair’s Market Focus in 2020, has another such presence coming in 2020 at the Bologna Children’s Book Fair, and is soon to announce yet a third major appearance for 2020 in another venue.

With that, Publishing City, the annual Sharjah Children’s Reading Festival, the designation this year of Sharjah as UNESCO’s World Book Capital, its literary awards including the US$350,000 Turjuman Award for Books in Translation, and Kalimat Group publisher Sheikha Bodour bint Al Qasimi‘s position as vice-president of the International Publishers Association (IPA) and a key driver of its upcoming  “Africa Rising” seminar in Nairobi (as well as founding president of the 10-year-old Emirates Publishers Association, the UAE’s third-largest emirate is moving on many fronts to establish itself as the Arab world’s leading publishing market.

As journalists will tell you when asked why the emirate Sharjah is in book business news so frequently, it’s because Sharjah is doing what many other markets can only imagine, thanks to the express direction of its royal family: developing its place in the world as a reading, publishing, and knowledge-based culture with international initiatives as a primary component of its programming. In short, it’s in the news because it makes news.

And this comes as no surprise to the executives at Ingram. When Sharjah Publishing City opened in 2017, John Ingram provided a welcoming comment for the occasion, saying, “I have been going to the Sharjah Book Fair and the area for years and always expressed my confidence in the Sharjah Book Authority and the royal family to deliver on their commitment to the Publishing City program.

“The opportunity to distribute content close to these regional markets is key, since speed is always a consideration when shipping from the US or UK.” 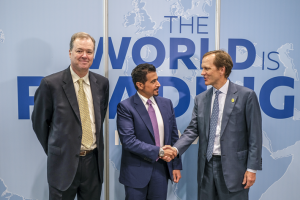 Morin, speaking then about Ingram Lightning Source’s interest, said, “We are seriously considering the establishment of a Lightning Source print facility in Sharjah Publisher City. This is an opportunity to reach the Middle East, African and Asian marketplace.

“Along with our reliable partners in Sharjah, we share the support of a global exchange and the desire to help content reach readers around the world.”

Reportedly, offset publishing could soon be part of the Publishing City complex, as well, as talks reportedly are continuing with India’s Repro company.

And speaking this week for the Ingram team, is quoted, saying, “We’re pleased to have reached a terms agreement with the Sharjah Book Authority to open a print on demand facility in Sharjah.

“The addition of a Lighting Source location in Sharjah expands our global network of print-on-demand plants and will help publishers from all over the world reach their readers more quickly and efficiently in this important, and growing, market.”

Lightning Source recently signed the international academic publishing house De Gruyter to a contract to print from existing facilities in both the United States and Australia for its more-than 26,000 titles. Lightning Source’s vice-president for content acquisitions is Kelly Gallagher. 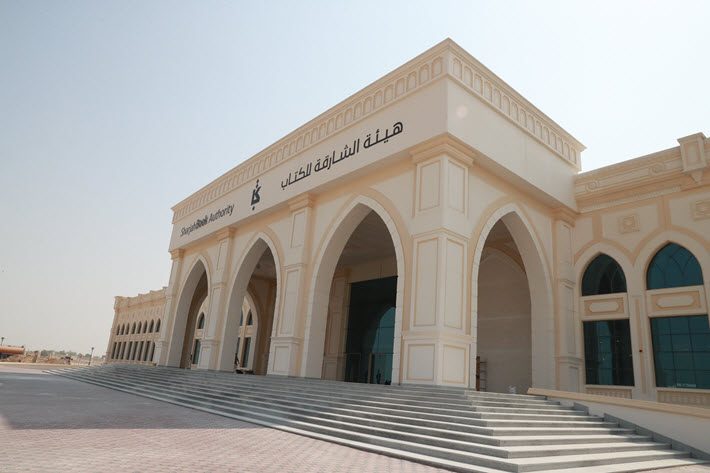