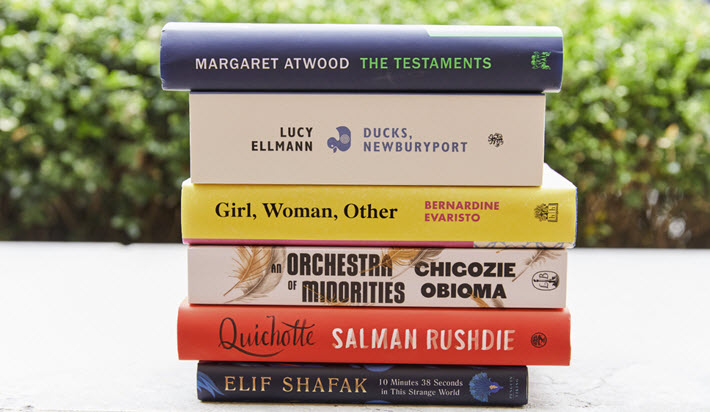 A set of six novels the Booker’s Gaby Wood calls ‘political, orchestral, fearless, felt’ is announced in London, the 2019 Booker winner to be named October 14.

‘The Extraordinary Ambition for Each of These Books’

In a news conference at the British Library in London this morning (September 3), Peter Florence—Hay Festival chief and this year’s Booker jury chair—has announced the 2019 shortlist for the Booker Prize for Fiction.

Named at the event today in the British capital are:

As Publishing Perspectives readers will recall, the longlist was announced in July.

The shortlist features four female authors—Atwood, Ellmann, Evaristo and Shafak—and two men, Rushdie and Obiama. Nigeria’s Obiama has been shortlisted for a second time, and An Orchestra of Minorities is his second novel.

‘These Books Teem With Life’ 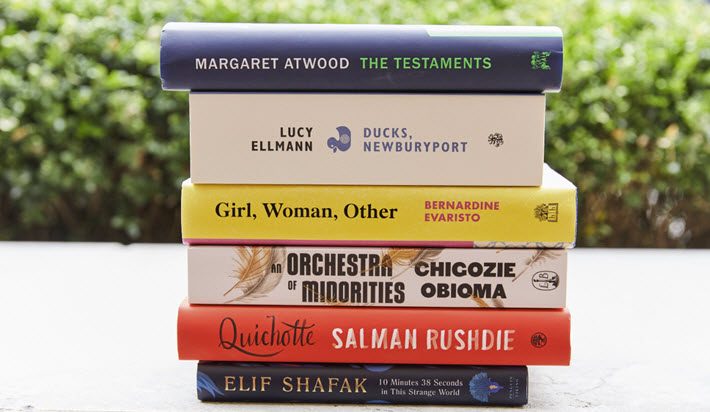 In his comments on the shortlist, Florence is quoted, saying, “The common thread is our admiration for the extraordinary ambition of each of these books. There is an abundance of humor, of political and cultural engagement, of stylistic daring and astonishing beauty of language.

“Like all great literature, these books teem with life, with a profound and celebratory humanity.

“There is an abundance of humor, of political and cultural engagement, of stylistic daring and astonishing beauty of language.”Peter Florence, 2019 Booker Jury Chair

“There is an abundance of humor, of political and cultural engagement, of stylistic daring and astonishing beauty of language.”

“We have a shortlist of six extraordinary books and we could make a case for each of them as winner, but I want to toast all of them as ‘winners.’ Anyone who reads all six of these books would be enriched and delighted, awestruck by the power of story, and encouraged by what literature can do to set our imaginations free.”

And Booker Foundation literary director Gaby Wood is quoted in media messaging, saying, “It was hard to watch the judges narrow down their longlist to this shortlist: they were so committed to all 13 of the books they’d chosen just over a month ago that the discussion was intense.

“Still, these six remain extraordinary: they bring news of different worlds; they carry a wealth of lives and voices; they’re in conversation, in various ways, with other works of literature.

“I think it’s fair to say that the judges weren’t looking for anything in particular–they entered this process with an open mind–but this is what they found: a set of novels that is political, orchestral, fearless, felt. And now, by association, those six will be in fruitful conversation with one another.”

Florence is joined on this year’s jury by:

It’s worth noting that the independent publisher Galley Beggar Press—which first caught the attention of many in the wider industry with Eimear McBride’s 2-13 A Girl Is a Half-Formed Thing—is represented on the shortlist for Ellmann’s Ducks, Newburyport. The Ellmann is one of only two books the press is producing this year.

Otherwise, in terms of publishers represented, it’s springtime for Penguin Random House, imprints and divisions of which are responsible for four of the six titles on the shortlist: Chatto & Windus, Jonathan Cape, Hamish Hamilton, and Viking.

The Booker’s shortlisted novels “bring news of different worlds; they carry a wealth of lives and voices; they’re in conversation, in various ways, with other works of literature.”Gaby Wood, Booker Prize Foundation

Little, Brown, of course, is a Hachette company.

The winner of the 2019 Booker Prize receives £50,000 (US$59,946–down $2,234 from the exchange rate of our July report of $62,180, Brexit watchers might note). The winner of a Booker also normally can expect to benefit from a significant boost in sales and visibility, of course.

The shortlisted authors each receive £2,500 (US$2,997) and a specially bound edition of their book.

The 2019 winner is to be announced on October 14, shortly before this year’s Frankfurter Buchmesse (October 16 to 20) at an awards ceremony once more set at London’s Guildhall. The ceremony is expected to be broadcast by the BBC. 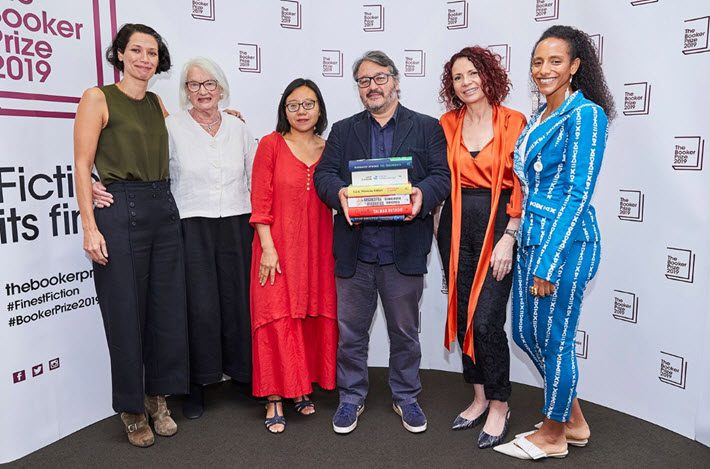