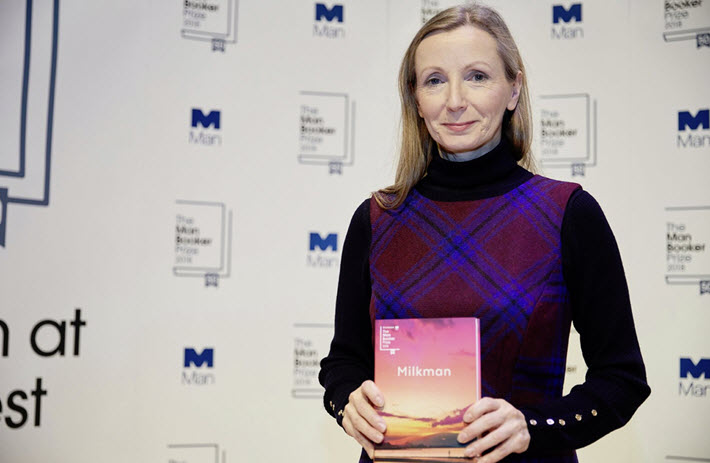 The 17th woman to win the Man Booker Prize, Anna Burns has won for ‘Milkman,’ set in Northern Ireland during the Troubles. Her publisher, Faber & Faber, becomes the second biggest winner of Man Booker titles. 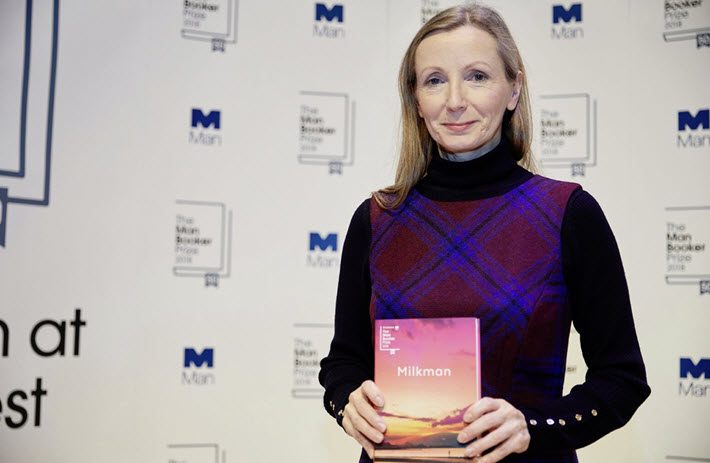 In its award ceremony and dinner at London’s Guildhall tonight (October 16), the Man Booker Prize for Fiction has named Anna Burns its 2018 winner for her novel Milkman, first published by Faber & Faber in the UK.

Burns becomes the first Northern Irish author to win this august accolade, arguably the world’s most coveted honor in literary fiction. She is also the 17th woman to become a Man Booker Prize laureate since the prize was inaugurated in 1969.

In winning the prize, Burns has bested the shortlist’s competition from two American writers, two British authors, and one Canadian. And Faber becomes the fourth independent publisher to win the prize in as many years. The company now stands as the holder of six winners, giving it the second-highest number of winning titles of any publisher.

In the United States, the book has been sold to Ethan Nosowsky at Graywolf, with Steve Woodward assigned to edit. Camilla Smallwood at Faber is handling rights. Graywolf is expected to publish the book in the States in December.

Anna Burns’ win was announced by jury chair Kwame Anthony Appiah and the trophy was presented to her by HRH The Duchess of Cornwall.

Luke Ellis, CEO of Man Group, handed the author a check for £50,000 (US$65,935). Burns also is being given a designer-bound edition of her book and a further £2,500 (US$3,296) for being shortlisted. The book binding will be on display to the public, along with the shortlist, for two weeks from tomorrow at Bonhams Auction House in London’s Montpelier Street.

The other shortlisted authors and their works were:

As the news was announced, BBC News Channel viewers watched live, as did viewers of BBC World TV News and online audiences watching a live stream.

Actors Adetomiwa Edun, Amy Morgan and Claire Rafferty read extracts from the shortlisted books at the ceremony. All the shortlisted authors attended, as did a number of former winners, including A.S. Byatt, Kazuo Ishiguro, Howard Jacobson, Ben Okri, and Jennifer Croft (the winner of the 2018 Man Booker International 2018 for translated work, a separate award from the Man Booker Prize for Fiction).

Burns is scheduled to take part in her first official public event as winner in a New Statesman-partnered event at Foyles’ flagship bookstore in Charing Cross Road on Thursday (October 18). Information and tickets are here.

The Royal Mail is issuing a congratulatory postmark featuring Burns’ name, which will be applied to millions of items of stamped mail nationwide for six days from Wednesday (October 17). It will read, “Congratulations to Anna Burns, winner of the 2018 Man Booker Prize.”

And, as Alexandra Alter at The New York Times is pointing out, critics of the prize’s “evolved” eligibility—opening it to any novel written in English and published in the UK–not just to books from Britain, Ireland, Zimbabwe and the Commonwealth—may be encouraged with Burns’ win. The past two years, the honor has gone to American writers,  Paul Beatty in 2016 and George Saunders in 2017. 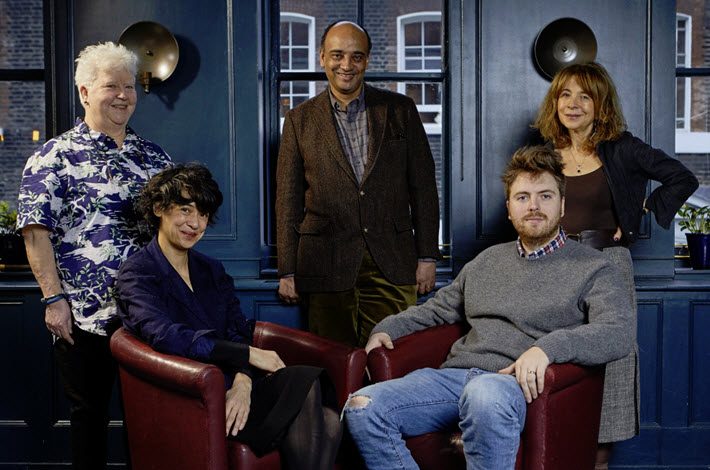 ‘A Society Divided Against Itself’ 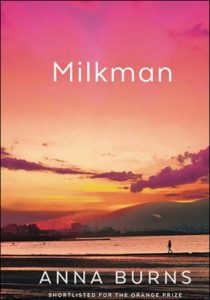 Burns, 56, was born in Belfast and lives in East Sussex. In writing Milkman, she drew on the experience of the Troubles in Northern Ireland, the same setting used in her first novel, No Bones.

In a prepared statement, jury chair Kwame Anthony Appiah is quoted, saying, “None of us has ever read anything like this before. Anna Burns’ utterly distinctive voice challenges conventional thinking and form in surprising and immersive prose.

“It’s a story of brutality, sexual encroachment and resistance threaded with mordant humor. Set in a society divided against itself, Milkman explores the insidious forms oppression can take in everyday life.”

Set in an unnamed city, Milkman is described as focusing on “middle sister,” as she navigates her way through rumor, social pressures, and politics in a tight-knit community. Burns reveals the dangerous and complex outcome that can befall a woman coming of age in a city at war.

Characters in the book are unnamed and instead are identified by their relationships to each other or where they stand in the social order.

In its statement of rationale, the jury writes:

“The language of Anna Burns’ Milkman is simply marvelous; beginning with the distinctive and consistently realized voice of the funny, resilient, astute, plain-spoken, first-person protagonist. From the opening page, her words pull us into the daily violence of her world—threats of murder, people killed by state hit squads—while responding to the everyday realities of her life as a young woman, negotiating a way between the demands of family, friends and lovers in an unsettled time.

“The novel delineates brilliantly the power of gossip and social pressure in a tight-knit community, and shows how both rumor and political loyalties can be put into the service of a relentless campaign of individual sexual harassment.

“Burns draws on the experience of Northern Ireland during the Troubles to portray a world that allows individuals to abuse the power granted by a community to those who resist the state on their behalf. Yet this is never a novel about just one place or time. The local is in service to an exploration of the universal experience of societies in crisis.”

The Man Booker Prize for Fiction this year was chosen from 171 submissions, and the special designer bound edition of the book has been created by Paul C. Delrue.

According to the Booker Prize Foundation, on winning the Man Booker Prize for Fiction, an author can expect international recognition plus a dramatic increase in book sales. In the week following the 2017 winner announcement, sales of Lincoln in the Bardo by the American author George Saunders, the book’s saloes increased by 1227 percent.

Bloomsbury has to date sold just under 250,000 copies globally across all formats, 70 percent of those sales coming after the Booker win. 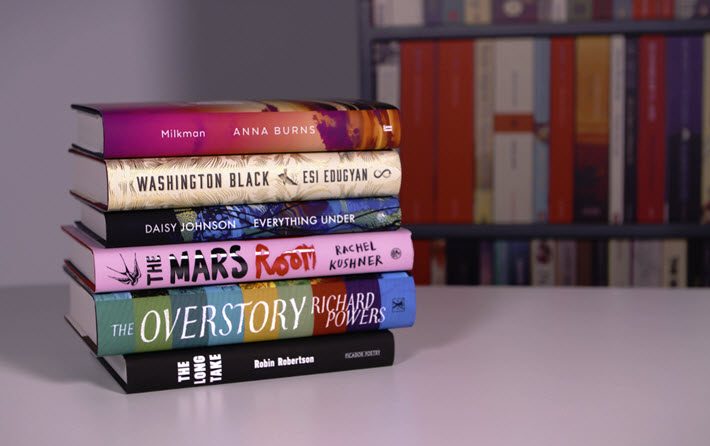