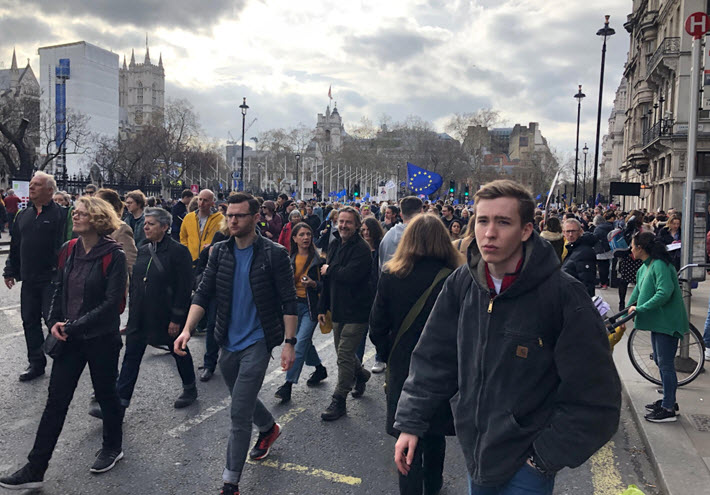 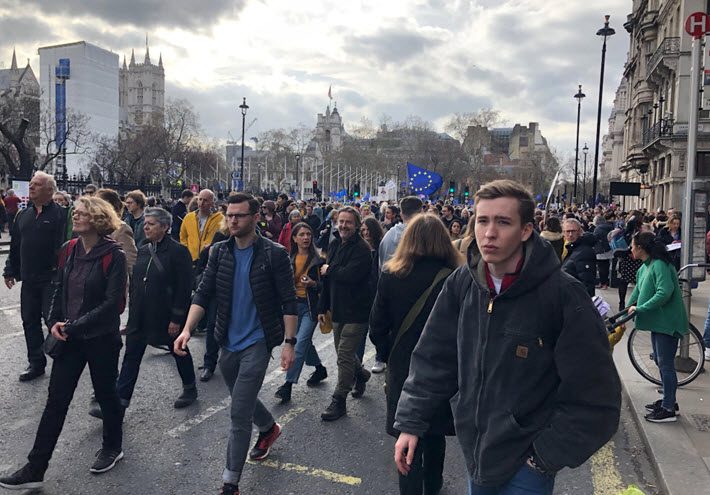 Protestors of the UK’s intended departure from the European Union march in a ‘Put It to the People’ demand for a second referendum on March 23, 2019. Image: Richard Charkin

Editor’s note: A week after Brexit commanded so much attention at the 2019 London Book Fair, hundreds of thousands marched in the British capital, demanding a second referendum. Organizers of the Put It to the People or ‘People’s Vote’ campaign say more than 1 million took part, which, as the BBC reports, would put the event ‘on a par with the biggest march of the century, the Stop the War march in 2003.’ Richard Charkin was among the demonstrators. —Porter Anderson

A Demand for a Second Referendum

I am not a frequent demonstrator. I think the last protest I attended was in 1968 when the United States’ embassy in Grosvenor Square was “invited” to persuade its government to call off the war in Vietnam. There were scuffles and the war continued for a few more years.

Saturday (March 23), I attended the “People’s Vote” march, which ended in London’s Parliament Square. According to the organizers, a million people joined in, contrasting with what was reported to be 200 people for the alternative pro-Brexit group.

Despite the crowds and the inevitable crush, it was polite, orderly, unthreatening and, frankly, very British. Who knows whether it will work? Perhaps we shall be better informed by the time this is published. Or perhaps not.

But what cheered me most was the number of book trade members attending, tweeting, and making a noise. There were too many to name, and I’d be bound to miss a few anyway, but thank you to all the authors, illustrators, editors, finance directors, and CEOs making the effort to re-establish democracy.

Which leads me to another optimistic meeting. 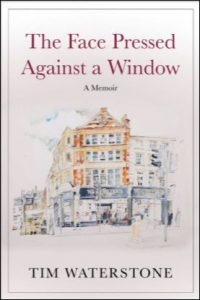 At the launch of Tim Waterstone’s memoir, The Face Pressed Against a Window, I bumped into a big beast of the trade book publishing world purring over the profitability of the large publishing groups. It’s true that general book publishing is performing well against a difficult background. As my friend, the late Peter Mayer, used to say, there’s nothing wrong with publishing that a few bestsellers won’t fix.

Of course he was right, but the bigger the company the more bestsellers are needed, and there’s the rub. How to find or make the bestsellers. It’s the oldest question.

Here are a few bestsellers I was close to. Make of them what you will, but no amount of Artificial Intelligence would have helped identify them. 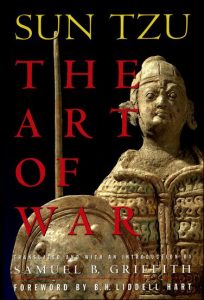 In 1987, Oxford University Press was inundated with orders for a book published decades earlier and which had sold steadily but slowly. All of a sudden we had to reprint many tens of thousands.

It took a while to uncover that someone called Michael Douglas (aka Gordon Gekko) waved a copy in the film Wall Street. This was the book, Sun Tzu’s The Art of War.

Next, a poorly-written memoir by a retired British spy living in Australia. The British government, led by Margaret Thatcher at the time, banned the publication of Peter Wright’s Spy Catcher in the UK. 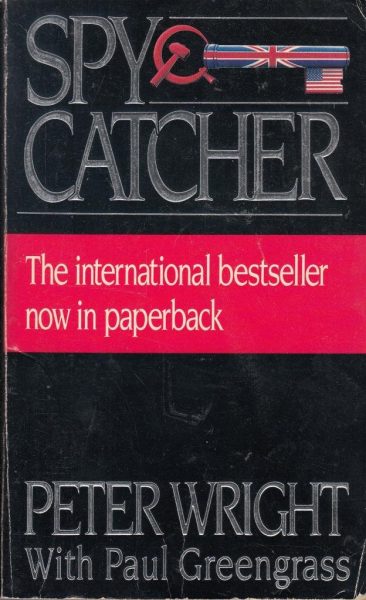 Its publisher, Heinemann, moved publication to Australia where the British Government tried to have it banned. They lost the case not least because of the efforts of Heinemann’s Australian lawyer, Malcolm Turnbull, and a book initially thought to have sales of 1500 copies went on to sell several million and make the author a millionaire.

This next book is a strange one. When I was running Mandarin paperbacks, we published this book. The commissioning editor was hugely enthusiastic as were the marketing people. Sales were less sure as nobody had heard of the author, Robert James Waller, and he was American. However, it did okay, perhaps 50,000 copies in its first year. 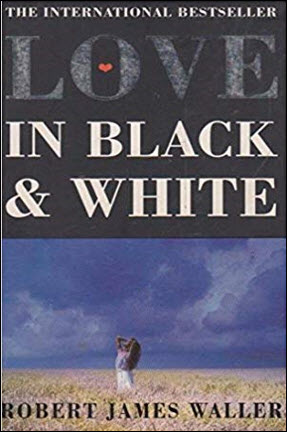 On a trip to New York, I spotted another book by the same author riding high in the charts and in the bookstores. On returning to London, I discovered that Love in Black and White was indeed The Bridges of Madison County.

Someone had decided that the real title was too obscure for the British public. We had ruthlessly managed to confuse the public and minimize our sales, but it was not too late to send an apologetic letter to booksellers and re-subscribe.

The book went on to sell several million copies in the UK edition.

There are plenty more examples of unanticipated bestsellers from my experience but I’d love to hear of other examples. We could create the bestseller list of unexpected bestsellers.

More from Publishing Perspectives’ monthly column by Richard Charkin’s is here. More from us on Brexit is here, on London Book Fair is here, and on bestsellers is here.

Our Spring Magazine is ready for your free download, having been produced to coincide with the London Book Fair and other book fairs of the season. In the magazine, you’ll find issues and players who were important at this year’s London Book Fair and who will factor into other major fairs this year, plus an early look at the coming Frankfurter Buchmesse (October 16 to 20).