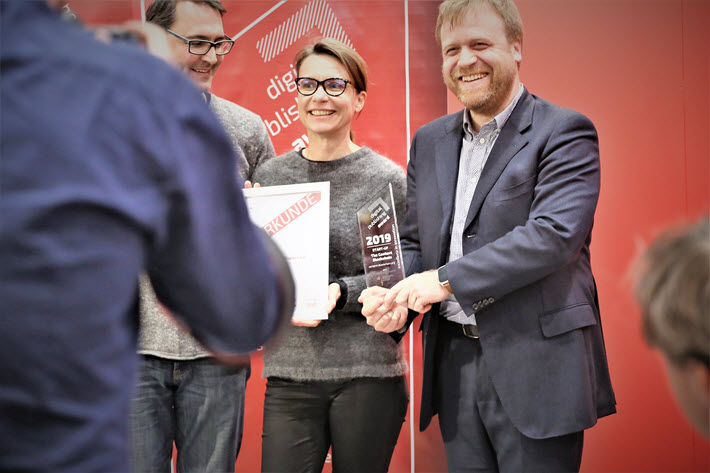 The Content Blockchain project, a collaborative effort among three companies, includes the development of the ISCC, an identifier of content in a decentralized ledger environment. 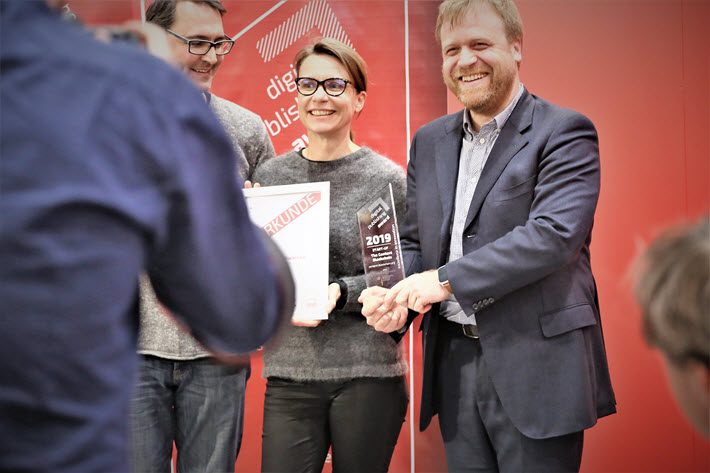 ‘To Engage With Decentralized Ledger Technology’

Germany’s inaugural Digital Publishing Award—sponsored by the federal Ministry of Economic Affairs and Energy—on Thursday (March 21) was given across five categories to a group of digital publishing companies. The award in the Startup category went to Content Blockchain, co-founded by Sebastian Posth and with Ron Martinez serving as an advisor.

Media messaging from the Digital Publishing Award characterizes the purpose of the honor to be recognizing the “radical thinking required” and “the continuous development of existing processes and products” that contribute to “the digital transformation of the publishing industry.”

You can learn more about the awards program here.

“The project also provides tools and standards,” he says, “with immediate utility for publishers who want to engage with decentralized ledger technology.”

In their rationale for its decision to honor Content Blockchain, the award’s jurors write, “The Content Blockchain is an open and decentralized ecosystem to manage, identify, and interact with digital content and user licenses. A core element is the International Standard Content Code, which is comparable to traditional identifiers from the media world such as ISBN, ISSN or ISRC is.

“The ISCC can be generated from digital content such as images, text or videos free of charge and by anyone with the help of easy-to-use applications. The identifiers and related machine-readable license terms can be registered on a publicly accessible blockchain network. The jury praises the initiative as one of the few blockchain projects to have an immediate utility for the publishing industry.

“Should publishers join the initiative, success is very likely, and this could positively change the market as a whole.” 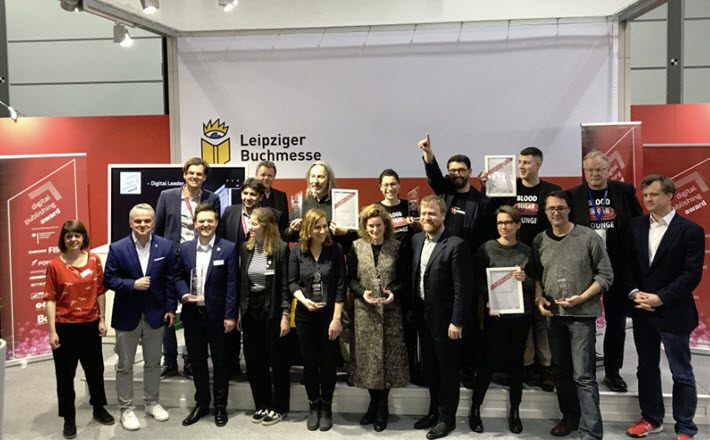 While the project’s work is meant to address publishers, authors, photographers, journalists, musicians, artists, bloggers, content distributors, and others in the creative industries, Posth tells us that the ISCC does not respond to the problem we reported earlier encountered by Roanie Levy at Access Copyright in the agency’s effort to create a blockchain for interaction with digital content.

“If the ISCC, which can be generated by anyone, is published on a public blockchain, it will then be possible for rights owners to connect metadata or license information inseparably to the content itself.”Sebastian Posth

The Canadian Access Copyright project Prescient ran into an issue with a blockchain model in which the actual creator/owner of copyrighted material could not be definitively recognized and attached to that content.

“The ISCC is first and foremost a content identifier,” Posth tells us, “which is created from the content itself. This concept is most important. If you have access to any content file, you know its ISCC. The ISCC is a kind of fingerprint of the content. The content ‘introduces itself,’ so to speak, to anyone who might ask for its identity.

“But the ISCC will not, by itself , tell you anything about connected rights or the rights owners, just like a file wouldn’t do.

“The trick and the use case for rights owners or copyright agencies is that if the ISCC,” Posth says, “which can be generated by anyone, is published on a public blockchain, it will then be possible for rights owners to connect metadata or license information inseparably to the content itself.

“And just like the ISCC, the metadata and licensing terms will then stick and travel with the content. This allows for licensing transactions in a decentralized media environment, which might be interesting for licensing use cases where licensor and licensee might not know each other or do not want to interact in time-consuming negotiations.

“In order to establish the connection between the rights owner and the content,” he says, “trusted third parties are required. This is not a connection which the ISCC or the blockchain can establish automatically.” 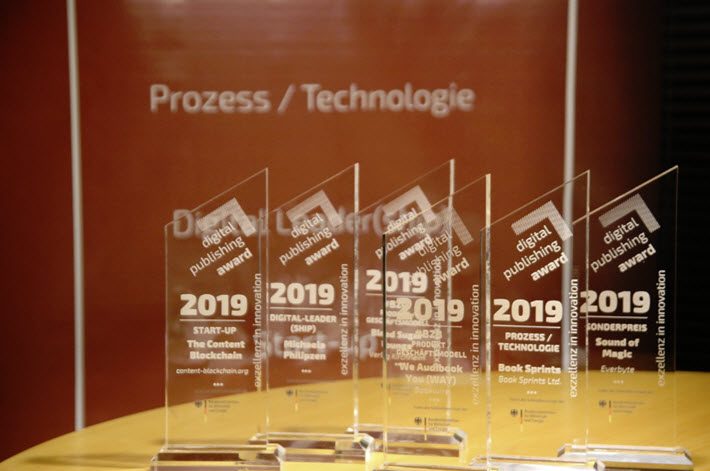 More from Publishing Perspectives on awards is here, and on blockchain is here.