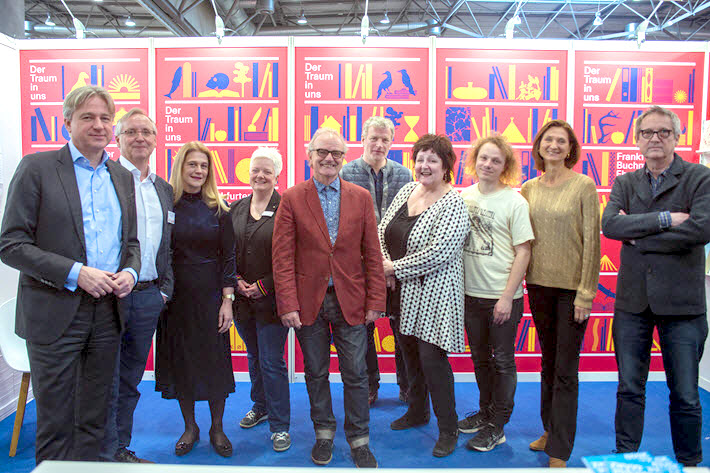 Promising that ‘critical debate’ will be part of the Norway Guest of Honor program at Frankfurter Buchmesse, Norwegian authors discuss their work and culture at a news conference in Leipzig. 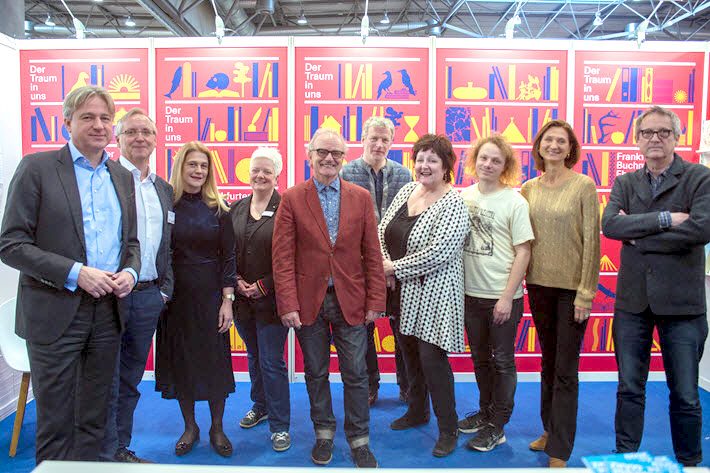 ‘To Describe Phenomena That Are Universally Relevant’

The Frankfurter Buchmesse’s 2019 Norway Guest of Honor program (October 16 to 20) has as its theme the charismatic phrase “The Dream We Carry,” and details of the coming plan were discussed today (March 21) at Frankfurt’s annual guest of honor news conference at the Leipzig Book Fair.

The program in Leipzig is expected to showcase 18 Norwegian authors and their works with some 40 events on the exhibition grounds and in the city. The organization is being handled, of course, by NORLA—Norwegian Literature Abroad—under the direction of Margit Walsø. As we reported during the London Book Fair last week, NORLA has reported that the guest of honor preparations have led to a record-breaking 639 translation grants in 2018 for books by Norwegian authors going into 45 languages.

“In recent years, Norway’s literary scene has produced a number of highly respected authors—Maja Lunde, Karl Ove Knausgård, Jo Nesbø, Linn Ullmann, Matias Faldbakken, to name but a few. The number of international bestsellers Norway produces is impressive, and Norwegian authors stand out for their extraordinary ability to describe phenomena that are universally relevant.

“This year, I am particularly looking forward to hearing about Norway’s talented young writers. I’m curious to see which topics they address and what kind of stance they take.”

Speaking for NORLA, Walsø said, “Norwegian literature is characterized by a great diversity and strong voices in all genres. We’ll use the opportunity as guest of honor as an occasion to share these voices and stories from Norway with the world and promote the joy of reading.”

And Marianne Hagen, the Norwegian state secretary at the ministry of foreign affairs, highlighted the political value of her country’s status as guest of honor, saying, “Being Frankfurter Buchmesse’s Guest of Honor this October is a unique opportunity for Norway. We won’t only showcase our diverse literature and culture, but also will use the book fair as a platform to defend, promote, and debate our shared values—human rights, democracy and freedom of expression—together with our German and international partners.”

The news event included a discussion with those invited Norwegian authors, who were interviewed by German bookseller Iris Hunscheid. 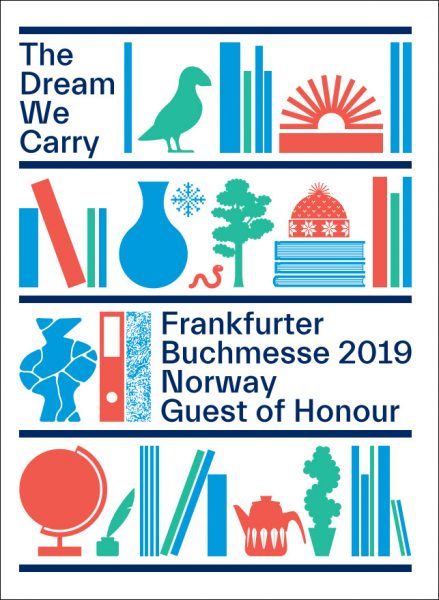 Media messaging from Frankfurt keys in on several points of the discussion:

In addition, author and filmmaker Lars Brandt talked to publisher Stefan Weidle about Flügel in Flammen (Wings on Fire), the collected works of Dagny Juel. And the news conference also featured musical contributions from musician and author Pål Moddi Knutsen. His book Forbudte sanger (Forbidden Songs) is just out from Edition Nautilus.

Relative to the guest of honor presentation for Frankfurt, the project’s leader Halldór Guðmundsson echoed Boos’ comments in referring to the importance of freedom of speech as a pillar of Norwegian identity.

“Freedom of expression gives literature life,” Guðmundsson said. “The Frankfurter Buchmesse shares that view, as shown by its ‘On the Same Page’ campaign last year”—which promoted the 70th anniversary of the Declaration of Human Rights in collaboration with the United Nations.

“Norway, with its long democratic tradition, also sees it that way.” Guðmundsson said. “That’s why freedom of expression and the desire for critical debate, even about difficult topics, will be central components of the Norwegian literature program in its guest of honor year.”

Some of the events available in Leipzig this weekend in association with Frankfurt’s Norway Guest of Honor programming can be found here.

And here is a video produced by the program, illuminating various parts of the graphic presentation of the program.

More from Publishing Perspectives on Norway is here, and more on Frankfurter Buchmesse is here.