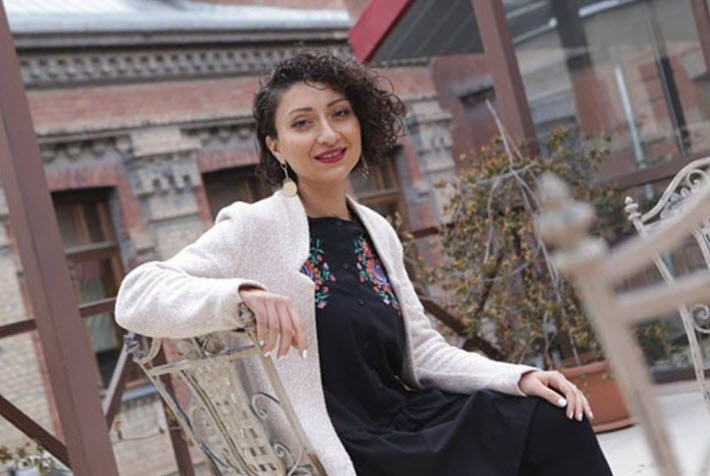 ‘Following the collapse of the Soviet Union in the 1990s, we have essentially risen from the dead, and only 25 years later, here we are.’ Frankfurt’s Guest of Honor, Georgia, says Gvantsa Jobava, is ready.

The publishing program of Georgia’s Guest of Honor event at the Frankfurter Buchmesse this year is led by Gvantsa Jobava, editor and international relations chief with Intelekti Publishing in Tbilisi.

Last month, we spoke with Jobava about her work in guest-editing the September edition of Words Without Borders. Today, Publishing Perspectives gets her further thoughts on Georgian literature, the Guest of Honor program in Frankfurt, and on her coming appearance at The Markets, Frankfurt’s agenda-setting conference on October 9 at the Business Club (Hall 4.0).

When we asked Jobava specifically about what sort of development in this regard she might have seen in the Georgian market, she had an answer that publishers in other markets might find surprising: telephone marketing. 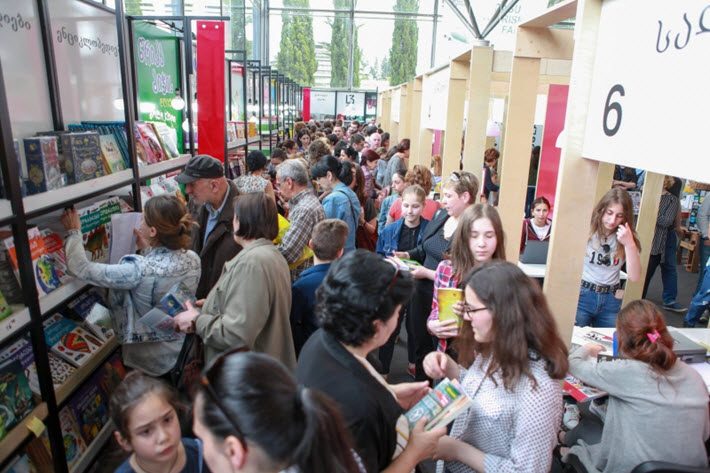 “During the last few years, Jobava says, “Georgian publishers and booksellers have found an additional way for selling books, and it’s working well at the moment. It’s an active negotiation with call centers.

“Almost every Georgian man or woman will reveal to you after a glass of wine, even if only in a whisper, that at some point they used to write poetry.”Gvantsa Jobava

“These telemarketers of course sell many different types of products. But among them, in recent years, selling books has appeared to be one of the most successful.

“And in this way,” she says, “we’ve found quite a new segment of book-buyers, people who don’t really often visit bookstores or book festivals—maybe they’ll never think about going there. But when one day, an absolutely unknown person is calling them and offering them a chance to buy a book with home delivery service, even though they haven’t seen the book or had a look inside, these consumers are happy to buy them.

“Call center operators simply inform the customers briefly what the book is about, how many pages it has, how it looks, and why that edition is special. What we’ve learned is that the segment of this working best is in expensive books such as special editions, hardcover books with many pages, and albums.”

Jobava notes that some of the best sales in this arena may be for coffee table books: “They may be books bought less for reading,” she says, “than for the honor of having them in the home. But some of these buyers are purchasing fiction, mainly translated literature—bestsellers, well-known authors, and Georgian classics that should be in every Georgian family’s library.

“I should add that revenues coming in from the call centers have became so important for some of the publishers in Georgia that they’ve started to publish books specially suited” to the telemarketers’ service. “And often, our publishers are offering their books to call centers at substantial discounts.” 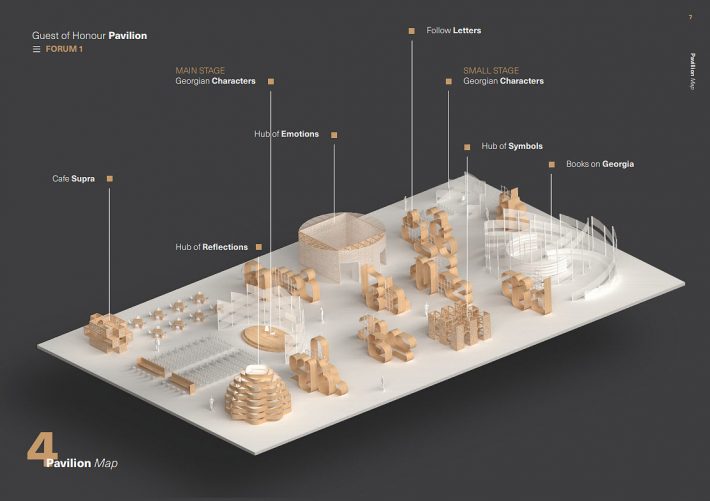 The Georgia Guest of Honor Pavilion at Frankfurter Buchmesse is designed with several hubs–a Hub of Reflections, a Hub of Emotions, and a Hub of Symbols. Image: Georgia: Made of Characters

As Jobava has clarified, publishing professionals from Georgia see their Guest of Honor program—and its slogan, Georgia: Made by Characters—at Frankfurt as symbolic of their nation’s freedom from the Russian federation and the Soviet status of the past. “We want to show Europe and the western world that our culture, built up over the course of centuries,” she says, “is perfectly compatible with the principle values of the free world.

“Moreover, we want to show that it is precisely because these values form the foundations of our culture and are therefore deeply ingrained in us that not even the 70-year ideological stranglehold of the Soviet regime could break us.

“Perhaps I am going beyond my remit here,” she says in interview, “but I believe that under current circumstances, with 20 percent of my country occupied by Russia, it is essential for Georgia to become a full member of the EU. This opinion is shared by almost all my overseas colleagues and friends who have visited Georgia.

“So what does it mean to us to be involved at Frankfurt Book Fair, and to have the chance to see our literature in translation? For us, it feels like coming home after many years away.”Gvantsa Jobava

“So who knows? This project might even turn out to be an important step forward on the road to membership in the EU, a goal that the Georgian people are striving toward untiringly.”

Jobava will elaborate further on these dynamics when she appears on October 11 at 10:30 a.m. on Frankfurt’s International Stage (Hall 5.1, A128), joining Russian author Dmitry Glukhovsky in a Publishing Perspectives Talk on politics and publishing today.

And in one of her most telling comments, Jobava tells us, “You know, we’ve been preparing for this project for the last five years—five years of counting down the days.

“So what does it mean to us to be involved at Frankfurt Book Fair, and to have the chance to see our literature in translation? For us, it feels like coming home after many years away.”

And one of the key elements of this sensation she’s discussing has to do with a singular relationship she says the Georgian culture has with poetry.

‘Something Poetic in Our Nature’ 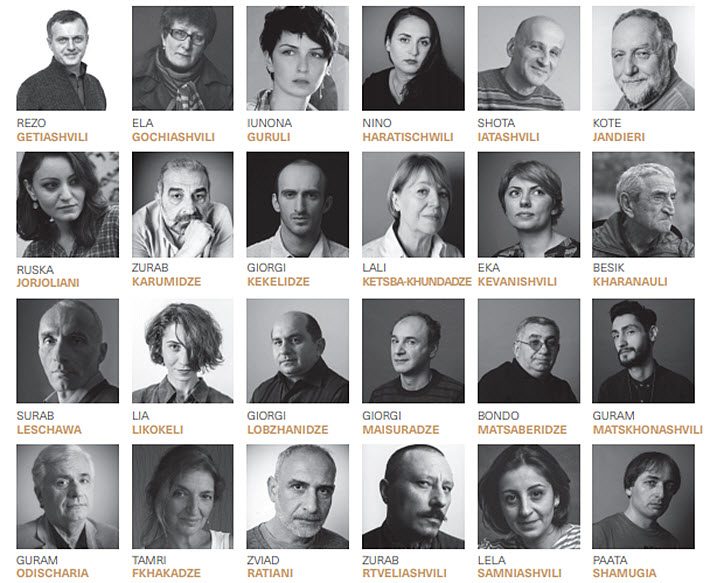 Some of the roughly 70 authors headed for Frankfurter Buchmesse as part of the Georgia Guest of Honor program. Image: Georgia: Made by Characters

“It’s often said,” Jobava tells us, “that Georgia is a land of poets, and it’s a fact that almost every Georgian man or woman you meet will reveal to you after a glass of wine, even if only in a whisper, that at some point back in their childhood they used to write poetry.

“I’ve no idea why this is. There appears to be something poetic in our nature.

“Unfortunately, publishing poetry in Georgia is not really a commercial proposition anymore. When you can find all your favorite poems online free, you’re not likely to pay for a book of them. Nevertheless, publishing houses such as Intelekti, of which I’m a representative, publish many volumes of poetry every year.

“The reason for this is that contemporary Georgian poetry is of such high quality that we feel duty-bound to support our poets and assist them in achieving and maintaining popularity, regardless of how old or established they are. To realize these aims, we’re often prepared to put financial concerns on the back burner. It’s a kind of tradition, one that we feel we can’t abandon. There have been a few occasions when poetry collections have found themselves onto the year-end bestseller lists, but admittedly only a few.” 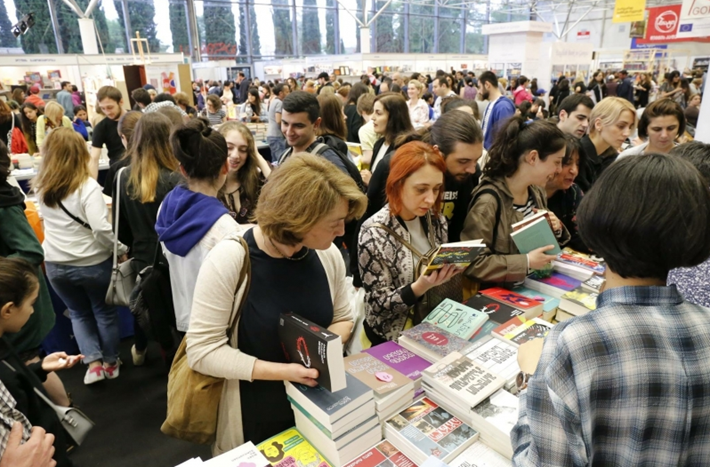 To grasp what a leap it is for a small former Soviet satellite like Georgia to take on the challenges of being Guest of Honor at the world’s largest book fair, consider that the most recently designated markets have included France (2017) and The Netherlands and Flanders (2016), and  in 2019 will be Norway, in 2020 Canada. The preparations Georgia is making are even more impressive when you take into account that since 2010, Jobava says, as few as 25 Georgian books may have been translated into English.

“We’re ready to show you our culture’s life, past and present, what we’ve been keeping in our hearts for such a long time. And most importantly, our words will be sincere.”Gvantsa Jobava

“During the Soviet era,” she says, “quite a lot of Georgian works were translated into English, especially poetry. But these books were only sold within the Soviet sphere because in those days the state-owned publishing houses of the USSR didn’t have business relationships with overseas publishers.”

When Publishing Perspectives asks Jobava what impact she believes the Guest of Honor program could have for the Georgian book market, she says, “Whenever I’m asked this question, I close my eyes for a moment and feel a rush of fear. I’m scared that I’m hoping for too much and haven’t even prepared for the reality that we might end up disappointed.

“Nevertheless, I can assure you that we are ready to go to Frankfurt and show you everything we’ve been working so hard on over the last few years. We’re ready to show you our culture’s life, past and present, what we’ve been keeping in our hearts for such a long time. We’ll be open, proud, happy. And most importantly, our words will be sincere.

“I think everyone involved in the project, including myself, shares a similar goal,” Jobava says. “When it’s all over, we want our country to be better.

“Following the collapse of the Soviet Union in the 1990s, we have essentially risen from the dead, and only 25 years later, here we are, Guest of Honor at the Frankfurt Book Fair. We Georgians have always believed—and still believe—in legends and miracles, and maybe that’s why miracles have not abandoned us.”

The Publishing Perspectives Talk event on October 11 at 10:30 a.m. is open free of charge to Frankfurter Buchmesse trade visitors.

There’s a special site dedicated to Georgia’s Gust of Honor program at Frankfurt, and you can find it here.