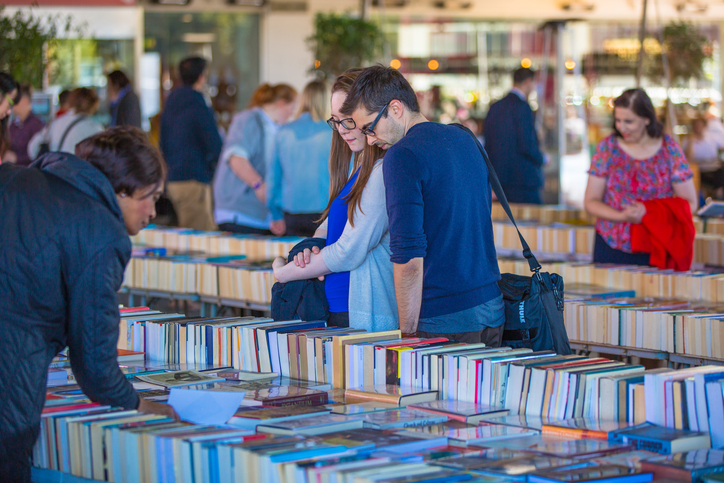 The Man Booker Prize for Fiction (October 16) is preceded by a series of events with shortlisted authors, and London Book Fair has opened its search for its official 2019 literacy charity. 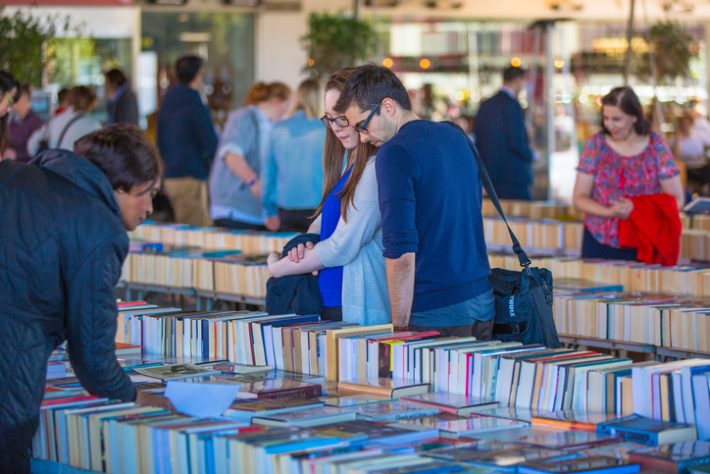 Prior to the Man Booker Winner Announcement

As Publishing Perspectives has reported, the Man Booker Prize for Fiction’s 2018 shortlisting process includes events in which consumers can see and hear nominated authors in public appearances.

Three key dates now have been announced, for October 12, 13, and 14, on the run-up to the October 16 announcement of the winner at London’s Guildhall.

And the coming trio of events are as follows:

Cheltenham: Dubbed “Man Booker Day at Cheltenham Literature Festival,” this event on October 13 includes a 2:30 p.m. session, The Cheltenham Booker: 1958, which is chaired by James Walton and includes an introduction with John Coldstream. Somewhast reminiscent of the Canada Reads television event, panelists make a case for their choice of book from a particular year. This year Madeleine Thien, Alex Clark, Robbie Millen, Derek Owusu, and Kelleigh Greenberg-Jephcott will debate “which book would have won the prize had it existed in 1958.” Books in the running are Things Fall Apart by Chinua Achebe; Breakfast at Tiffany’s by Truman Capote; Our Man in Havana by Graham Greene; The Bell by Iris Murdoch; and Saturday Night, Sunday Morning by Alan Sillitoe.

And a third session at Cheltenham on October 13 is called Story Machine Productions: a dramatization of the Life & Times of Michael K , and is set for 6:30 p.m. The event uses film and live performance in its staged presentation of two-time Man Booker winner JM Coetzee’s novel.

London: Man Booker Prize Shortlist Authors Evening , 7:30 p.m. October 14, Royal Festival Hall, Southbank Centre, chaired by Damian Barr. This is the traditional pre-winner-announcement evening in which all of the authors shortlisted for this year’s Man Booker are onstage in readings and conversation, followed by a signing.

And if you’re in London after the award’s presentation on the 16th, Foyles’ flagship store in Charing Cross will be hosting a winner’s evening in association with The New Statesman. Information on that event is here.

London Book Fair (March 12 to 14) has opened its Charity of the Year program for submissions “from the book, reading, and literacy-focused nonprofit community.”

Each year, the fair chooses a charity to receive free exhibition space, marketing support, online promotion, and a fundraising button on the fair’s site.

The deadline for submissions this year is November 23, and in a prepared statement, London Book Fair’s director Jacks Thomas is quoted, saying, “There are so many incredible charities doing inspiring work in the reading, literacy and wider creative sectors, and it’s important they achieve the recognition and awareness they deserve.

“We launched our Charity of the Year initiative to provide a platform for charities related to the creative industries to gain exposure, build relationships, and expand their reach. Each year, we’re both humbled and energized by the submissions for Charity of the Year we receive, and we very much look forward to seeing this year’s applications.”

More from Publishing Perspectives on the Man Booker Prize for Fiction is here, and on London Book Fair is here.