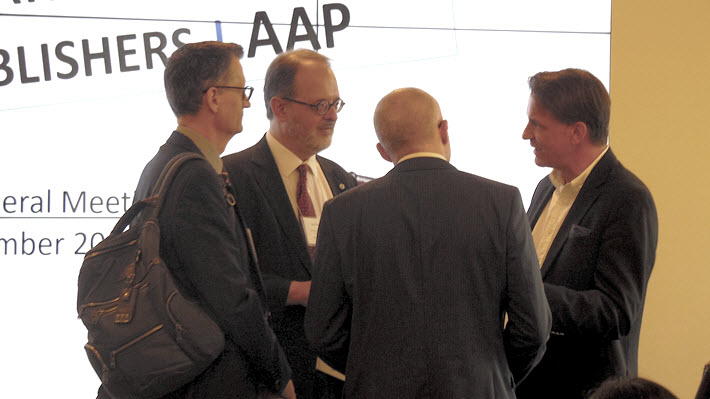 Taking direction from its board members, the AAP has reset its focus on copyright and advocacy for the value of book publishing in modern society. 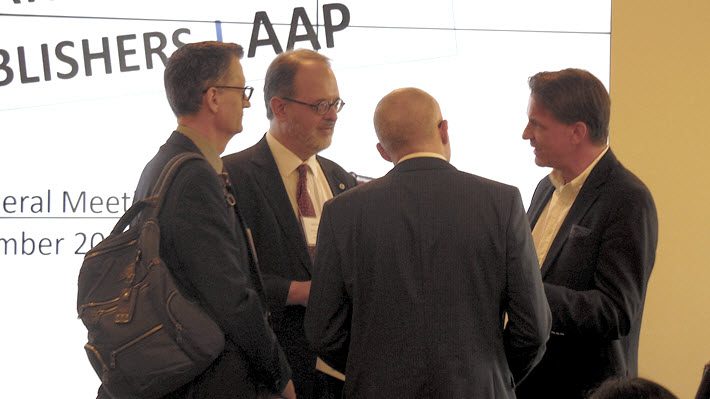 The annual meeting of the Association of American Publishers in New York City on Thursday (September 20) advanced an important conversation this 48-year-old organization is having with itself.

Formed in 1970, the nonprofit has close to 400 member-companies, and they include the major trade houses and many independent companies as well as university presses, scholarly societies, and digital learning programs. And yet, the key emphasis in the meeting of some 200 attendees at Penguin Random House last week, was on what PRH chief Markus Dohle called “the new AAP”—a concept still being communicated to the membership.

“In early fall 2016, as Tom Allen was preparing to retire” as CEO of the nonprofit, Dohle said, “the board had the opportunity to consider AAP’s mandate and needs for the next decade-plus. So the member companies of all sizes and sectors came together.

“We knew we wanted to refocus on two core priorities: copyright protection, the publisher’s lifeblood, and advocacy for the value proposition of publishing for society in the modern era, including publishing’s contribution to literature, innovation, research, education, and the exchange of ideas, as well as our contribution to the economy.

“The board”—and Dohle will soon cycle off as its chairman—”then translated this into the CEO search.”

In choosing Maria Pallante as its new chief executive, Dohle said, the organization had recognized that it needed leadership “both in law and policy and also [able to function] as a hands-on manager at our headquarters in Washington, DC.” 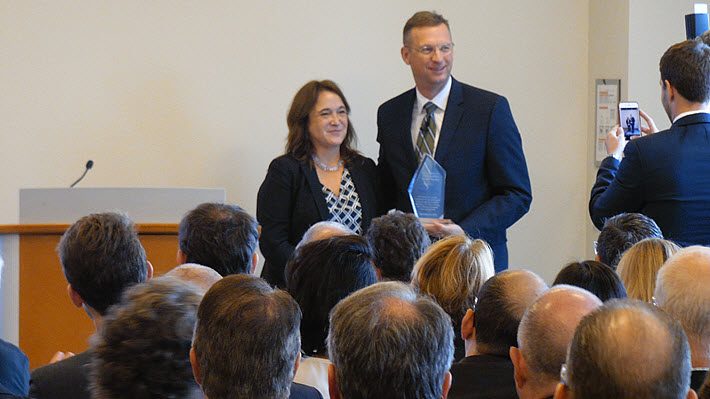 ‘Our Offices in Washington’

The Association of American Publishers could hardly have chosen a more apt moment to reposition itself for the advocacy of publishing’s work and place.

Twice this year, attorneys for the US president, Donald Trump, have threatened Big Five publishers with litigation, trying to intimidate them as they released books critical of the administration.

Trump tried this first with Macmillan, as Henry Holt was about to release Michael Wolff’s Fire and Fury: Inside the Trump White House in January. And he made another run this month, this time at Simon & Schuster, as it released on September 11 Bob Woodward’s Fear: Trump in the White House.

The CEOs of both companies, Macmillan’s John Sargent and Simon’s Carolyn Reidy, were at the annual meeting, newly minted local heroes to an industry quickly finding its footing in the discourse of an ongoing political crisis. “Every now and then,” Pallante said pointedly in recognizing the two leaders, “we’re known to defend the First Amendment.”

“We knew we wanted to refocus on two core priorities: copyright protection, the publisher’s lifeblood, and advocacy for the value proposition of publishing for society in the modern era.”Markus Dohle

Pallante, the AAP’s still-new CEO, has been a ready representative of American publishing’s interests in such settings as the International Publishers Association’s (IPA) congress in New Delhi in February, where she took to the stage with the World Intellectual Property Organization’s (WIPO) Francis Gurry to debate issues in copyright protection.

Leaving offices in Philadelphia and New York to focus on the Washington hub of “the new AAP’s” activities, Dohle assured the group, has the full board’s complete agreement. Pallante, who began her tenure with AAP in early 2017, was for more than five years the 12th Register of US Copyrights, directing the Copyright Office to address a range of almost 30 initiatives and policies that led to a strategy approach projected to carry the office to 2020.

Also experienced in intellectual property issues from a stint of eight years as IP counsel and licensing director with the Guggenheim in New York, Pallante at the annual meeting was intent on helping attendees understand points in which the publishing community can do a lot to explicate its work’s influence on in the current-affairs life of the nation.

“It’s really important to spread out and think about the bigger picture we’re part of,” Pallante said, a clue to the sort of conceptual reset the association’s leadership is working to accomplish with the membership.

“Sometimes we focus on human rights. Because sometimes copyright and freedom of expression and human rights come together, as they did with the Marrakesh Treaty.”Maria Pallante

“Publishers are doing really great things in licensing, with really great business models,” she said, using the example of digitally reconfigured approaches to curriculum content, “to make it easier for universities and students to access what they need. Publishers are part of the ecosystem in education.”

They’re also, she said, “part of the cycle of creativity, and often when Hollywood makes a great film, they come to the publishing industry and their authors for the stories”—a reflection of the UK’s Publisher Association’s July report on a survey of the link between books, film, television, and theater.

“And we talk about the economic impact of the IP” across the full range of the creative industries in which publishing stands, an aggregate US$6 trillion worth of business, she said, and how that plays into the jobs market, including working to curtail piracy as needed.

She stressed that the organization’s purpose is “to represent the leading book, journal, and education publishers in the United States on matters of law and policy, advocating for outcomes that incentivize the publication of creative expression, professional content, and learning solutions.”

“Sometimes we focus on human rights,” Pallante said, “because sometimes copyright and freedom of expression and human rights come together, as they did with the Marrakesh Treaty,” the American ratification and implementation of which was strongly promoted by AAP and particularly by its executive vice president and general counsel Allan Adler.

In a symbolic evocation of issues being handled by the AAP staff, the back cover of the annual meeting’s program was festooned with the seals of government agencies and institutions, from Homeland Security and the beleaguered Justice Department to the US Senate, House of Representatives, and State Department.

“We’re hiring,” Pallante said. “Because we’re so busy in our new refined strategy that we need more expertise,” supported, she said, “by hundreds of volunteers” in committee work, which is to be revisited later this year. 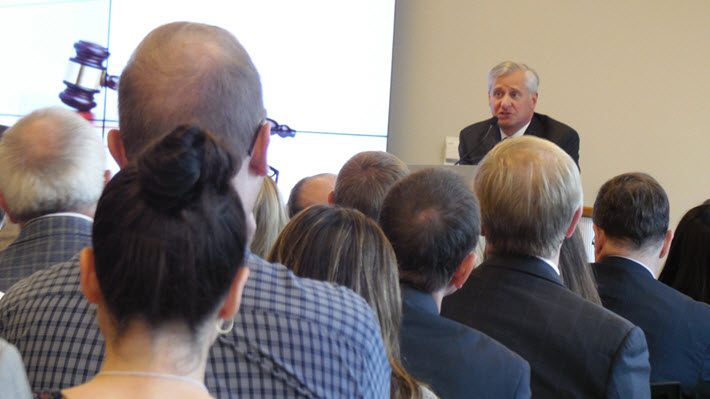 An entertaining monologue was included in the presentation, featuring historian Jon Meacham, whose most recent book, The Soul of America: The Battle for Our Better Angels (Random House, May), like his talk, was meant to reassure all listening that the American experiment is based on stronger stuff than the challenges the current emergency is throwing at it. 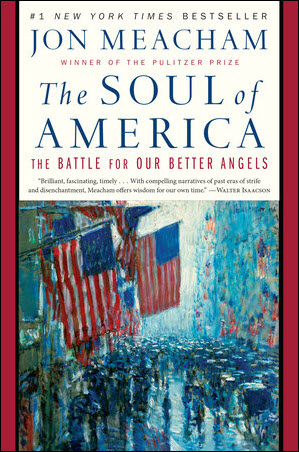 Having published his book on Andrew Jackson (American Lion, Random House, 2009), Meacham had a lot to say about presidential preferences for historical figures. “Presidents always see as they wish to be seen. When they talk about a predecessor, they’re trying to be sure they’re seen in a similar light.”

And in one of his wry anecdotes, Meacham referred to writing his March 2017 open letter to Trump, who has claimed a fondness for Jackson. George H.W. Bush, Meacham said, had called to congratulate Meacham on the letter, and referred to it as “your letter to Jackson.” When Meacham clarified, “It’s a letter to Trump about Jackson,” Bush answered, “Yeah, but Jackson will pay more attention to it than Trump will.”

Benjamin Marks of Weil Gotshal & Manges was also on-hand with a commentary on antitrust laws and big tech companies, saying that “a lack of competition dominated by tech platforms is fundamentally different than a lack of competition in most other markets, say, the market for breakfast cereal.”

A key to the danger, as Marks laid it out, is that “control of information by a smaller number of highly influential firms”–led in this formulation, of course, by Amazon–”may distort the information available about price and the quality of goods,” effectively altering the general antitrust concept that lower pricing is good for consumers, and “favoring those firms at the expense of broader economic growth.”

Pallante also presented the AAP’s Award for Distinguished Public Service to Rep. Doug Collins (R-GA), who was at the meeting to display his evangelistic skills in talking about his work as co-chair of the Creative Rights Caucus and an abiding advocate for IP protection, although, as he said, “I come from a district [Georgia’s ninth] in which I’ve given zero speeches on copyright. I’m the third most Republican district in the country. … “I still think you go to Washington for a reason. I think you go for a purpose.”

Before the day ended, the AAP’s International Freedom To Publish Award, named for Jeri Laber, was presented to London-based Azadeh Parsapour, who explained in a taped message that she couldn’t be present because as an Iranian, she can’t enter the United States. As Publishing Perspectives readers know, Parsapour’s publishing house Nogaam is the one that publishes content censored and blocked in her native Iran, and she’s the founder of the Tehran Book Fair Uncensored, which promotes literature banned in Iran.

Parsapour has twice been shortlisted for the International Publishers Association’s counterpart award, the Prix Voltaire.

“And 40 years ago, almost a quarter of my classmates were named Azadeh because of the revolution in Iran of 1979. Our parents had hoped for a better life. … Now it’s starting to make sense to me.” 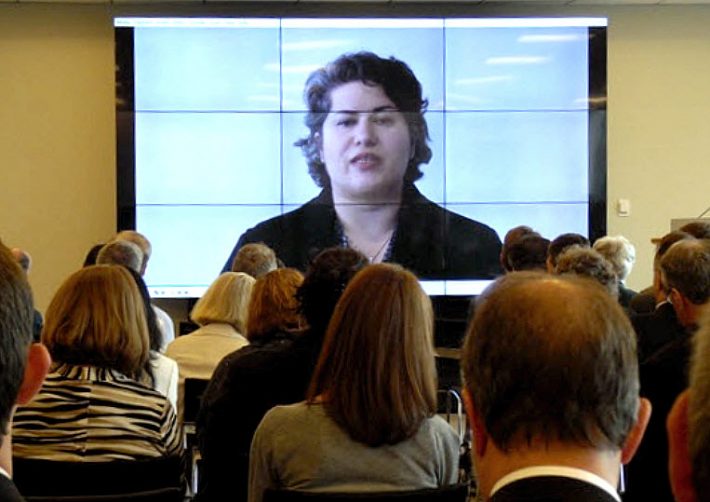 More from Publishing Perspectives on the Association of American Publishers is here.