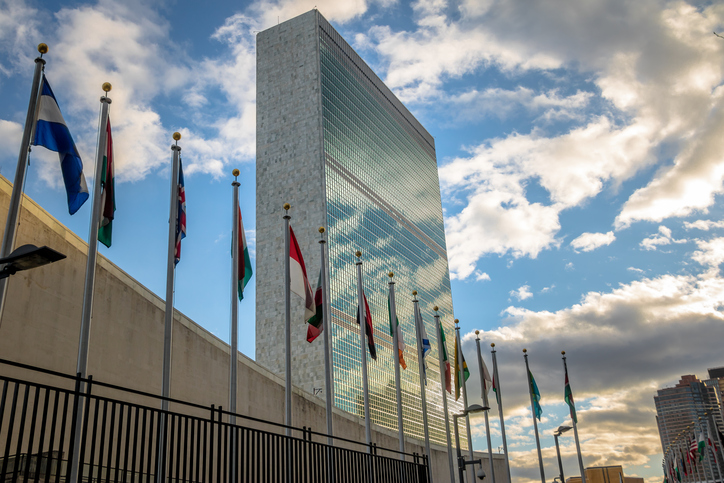 The SDG Book Club will curate young readers’ books correlating with each of the UN’s Sustainable Development Goals over 17 months.

António Guterres, the United Nations secretary-general, speaks on September 23 at the announcement of initiatives including the Sustainable Development Goals Book Club in collaboration with the International Publishers Association. Image: IPA

‘All Children Should Have the Opportunity’

At the start of “UN Week”—the 73rd session of the United Nations’ General Assembly, to run through October 1, the International Publishers Association (IPA) and the UN Outreach Division are announcing the creation of a Sustainable Development Goals Book Club, the “SDG Book Club,” for young readers.

In fact, the program is scheduled to run for 17 months. Each month, the club is to create a curated reading list of titles that will encourage children and YA readers to engage with the goals. Initially, six titles are to be designated each month, one in each of the official languages of the United Nations—Arabic, Chinese, English, French, Russian, and Spanish.

In a prepared statement from New York City, the publishers association’s president Kolman is quoted, saying, “Imagine children in Asia reading about diversity and inclusion in Chinese [and] kids in South America enjoying Spanish-language books on the importance of water in their lives.

“All children should have the opportunity to learn about and shape their world through the prism of the Sustainable Development Goals. We are convinced that the goals are attainable by 2030, and we hope that we can contribute” to achieving that target.

Kolman was in New York last week as the Association of American Publishers held its annual meeting, and was joined by IPA vice-president Hugo Setzer—who is expected to succeed Kolman as president this winter—and by IPA secretary general José Borghino.

“All children should have the opportunity to learn about and shape their world through the prism of the Sustainable Development Goals.”Michiel Kolman

As New Yorkers brace for the annual gridlock and street closures that affect the East Side of Manhattan annually during the General Assembly, many diplomats and NGO operatives at the General Assembly will be watching for comments relative to the Sustainable Development Goals from speakers. By tradition, Brazil has spoken first since 1947, followed by the United States, as host country.

As Frank Jordans of the Associated Press writes, for example, “Leaders at this year’s UN General Assembly are feeling a sense of urgency to keep up the momentum on combating climate change. That’s why, in between discussing how to tackle wars, poverty and deadly diseases around the world, leaders will be devoting substantial time in New York this week to the question of global warming and how to rein it in. …

“About the only leader not expected to dwell on climate change is Donald Trump, who last year announced his intention to withdraw the United States from the 2015 Paris accord. He says it represents a bad deal for the American people.”

Agreement is due by December on the so-called Paris rulebook, which will describe nations’ steps in monitoring their attempts to act on climate change.

‘The Importance of Action’ 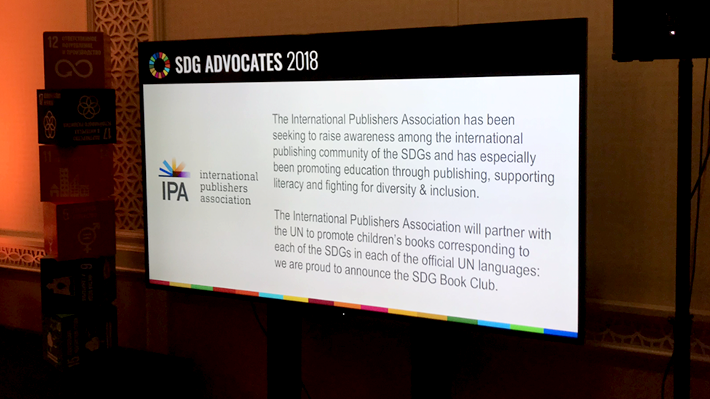 The announcement text of the International Publishers Association’s ‘SDG Book Club’ in collaboration with the UN Outreach Division at the September 23 announcement. Image: IPA

Speaking for the Outreach Division of the UN, its director, Maher Nasser, is quoted, saying, “Knowledge has always been a key to progress, and books, in any form, are the means by which knowledge is preserved and shared.

“Our collaboration with the International Publishers Association on an SDG Book Club is an important initiative to reach children and youth with books and stories in multiple languages that introduce them to the Sustainable Development Goals and the importance of action to achieve them.

“We hope that this collaboration with publishers around the world will help youth internalize what the goals are about and why they matter.”Maher Nasser

“We hope that this collaboration with publishers around the world will help youth internalize what the goals are about and why they matter to their own future and that of our planet.”

At the point of today’s announcement, details have yet to be provided about how the Sustainable Development Goals Book Club’s reading list(s) will be curated, nor whether the books selected will include both fiction and nonfiction. The plans are expected to be fleshed out in coming weeks and months.

To follow various agenda points of the General Assembly, see the UN Journal. 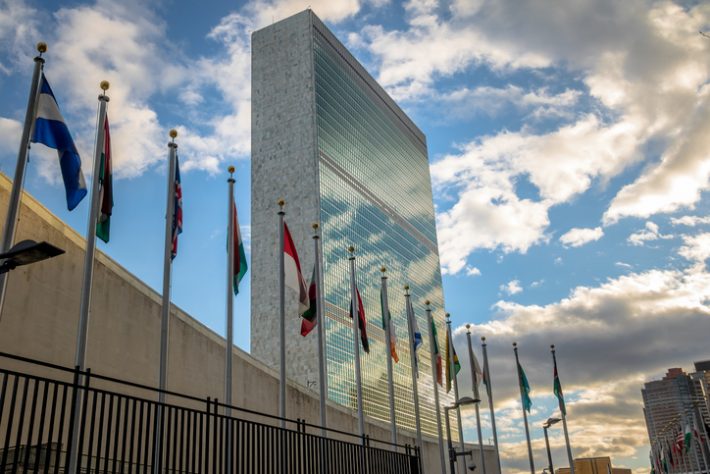 More from Publishing Perspectives on the International Publishers Association is here, and on children’s literature is here.

Our Summer Magazine is ready for your free download and is themed on politics and publishing.