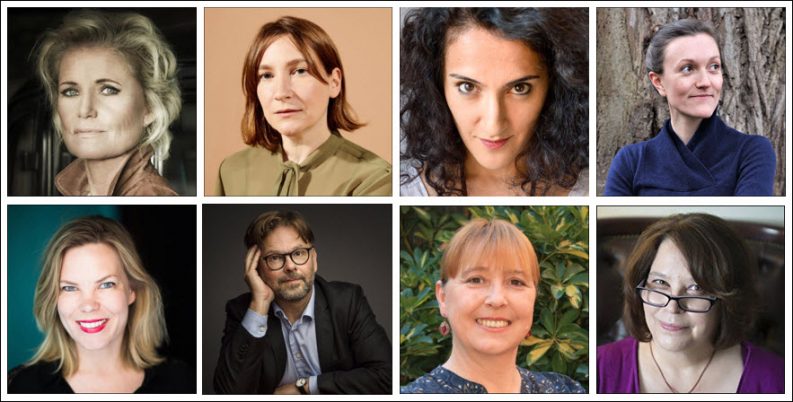 From Denmark, Spain, Sweden, the USA, France, and Norway, our rights roundup is primarily fiction, with its one nonfiction entry being in comics format, looking at historical women’s movements. A second theme in several this time: displacement and immigration. 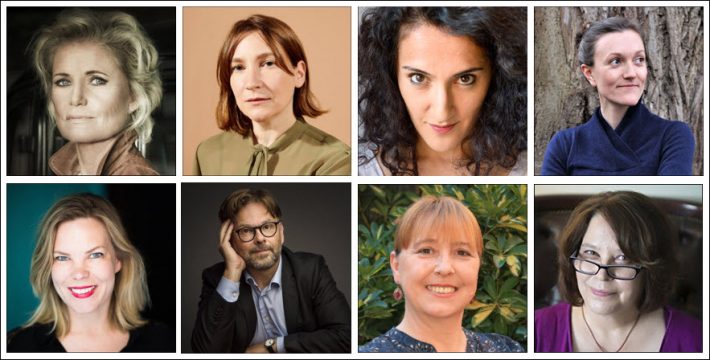 This time, our rights roundup has a lot of emphasis on women, both in fiction and nonfiction.

With titles like Motherhood and Women in Battle, this may not come as a surprise.  But Geraniums on the Balcony is a work that engages not only a woman’s viewpoint at the time of the Spanish Civil War but also immigration at a time when Barcelona was a very different city from the place we know today.

Another such coming together of themes can be found in Marx et la poupée, and yet another interesting juxtaposition of themes lies in an examination of attraction and aging–along with a couple of cracking good mysteries. 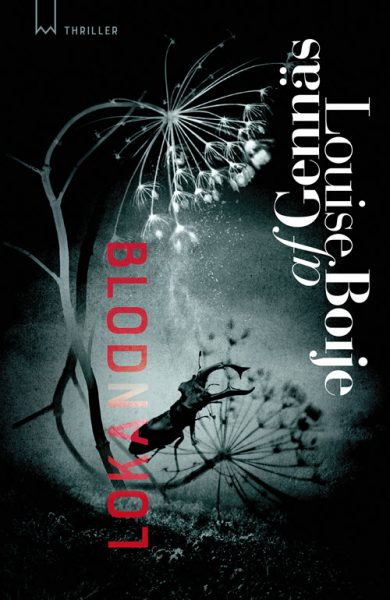 When Sara’s father dies in a mysterious fire, she moves from a small Swedish town to Stockholm.

Sinister and mysterious things start to happen and Sara is forced to question her own sanity while regarding everyone around her with growing suspicion. To save herself and her family Sara needs to seek the truth.

Blodlokan, the first in a new trilogy, is the story of a game of imagination vs. manipulation of reality in which nothing is what it seems and the truth can change everything. 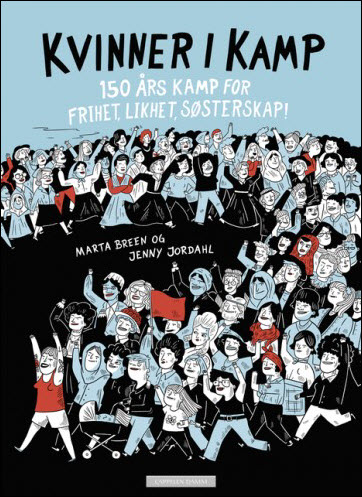 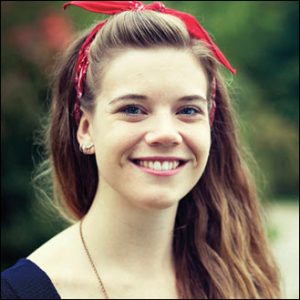 A century and a half ago, women and men led very different lives. Women could not vote or make their own money. They had no control over their own bodies. A father would make his daughter’s decisions until she was married, then her husband would take over.

This changed when women began to organize.

In this book, writer Marta Breen and illustrator Jenny Jordahl use a graphic approach to tell the story of women’s movements and their many dramatic battles in the tradition of comics, drawing some strong reviews in the process.

Geraniums on the Balcony 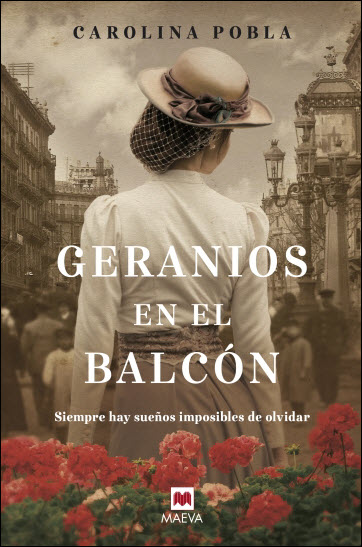 Set in the beginning of the 20th century, Geraniums on the Balcony follows the story of a young man and a woman who belong to opposite worlds and whose paths will cross in Barcelona, shortly before the onset of the Spanish Civil War.

Through the eyes of the protagonists, we know what life was like in Algeciras in the first third of the 20th century; the journey to the United States is a story based on real events and little explored in Spanish literature: that Spaniards who wanted to make their way in North America.

Later, the dreams of Rosario, who wants to be a singer, align with those of Tobias, recently arrived from America, in a Barcelona that breathes life, and fun, but also poverty and secrecy,

In the vein of María Dueñas or Luz Gabás’ novels, this story will appeal female readers in particular. 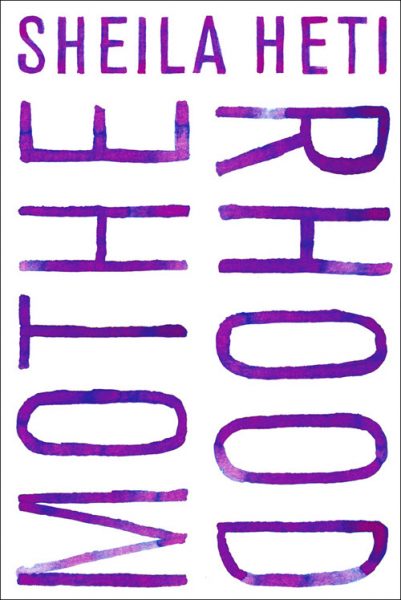 In Motherhood, Sheila Heti asks what is gained and lost when a woman becomes a mother, treating the most consequential decision of early adulthood with the candor, originality, and humor that were praised by many in How Should a Person Be? and Women in Clothes.

In her late thirties, when her friends are asking when they will become mothers, the narrator of Heti’s intimate and urgent novel considers whether she’ll do so at all. In a narrative spanning several years, casting among the influence of her peers, partner, and her duties to her forbearers, she struggles to make a wise and moral choice. After seeking guidance from philosophy, her body, mysticism, and chance, she discovers her answer much closer to home.

Motherhood is a novel that can spark lively conversations about womanhood and parenthood. 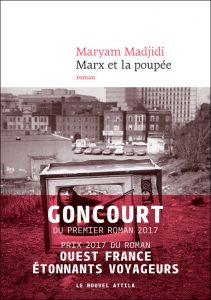 Inside her mother’s womb, Maryam is at the forefront of the Iranian revolution. Six years later, she and her mother join her father in exile in France.

Maryam loses her home, her family, her toys, her favorite doll. As she adapts to life in France, she loses her mother tongue, but gains another language, and learns how roots can be a burden, a shield, or even a weapon of seduction.

The book won the Prix Goncourt du premier roman, 2017 and the French Voices grant 2018 for translation into English.

A US publisher is particularly desired.

Book One in the Stillhouse Lake series by Rachel Caine 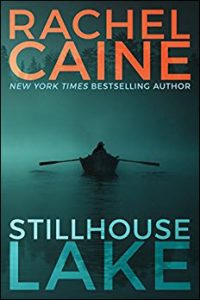 Gina Royal is the definition of average—a shy Midwestern housewife with a happy marriage and two adorable children. But when a car accident reveals her husband’s secret life as a serial killer, she must remake herself as Gwen Proctor—the ultimate warrior mom.

With her ex now in prison, Gwen has finally found refuge in a new home on remote Stillhouse Lake. But just when she’s starting to feel at ease in her new identity, a body turns up in the lake. 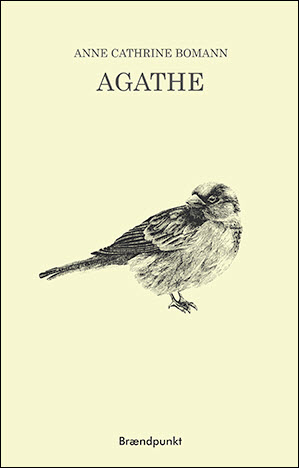 In this debut, the title character steps in to a medical clinic and inspires profound changes within the doctor himself.

Every day he walks the short distance to his practice, where he spends his day talking to patients and listening to their problems, but even this has become boring and trivial to him. Often, he resorts to drawing bird caricatures of his patients instead of taking notes. His social life consists of brief conversations with his meticulous secretary Madame Surrugue, who has reigned over the clinic for more than 30 years. The two of them have no relationship outside the office, where everything runs smoothly and uneventfully.

Until the day the young German woman called Agathe arrives and demands to see the doctor, even though he isn’t taking on new patients because of his imminent retirement. The doctor is forced to confront his fear of true intimacy outside the clinic. Is it too late to reconsider your existence as a 71-year-old? 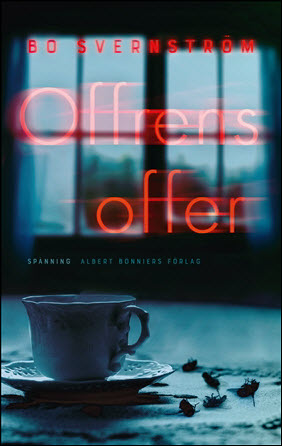 Reported rights sales (each sale is for two books):

When the mutilated body of a man is found in a barn, chief inspector Carl Edson prepares for a routine murder investigation. When a second body is found, the investigating team realizes that signs point toward the attacks having a link the police have yet to find, one that echoes dark and violent events from the past.